Call Me Evie, Imperfect, You Know You Want This

Call Me Evie is our First Book Club pick for February – read an extract from the novel, and join us on 21 February for an in-conversation event with the author at Hill of Content bookstore in Melbourne.

In the wake of a traumatic event, how difficult is it to pick up the pieces of your life? Call Me Evie is an absorbing psychological thriller that explores this question by drawing its reader deep into the mind of a person who is questioning their own sanity. Melbourne teenager Kate has been whisked away to a tiny coastal town in New Zealand by a middle-aged man who claims to be protecting her from sinister, unnamed and largely unseen pursuers. Kate’s captor, Jim, tells her she must now go by the name of Evie, and that she cannot reveal her true identity or past to anyone.

J.P. Pomare’s narrative flits back and forth between past and present – ‘before’ and ‘after’. In the ‘before’, Kate is a normal high school student, with friends, a boyfriend, and average teenage dramas. In the ‘after’, she is Evie, locked in her bedroom at night and restricted in where she can go, and who she can talk to. Jim tells her she committed a horrible crime back home, but won’t tell her exactly what it is she did, claiming she’s not mentally strong enough to hear the truth.

Kate/Evie has no clear recollection of this ‘incident’, nor does she have a clear understanding of the fallout from what it is she has done, or whether she even did anything at all. Jim has kept her on a cocktail of sedatives, isolation and fear, and has twisted her perception of her own memories and of the world around her. As such, Kate/Evie is a highly unreliable and unstable narrator, and Pomare builds tension gradually throughout the book using these split narratives – he drip-feeds the reader snippets of Kate’s life pre- and post- ‘incident’, but withholds the full details of what happened until the very end.

[Call Me Evie] is the kind of novel that inserts itself into your mind and lingers for a long while… equal parts satisfying and sinister.

Psychological thrillers are often structured to keep readers in the dark about a central crime or violent incident – it is a reliably effective way of keeping a novel well-paced and compelling, keeping readers turning pages well into the night. In Call Me Evie, the use of this technique doesn’t just hold the reader’s attention, it makes them question the very nature of Kate/Evie’s reality.

It’s difficult to tell if what she thinks about herself is even true, which memories are real ones, and who is working against her. Kate/Evie is trying to recover her sense of self following a murky trauma, and the way Pomare has pieced her story together makes for an almost volatile reading experience – twists and turns become sharper, revelations of the truth more shocking, and the horror of her situation is heightened. This is the kind of novel that inserts itself into your mind and lingers for a long while, in a way that is equal parts satisfying and sinister.

If you read a cultural critique and find yourself continuously nodding along, thinking mmm, I agree, then what’s the point? Preaching to the converted is a useless exercise.

Imperfect by Lee Kofman is a challenging read in the best of ways; the literary equivalent of the kind of conversation that picks and pulls at your assumptions and forces you to rethink how you view the world.

Initially reading as pure memoir, Kofman tells readers how she came to have her own ‘imperfect’ body (defined in the book as ‘any type of bodily appearance that deviates from what is considered to be ‘normal’ in Westernised countries’) – scars on her chest as a result of treatment for a congenital heart defect, and a leg that was injured when Kofman was hit by a bus, all of which occurred before the age of 11.

The story of Kofman’s relationship with her scars and their lifelong impact on both her inner and outer lives grounds this book, giving structure to a wider exploration of how society views people who aesthetically differ from the norm. It’s a launching pad for necessary conversations, tackling our attitudes towards obesity, dwarfism and body modification, among others.

Imperfect is the kind of book where you want to underline sentences, that drives you to write counterpoints in the margins.

Kofman frames beauty as something that should not be an all-consuming pursuit, but that can’t fully be dismissed either. Drawing on a mixture of history, original interviews, contemporary texts and pop culture, Kofman points out our blind spots, the coded messages we’ve unthinkingly accepted (such as films and literature using scars as shorthand for evil or wrongdoing), the ways we’ve all been conditioned to conceal parts of ourselves that don’t conform to (often paradoxical) ideals of beauty.

This is a book filled with things we should be thinking about, but aren’t.

The depth of Kofman’s research is impressive, though occasionally some of her examples from film, television and ​literature draw a long bow, and the various examples and interviewees mentioned throughout can be difficult to keep track of due to their sheer volume.

The book is filled with many opinions and conclusions that, while well argued, I didn’t agree with – which is what makes it such a valuable read.

Too often books tell us things we already know, stoke fires that are already healthily burning. They’re nice, but nothing. Imperfect is the kind of book where you want to underline sentences, that drives you to write counterpoints in the margins, that makes you angry at others and at yourself. It challenges without alienating, it invites further thought – and so has the potential to create actual change.

If You Know You Want This was a person, it would be the kind who demands, without remorse or consequence: pay​ attention to me. Someone who aims to impress with debauched tales of malevolence and mayhem in uncomfortable detail, while forgetting to ask how you are. Whose instinct when squirming with sadness is to use anything – phones, leather jackets, romantic partners – to keep warm, as well as for positive reinforcement.

Kristen Roupenian’s debut collection contains a dozen short stories, including the viral sensation ‘Cat Person’, published late 2017 in The New Yorker – a story of an innocent meet-cute that quickly devolves into a lecherous, toxic power struggle. From the very first pages, You Know You Want This makes its ‘BYO gag reflex’ policy clear.

If You Know You Want This was a person, it would be the kind who demands, without remorse or consequence: pay​ attention to me.

There’s a lot going on inside the dark, shadowy coves of Roupenian’s mind: cruel love triangles bolstered by codependency; culture clashes that push white saviours to their limits; girls born into royalty being reduced to ‘clean white skulls’ in old age; men trying desperately to convince the world they’re ‘nice guys’; grown women considering the benefits of biting their co-workers.

Yet there are gaping weaknesses here, too: what made ‘Cat Person’ successful – articulating a feeling of unease that didn’t suit the backlash of a nonfiction essay but that twisted, contorted and ripped apart how we construct ‘relatability’ under the guise of fiction – doesn’t carry through in other stories. In ‘Scarred’, a young woman buoyed by a pamphlet of spells she finds in a library reflects on the experience of encountering otherworldly forces: ‘I knew it,’ she says, gleefully. ‘I knew the world was more interesting than it was pretending to be.’ One might wonder if this conceit is perhaps a shortcoming of this collection.

This isn’t to say Roupenian isn’t gifted: there are beautiful snatches of prose scattered throughout the pages; for example, how a pre-adolescent girl’s brush with evil is described as ‘a tiny pinprick of light, nearly imperceptible against a backdrop…of other, brighter stars’, and occasionally incantatory language (‘Hey, it’s just a prank. A harmless joke. Just a small taste of sticky-sweet revenge’) that wrestles – convincing and disbelieving – with itself. Tonally, You Know You Want This aims to follow its bigger sisters (think Mary Gaitskill’s Bad Behavior; or Masha Tupitsyn’s Beauty Talk & Monsters), but its horror-movie prose, affection for gore, and keep-reading-till-you-feel-nauseous quality feels more like R. L. Stine’s Goosebumps series for the post-#MeToo millennial generation. 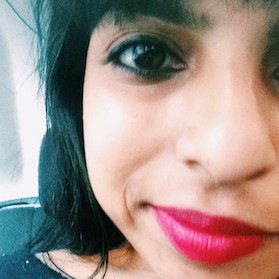 Nathania Gilson is a Melbourne-based writer and editor. She tweets @unicornology. 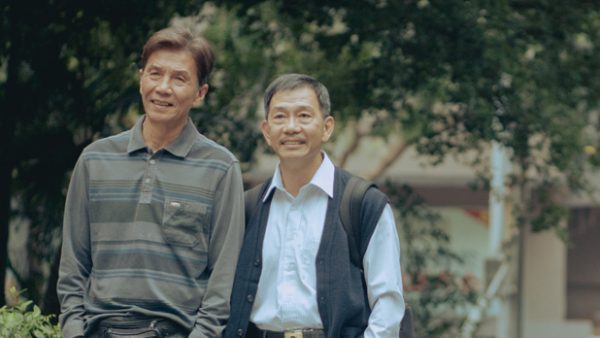 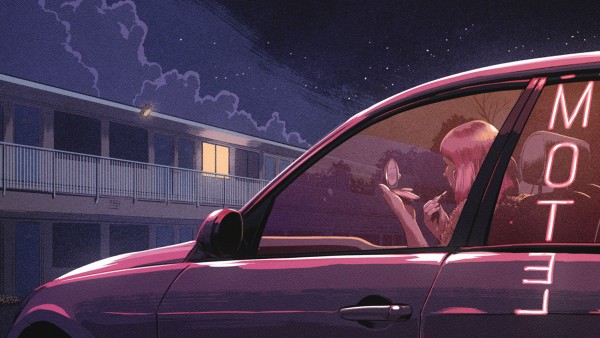 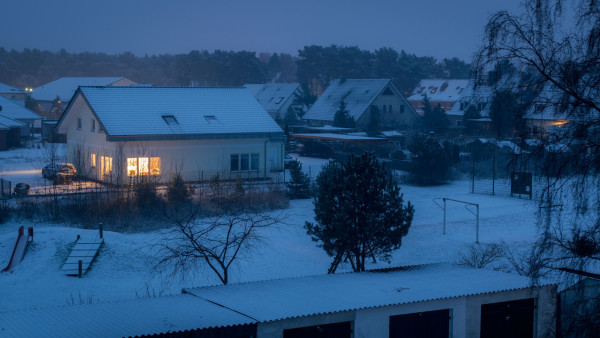 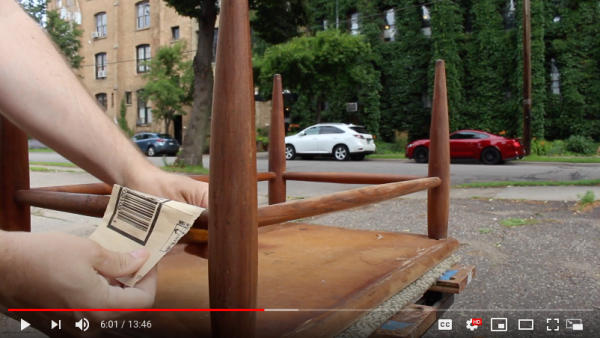