While women and mothers in popular culture endure seemingly endless scrutiny, the bar of mediocrity for fathers remains remarkably low. Is the progress we demand in broader society being reflected on‑screen? 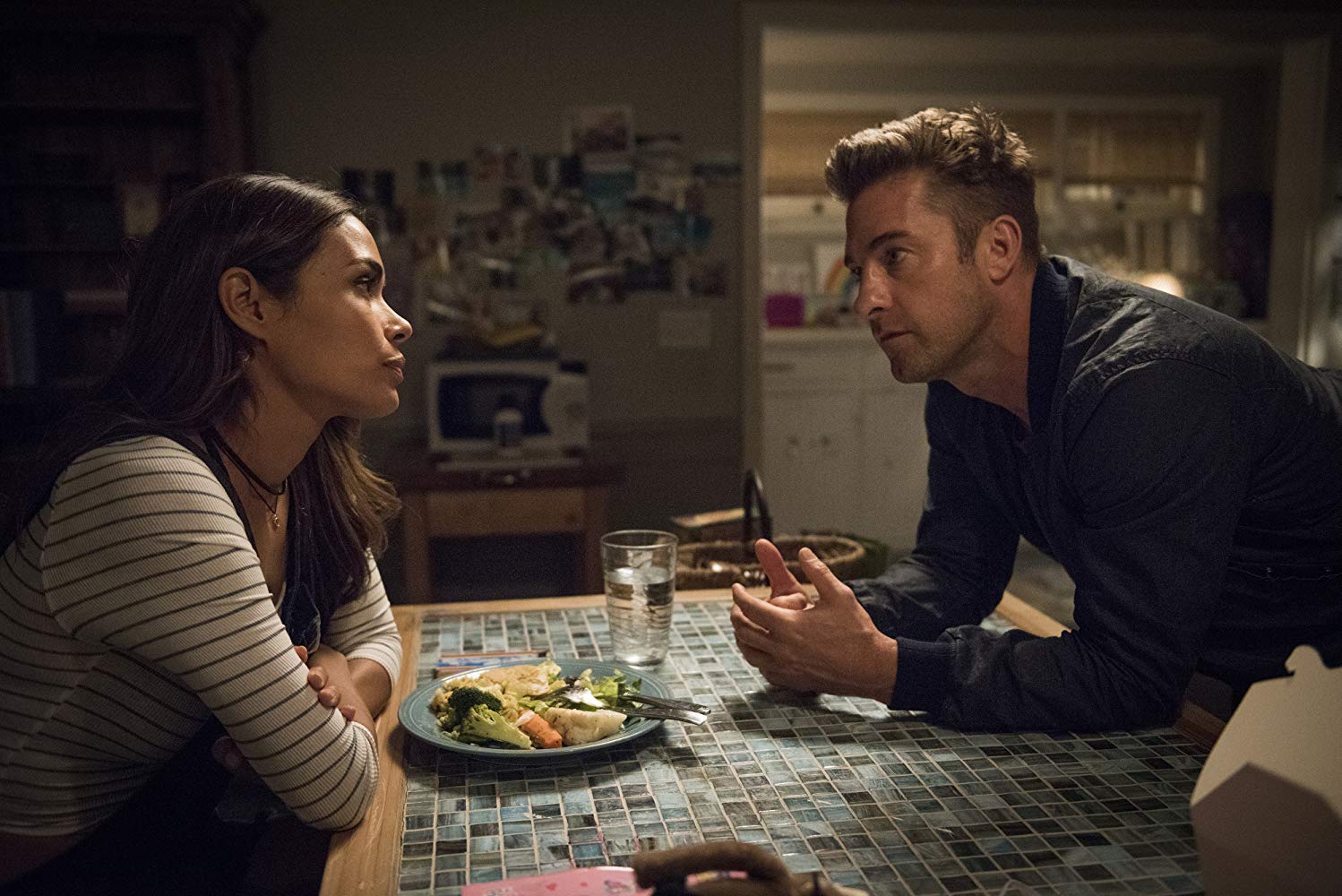 Since the majority of creative leads in TV and film are still disproportionately men, examining screen portrayals of manhood – specifically fatherhood – makes for a curious study. And why not? Women on-screen have endured decades of myopic depictions and dialogue amid a deeply entrenched culture of gendered objectification and scrutiny. An increased critique of male subjectivity is well overdue, and with an influx of content pouring through on-demand streaming platforms, we have a plethora of case studies to choose from.

Much like the 2010 Australian film, the US TV remake of Animal Kingdom explores factors of dysfunctional parenthood paired with an amusing feat of hyper-masculine extravagance. It’s a gripping body of work centred on the Codys, a ​volatile family of organised criminals running amok in California’s Oceanside. Under the close watch of their emotionally abusive mother Smurf (Ellen Barkin), ‘her boys’ live a life of organised and impulsive violence, infidelity, and (lots of) sex and drugs.

But while Smurf is a larger-than-life matriarch, a subplot based on adopted son Barry ‘Baz’ Blackwell (Scott Speedman) and the dynamic he has with his eight-year-old daughter Lena (Aamya Deva Keroles) is a more subtle, gripping tale. A distracted, short-fused father, Baz is perpetually absent in Lena’s day to day life. His focus shifts between appeasing his mother, maintaining gang leadership, and nipping off to Mexico to fuck his mistress. When Lena’s mother is murdered, Baz is as emotionally and physically distant as ever, shafting his daughter between family members, swooping in and out of her world – he is so preoccupied, he regularly forgets she exists.

In Donald Glover’s series Atlanta, his character Earnest ‘Earn’ Marks is a bright Princeton drop–out hustling the Atlanta rap scene. Here, Glover explores factors of race and the heightened pressure to succeed as a Black man with the legacy of the Civil Rights movement breathing down his neck. Always on the go, Earn’s lifestyle, by patriarchal default, appoints Lottie’s mum Van as sole caretaker, forcing her into onerous domesticity while he tends to men’s business. Evident is the disconnect between father and child, when in one scene young Lottie quietly traces her hand through Earn’s beard as if to re-familiarise herself with his face. Like Baz in Animal Kingdom, Earn’s perpetual pre-occupation with the job is juxtaposed with his absence as a father.

Where there are shitty dads, there are almost always women working tirelessly to fill the void.

None of this is to say that a household needs a male or father figure (good, mediocre or otherwise) present to substantiate function or happiness. Nor should a screenplay factor in didactic depictions for the sake of appeasement. Rather, mediocre fatherhood is deeply embroiled in existing cultural systems and portrayals of insidious gendered discord. As a result, where there are shitty dads, there are almost always women working tirelessly to fill the void.

But fatherly mediocrity isn’t always obvious. Examining TV’s good (or even just ‘alright’) fathers from the last few decades, presents a dense portfolio of semi-parodic, mildly incompetent caricatures, lampooned as overgrown children in need of regular training (the Ray Romano or Jim Belushi type). On-screen fathers appear to be either hyper-masculine saviours or incompetent fools – there is little middle ground.

For a while in the 90s it seemed like things were slowly shifting. Walter Stratford (Larry Miller) in 10 Things I Hate About You is a stroppy, balding, round-bellied single dad with a huge heart and a case of neurosis. He’s also a practicing obstetrician, terrified of the adult world his teenage daughters are embarking on: ‘I’ve got news for you. Kissing isn’t what keeps me up to my elbows in placenta all day long.’

This dynamic is typical of white, middle-class America, where women who are coming of age are seen as ‘otherly’ and either in need of chivalrous protection, or else outright sluts who ought to know better. Even so, we still root for Walter, the love behind his out-of-touch ways obvious.

On-screen fathers appear to be either hyper-masculine saviours or incompetent fools – there is little middle ground.

The 90s also gave us Forrest Gump. Moments after learning of his school-aged son’s existence, Forrest is engulfed immediately with emotion. From there, we see him step up and into the role of primary caretaker with a tenderness and devotion that broke us in two.

That said, today’s predominant idea of on-screen masculinity remains rooted in the legacies of such creators as Stanley Kubrick, who stylised patriarchal ultra-violence and sexism, Quentin Tarantino who glorified it, and Matt Groening who politicised it through his iconic sitcom. And while David Fincher’s work from the 80s onwards cleverly examines the toxic masculine paradigm disguised as the ‘American Dream’, his messaging was largely overlooked in favour of the Michael Douglas archetype he arguably created.

As a writer, feminist and participator in the arts, I wrestle with conflicting desires: for popular culture (and the daddies within it) to embody the progress we demand of society, but also for our contemporary realities to be reflected accurately back to us. In 2019, amid a Trump presidency, #MeToo, and the globalisation of consumer-generated media, to be engaged in culture is to be a critic. As contemporary consumers, we feel implicated in what’s in front of us. If the art is bad, we’ll make it known. If it’s simultaneously harrowing, mirroring, or worthy of discussion, it becomes reciprocal no matter how virulent or regressive its themes. Which is to say, we’ll continue to endure shit daddies on screen, but on the basis of critique and/or cultural observation.

New media’s ostensible ‘daddy’ of enlightenment, Jordan Peterson, would likely beg to differ. With a growing audience of textbook-loving ‘Type A’ men, Peterson enjoys spouting studies skewed in favour of the capitalist-patriarchal nuclear family which prescribes cisgender heteronormative parenthood as a central and primary truth. Peterson advocates for the rough-and-tumble dynamic a present father brings to the average household, pushing it as the exemplar for raising healthy children.

But while Peterson’s trope is soaked up by masses of men eager to clutch onto all they know, he fails to interrogate the flaws in the very system he draws from in the first place. Peterson references studies from societal contexts which have long been patriarchal, thus long been broken. Absent in his argument is the reimagining of societies and systems that enable diverse and ‘unconventional’ family structures to flourish.

I want popular culture to embody the progress we demand of society, but also for our contemporary realities to be reflected accurately back to us.

Certainly, on screen, there is evidence of progression. We see it in the character, Bandit, from the hugely successful Australian animated series Bluey (2018). Intended as a show for both children and adults, Bluey presents a warm, idealistic depiction of fatherhood void of paternalism. Bandit is an engaged, gentle and patient father in a family of cute, humanoid dogs and dingoes​. Shifting fluidly between adventures and domesticity, Bandit rolls with the punches, subtly rejects gendered rigidness, and values the power of play.

We’re ready to see the normalisation of paternal tenderness on our screens. As well as single parents and carers, gender non-conforming parents, trans parents, and same-sex or diverse sex families, as anything but the exception. We yearn for an abundance of portrayals that see those historically on the fringes rebuilding and reimagining – rather than battling up against – societies that allow for living equitably and thriving wholly.

Ideas which were once considered radical, we envisage as the future. Welcomed are narratives that work with or without fathers – good or mediocre. On or off screen. Even if, and especially when, parents have shot through, failed us, or been unable to love us. 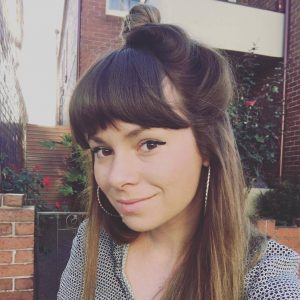 Laura La Rosa is a proud Darug woman, writer, graphic designer, and emerging critic. She is Running Dog's Inaugural First Nations Emerging Critic and a post-graduate cultural and screen studies student at University of Melbourne. With bylines in SBS, Kill Your Darlings, Eureka Street and Big Issue, Laura is passionate about fostering disruptive discourse and elevating vital voices and works through various mediums. 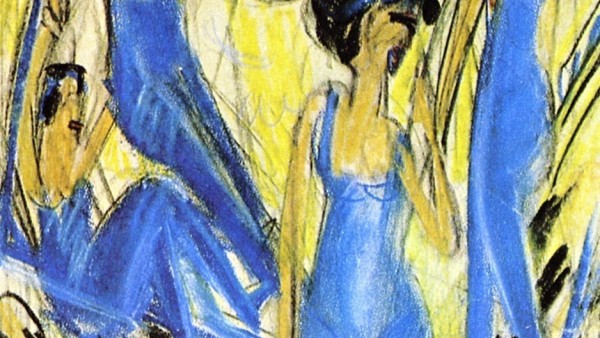 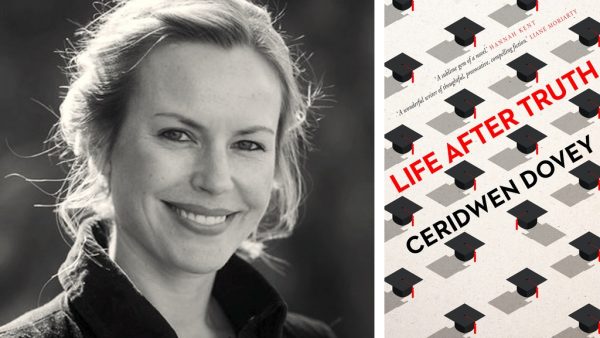 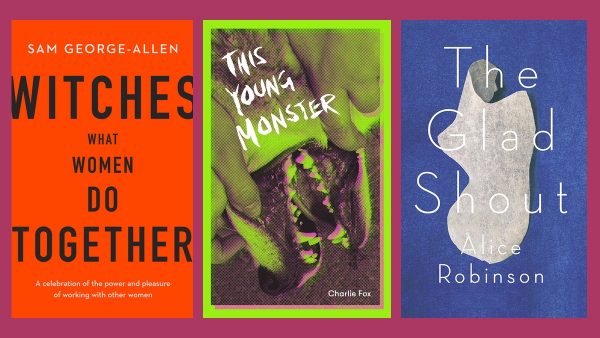 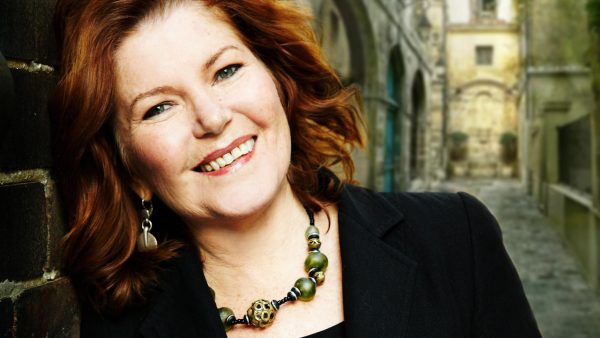 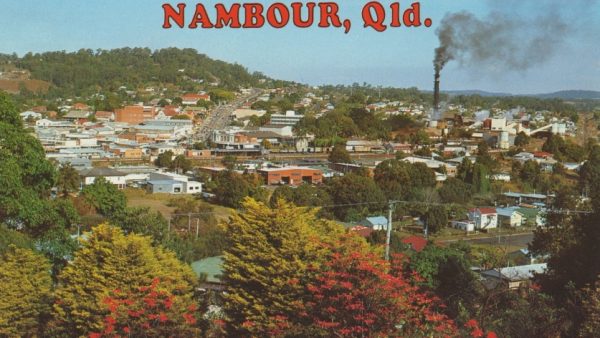