At the end of another bumper year of arts and culture, KYD staff and contributors take you through some of their highlights of the year in books, film and TV, podcasts and beyond.

My favourite TV show of the year is undoubtedly Succession (HBO). It’s a drama-comedy series following the Logan family, who are known for controlling the biggest media and entertainment company in the world. Creator Jesse Armstrong has worked on some of my favourite shows, from Peep Show to The Thick of It, and Succession is an amazing blend of satirical comedy and prestige drama. The characters are all terrible people, but the exploration of how media, politics and family dynasties operate in our society is fascinating.

I’ve seen loads of great films this year, but my favourite thing has been having a new local independent cinema to watch them in! Thornbury Picture House is a gorgeous one-screen cinema in Melbourne’s north. It has a brilliant program, hosts events with local filmmakers and runs its own festival, the Northern Lights Film Festival.

And finally, it’s not exactly light holiday material, but my favourite reading experience of 2019 has been discovering the work of Svetlana Alexievich. I read both Secondhand Time: The Last of the Soviets and Chernobyl Prayer. Alexievich collects oral histories from ordinary citizens from throughout the former Soviet Union, and her books seem to be a completely new way of telling history.

I’ve read some pretty great books this year, but far and away my favourite has been Jia Tolentino’s essay collection Trick Mirror. It’s so satisfying to read something so accomplished and perceptive and vulnerable at the same time. Tolentino expertly unspools the common thread between religion, drugs and hip-hop; between slavery, the frat system and journalistic ethics; between feminism and capitalism, all the while accounting for her own biases and complicities.

On the fiction side of things, Joey Bui’s Lucky Ticket is an astonishing debut, showing how migration and conflict shapes families and communities all around the world (read my interview with the author). Bui’s collection is funny and sad and thoughtful, with some beautifully drawn characters and subtle experimentation, both on an individual story level and as a curated collection.

In the podcast space, my favourite new discovery of the year was Avery Trufelman’s Nice Try!, a warts-and-all series exploring the different kinds of utopias (both noble and problematic) people have tried and failed to create throughout history – not simply telling the interesting stories of honourable failures, but facing head-on the more complex issues of colonialism and systemic inequality that often lurk below the surface.

The film that’s stayed with me since I watched it is Parasite, Bong Joon-ho’s darkly funny, genre-bending excoriation of class disparity. For Biggest Pleasant Surprise I’d nominate Norwegian dramedy series Young and Promising – a smart, funny and complex character study of three ambitious but frustrated friends trying to build stable, satisfying lives in the face of precarious creative careers. I first came across it thanks to Raelke Grimmer’s excellent article on the series, and watching it feels like hanging out with friends.

I was lucky enough to be able to watch shows at this year’s Melbourne Fringe thanks to a review for Liminal magazine, but nothing stood out more for me than Vidya Rajan and Xanthea O’Connor’s The Lizard Is Present, a brilliant satire of the arts industry that was – to sum it up heavy-handedly – ‘performative autofiction’. A torrid brew of truth and mindfuckery, this one-off ‘gala’ got off on both the audience’s revelry and discomfort. In fact, those very factors propelled it.

There’s something about the way Bong Joon-ho tells a story that is at once captivating and clever without dumbing it down for the audience. A black comedy about a down-and-out family who scams their way to survive, Parasite is a compelling tale about social mobility, hunger, its resultant greed, and how the hamster wheel that drives capitalism is its own losing game. The little glimpses of slapstick that’s signature of the director’s maniacal wit is a big plus.

I loved Blood Incantation’s Hidden Histories of the Human Race – specifically, the song ‘Inner Paths (to Outer Space)’, and its accompanying video. What can I say… I like metal. I like surrealism. I like music that takes me away from the current reality into my own mind, like a sort of detox for the ego.

Finally, Peter Polites’ The Pillars: Lovely alliteration aside, I’ve been a huge fan of Polites’ work since his debut Down The Hume, so much so that I brought both his books down to his equally outstanding talk at the Melbourne Writers’ Festival so that he could sign them (I rarely, if ever, do this). A scintillating look at class, suburban life, materialism and the ravenous vortex of desire that drive people to do (subjectively) questionable things, The Pillars follows in Polites’ signature noirish, pulpy style: a soap opera for the brain.

Losing love and finding it, in this world and the afterlife, is an eternal theme of storytelling. French-Senegalese filmmaker Mati Diop’s debut feature Atlantics grounds the Romeo-and-Juliet tradition in the unequally globalised city of Dakar, Senegal, once a port in the slave trade. The starcrossed are now the have-nots: Ada loses her great love, Souleiman, when he joins their enslaved countrymen at the bottom of the Atlantic Ocean while crossing for an easier life in Europe. When Ada marries the wealthy, malevolent Omar instead, Souleiman’s spirit rises from the oceanic netherworld, seeking justice and connection. The film’s loveliest quality, I think, is that it never bothers to verify the ‘realness’ of ghosts, nor does it deeply engage with genre conventions. In its flickering political resurrection of a cursed everyman, Atlantics does something astonishing: it transforms the plights of severely oppressed people into an affirmation of the lives of those left behind, via a transcendent, romantic cultural reckoning.

Though cinema is mostly terrible at capturing ordinary love, Marriage Story, Noah Baumbach’s Woody Allen-esque tale of a marriage’s downfall bucks the rule. The film’s soon-to-be-exes, Scarlett Johansson and Adam Driver, can still remember what they once loved about one another, and its in the amicable heart of their separation that the story becomes most heartbreaking. That’s the awful paradox of many breakups – the lost futures, the details collected from two entwined lives – and Baumbach captures it all in fragmentary flashbacks, splendid monologues and zippy camera movements borrowed from Wes Anderson and Mike Nichols.

Wise and political, Italian writer-director Alice Rohrwacher’s Happy as Lazzaro begins in some unnamed decade in a ragged valley of peasants toiling under still-feudal conditions. It ends in the present day, in a sterile bank in the city, and yet one character bridges the time divide – Tancredi, an angelic-cheeked young man, cursed with a dreamy imagination and the fate of his class. The moment when Happy as Lazzaro shimmers across the realm of social neo-realism to magical realism is almost imperceptible, and it marks a moment when political commentary (and filmmaking itself) becomes a creative act of faith.

For me 2019 was a year for data-driven, thorough analysis of gender-based inequality – it brought us Caroline Criado-Perez’s Invisible Women: Exposing Data Bias in a World Designed for Men and Jess Hill’s perceptive analysis of domestic abuse in See What You Made Me Do (read Alice Cottrell’s interview with the author). Combining individual stories with hard looks at the justice system, it’s a difficult but necessary read that avoids easy answers and scrutinises society’s flip-flopping between avoidance and retribution over reform or the victim’s wellbeing . Here’s hoping the documentary next year spreads the results of her work even further.

It’s not exactly going out on a limb when the Readings Prize backs you up, but I couldn’t report on this year’s favourites without mentioning Alice Robinson’s The Glad Shout (read our review). In it, a young woman and her family are driven from their home by a storm that destroys much of Melbourne. Along with others they take shelter in a stadium, but with aid unlikely and hostility growing, stable ground is hard to come by. Not only was it a brilliant read, a character-driven novel that I couldn’t put down for wanting to know what happened next, it succeeds at making the results of climate change feel visceral and immediate.

If a more dire version of our world isn’t what you need right now I’d recommend curling up with Casey McQuiston’s Red, White & Royal Blue. In it, Trump is not the US president (it’s a woman) and the English royal family is thoroughly fictionalised. The story is the relationship between the President’s son, Alex, and his nemesis, England’s Prince Henry. Alex is convinced that Henry is a stuck-up, bland, cardboard cut-out of a prince and he hates him with a burning passion. You’ve seen rom-coms – you know where this is going. Imagine The Hating Game crossed with The West Wing and you’ll have a decent feel for this story of international relations, re-election campaigns, Star Wars and rogue turkeys. You’ll laugh, cry and place it on hold for all your colleagues.

Now that you’re on an escapist bent, go all the way with Tamsyn Muir’s Gideon The Ninth. This was definitely the weirdest book I read all year (Necromancer nuns! Bone servants! Witty quips!) but Gideon’s voice has been hanging around in my head pretty firmly since I finished it. That and the amount of time I spent going ‘Wait. What?’ seems a fairly good indicator that I should be recommending it far and wide. Extra points for the black edging on the pages.

Kalhari Jayaweera, ‘Tom Holland’s ‘Umbrella’, Womanhood and Me’ (our most-read article of 2019)

In preparation for the release of the Little Women movie this summer, I’ve read pretty much everything on the Internet about it. Emily Alford’s thoroughly enjoyable defence of Amy March had me rethinking my childhood devotion to everyone’s favourite March sister, Jo.

I came late to the party, but undoubtedly the highlight of the year for me was Carmen Maria Machado’s incredible Her Body and Other Parties. If you haven’t already, you should at least read ‘The Husband Stitch’, a story of women’s desire, horror and ultimately, who gets to be believed in ​stories. In a similar vein, Sam George-Allen’s Witches: What Women Do Together finds common ground between communities of women who have often been dismissed, from fangirls, sportswomen, trans women (written with Liz Duck-Chong), Aboriginal women (written with Aunty Dawn Daylight) and, of course, witches. (Hear our event with Sam George-Allen on the KYD Podcast.)

And over the last few days, as I’ve woken up to the smoke smell leaking in through my window cracks, I’ve thought often of Tanya Vavilova’s short story collection Grub, which I read earlier in the year. A reimagining of Sydney after a climate apocalypse, her stories are at once macabre and deeply funny, and now seem remarkably prescient. 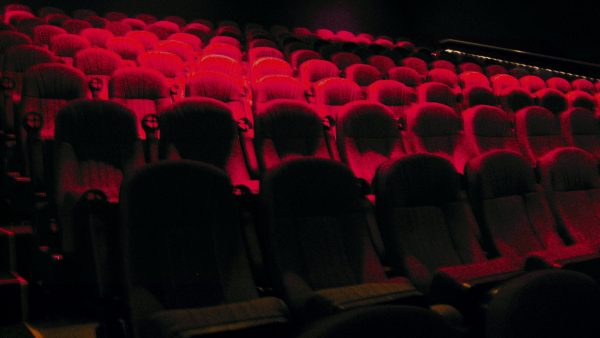 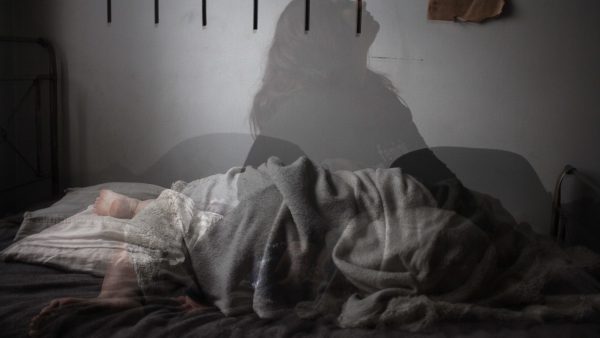 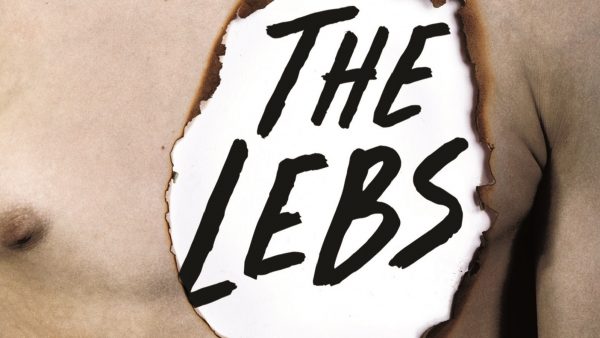 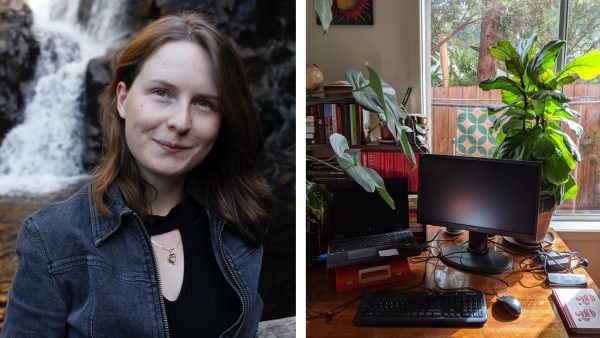