In January 2010, new legislation was passed in South Australia concerning the treatment of R-rated films. The Classification (Publications, Films and Computer Games) (R 18+ Films) Amendment Bill 2009, spearheaded by Dennis Hood of the Family First Party and announced by the office of outgoing Attorney-General Michael Atkinson, stipulated that all R-rated films available for sale or hire in South Australia must either be shelved and displayed separately from other titles, with labels warning their content might offend, or separated from those titles with lower classifications with their cover art removed, replaced with minimalist packaging.

This legislation, conceived after Hood’s young daughter picked up an R-rated DVD while they were out shopping one day, is designed to ensure that young children aren’t introduced to unsuitable material. In itself, this is reasonable enough: children shouldn’t be exposed to graphic content that they’re not psychologically or emotionally equipped to process or contextualise. But there are far greater consequences resulting from the legislation – the most troubling being that many culturally and socially influential films have been relegated to a ‘behind the counter’ or ‘segregated’ status on the basis of their R-rating.

After this legislation was announced, I didn’t go into a DVD store or rental outlet for at least a month. I didn’t want to see these changes put into practice – they depressed me. During that month, friends and acquaintances who had previously shared my revulsion about the legislation mellowed out; they continued shopping and let the matter slide. Some even suggested that ‘it wasn’t all that bad’, and weren’t opposed to businesses segregating their R-rated stock rather than jettisoning it entirely. By the time I got around to visiting my DVD store, however, I hadn’t mellowed out. And now, almost a year later, I still haven’t.

Whenever I go DVD shopping these days, I am infuriated to see all the segregated titles. Films like Dirty Harry, The Exorcist, The Evil Dead, Videodrome, Blue Velvet and Trainspotting. Some of these films are widely regarded as works of art; most at least as works of considerable artistic merit. But due to the Classification Bill, these films have been devalued as such. In fact, they are being reduced, as commentators like author John Birmingham and Gizmodo writer Nick Broughall have pointed out, to the status of pornography. Rather than being freely available, they are being shelved separately from other films (and in some cases removed from stock entirely), or stripped of basic dignities like cover art – all of which can feed into a negative perception of their content and quality.

The problem with this new law is that it has redefined film as a commodity rather than art. For these legislative crusaders, films are consumer products, no different to alcohol, jewellery or cigarettes. And in their eyes, R-rated films, like cigarettes, are potentially harmful products.

But is A Clockwork Orange so morally repugnant that it must be isolated from other films? It is certainly not suitable for cubs, but it’s a film of enormous social and cultural merit: a complex, satirical work containing challenging and confronting subject matter that could not have been explored with the same level of artistry and integrity within the limitations of a lower classification.

It’s important to consider precisely what is being lost in this effort to reduce the circulation of R-rated sex and violence. Take, for example, Martin Scorsese’s Taxi Driver, Michael Cimino’s The Deer Hunter, and Francis Coppola’s Apocalypse Now. This trio from the 1970s expressed American society’s pessimism and anger over the Vietnam War. Apocalypse Now is one of the grandest (and loopiest) anti-war films ever made: it represents war as a descent into madness and hell, into the heart of darkness, to borrow the title of the film’s inspiration. The Deer Hunter explores how war fractures communities, families and friendships; it is, stylistically, a world apart from the hyperbolic Apocalypse Now.

Taxi Driver, on the other hand, doesn’t explicitly grapple with Vietnam to the same degree, but the shadow of the war haunts the film, as veteran Travis Bickle searches for meaning in a world irrevocably changed, finding violence as his only means of expression. These confronting films are harrowing anti-war statements that expose how military conflict alters humanity.

Hood’s legislation too easily rejects some R-rated films on the basis of their supposedly ‘harmful’ content. The Texas Chainsaw Massacre is certainly a nasty mouthful, and the film’s plot concerns a psychotic doing damage to bodily appendages with the titular instrument. However, to dismiss Tobe Hooper’s film on this basis ignores the film’s achievement of psychological suspense and low-budget, independent, guerrilla filmmaking. Paul Thomas Anderson’s Boogie Nights explores the American pornographic film industry, while Bernardo Bertolucci’s Last Tango in Paris is outwardly about two strangers engaging in illicit sex, but to say these films are only about graphic and gratuitous sex ignores every nuanced observation they make about sexuality.

I am focusing, of course, on films at the higher end of the artistic spectrum. My conviction, of course, also applies to films directed by Uwe Boll, gory horror sequels, and video nasties like I Spit on Your Grave and Last House on the Left – to suggest that some R-rated films deserve better treatment than others is sweepingly reductive. While not all films are created equal, quality is in the eye of the beholder: I’d happily call Cheech & Chong and Troma movies art or something like it, and Australian academics like Barbara Creed and Carol Clover have argued that I Spit on Your Grave is a work of cultural value.

But, really, all this is beside the point: as an adult in a free society, I should be able to choose films to buy or hire from a surplus of titles, without having my choices regulated by higher authorities.

I can’t imagine this legislation does much for South Australia’s reputation as an arts hub. I suspect that very few states with major arts festivals and a burgeoning international film festival would devalue the works of directors like Terry Gilliam, Mike Leigh or Catherine Breillat. The Classification Bill doesn’t do much for Australian cinema, either. George Miller’s Mad Max, for example, has been frequently cited by commentators like Birmingham when criticising the legislation. This landmark Australian film – an exhilarating, innovative, iconic piece of national cinema – has been marginalised under the new law, along with films like Bad Boy Bubby (directed by former South Australian of the Year, Rolf de Heer), Stone, Romper Stomper, Head On, Chopper and Wolf Creek.

I fear the biggest casualties of this law won’t be Australian films from the past, but those of the future. If these films continue to be treated as ‘harmful’ products, bad for our health, it’s possible that future generations of Australian filmmakers will be made ignorant of important precursors, forgoing an essential cinematic and cultural education.

Ben Kooyman works at the University of South Australia, writes and illustrates a comic named Hamlet vs Faustus, and blogs at: brazzavillians.blogspot.com. 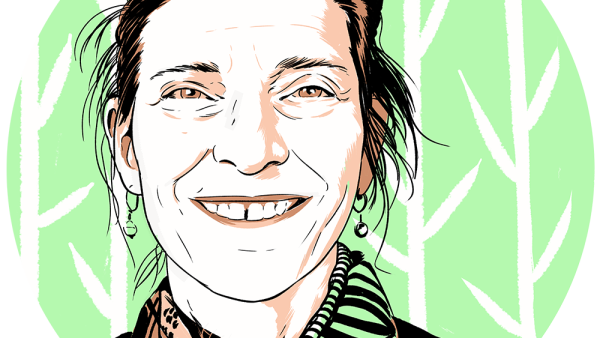 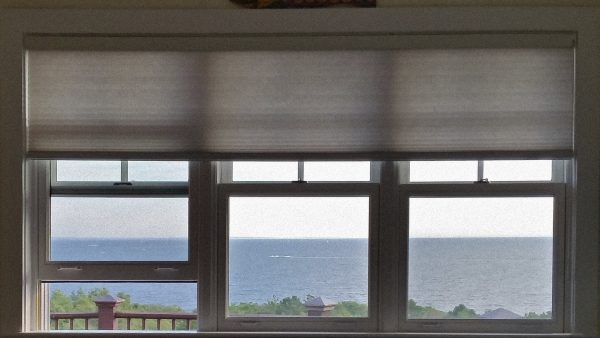 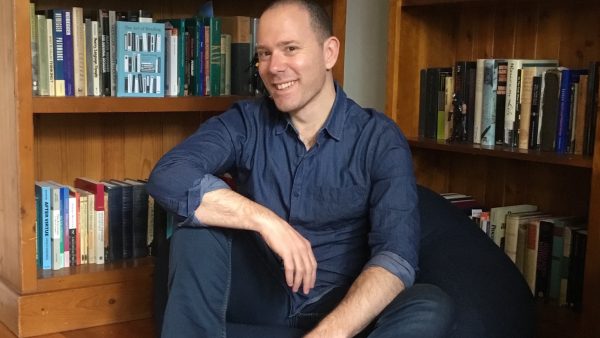 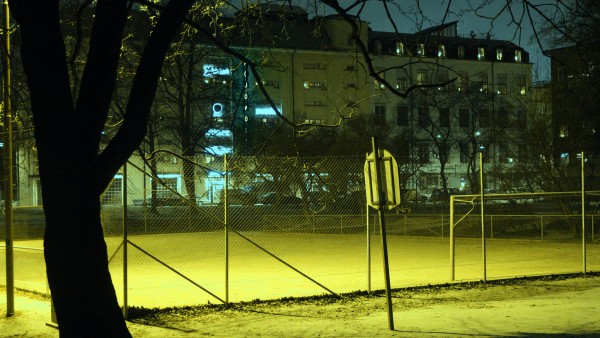 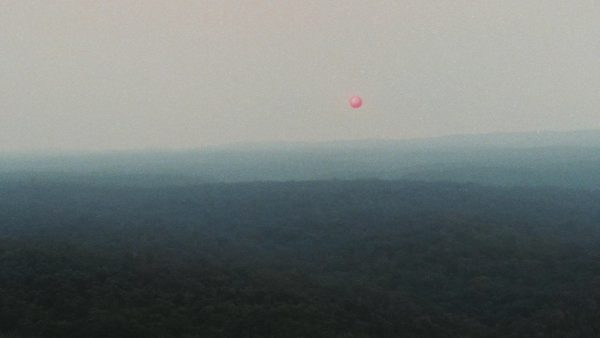 Notes from a Black Summer 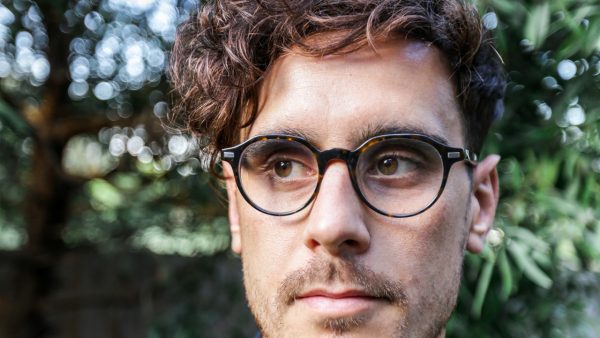