This month’s reflection is from Jessie Tu, whose debut novel A Lonely Girl is a Dangerous Thing (Allen & Unwin) is our July pick. Read Ellen Cregan’s review, and stay tuned for more on our website and podcast throughout the month! 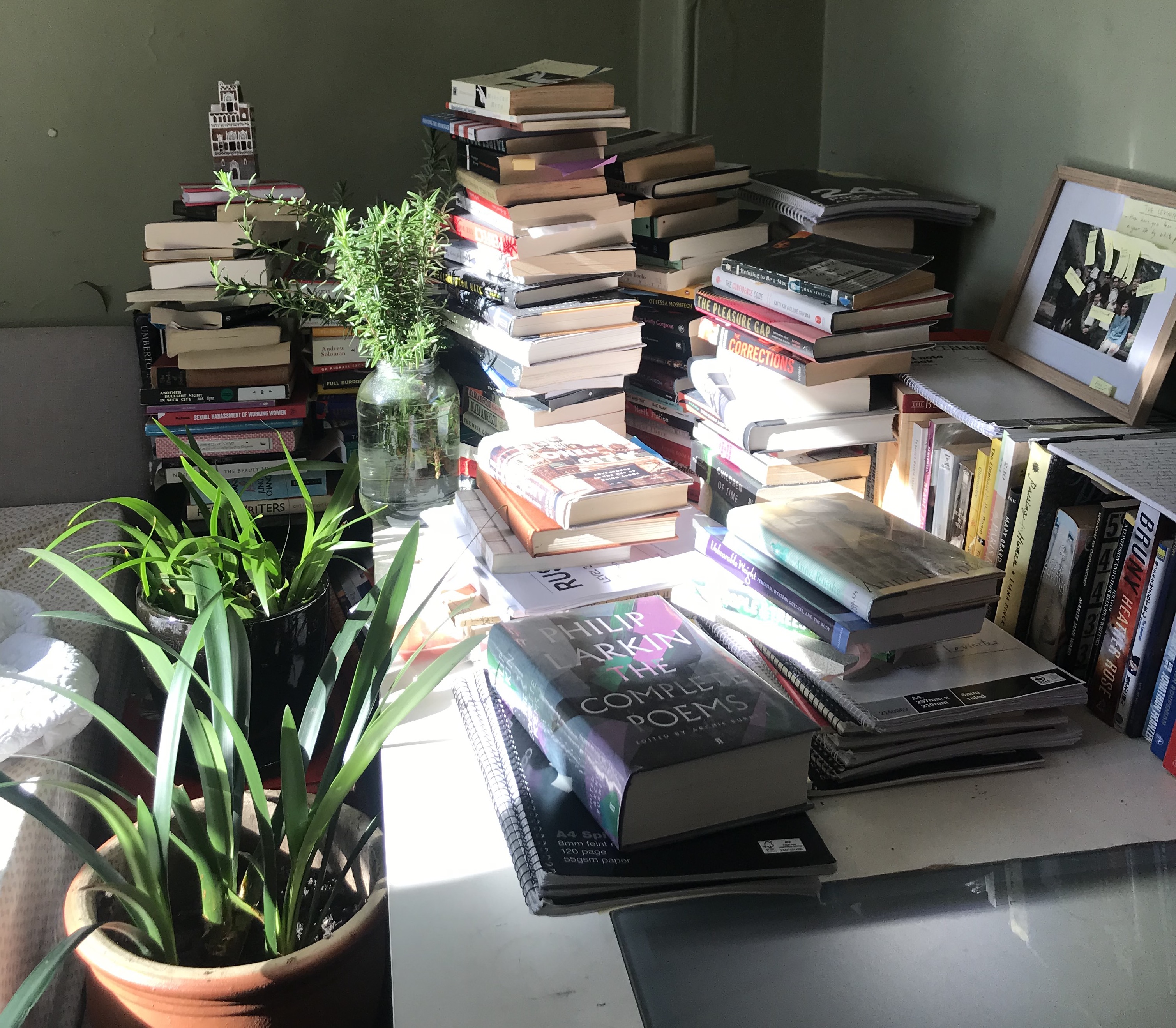 I’m re-reading Susan Bordo’s Unbearable Weight. It’s a delicious collection of essays about the relationship between women’s bodies, capitalism and the patriarchy. My feminism (and therefore, my coming into a sense of myself as a whole human being) began in my late teens, but I still feel a constant state of perpetual shock by the ways in which this world really operates on women being chronically dissatisfied with themselves—and this dissatisfaction is taught. We are taught as little girls to find ways to find flaws in our bodies, our minds. And little girls grow up to be adult women with many self-esteem problems.

In this book, I think I find some sort of comforting resolve. Bordo describes harsh realities that crystallise what I’ve been thinking about for years but have never been able to articulate. This idea of women being the ‘done to’, not the ‘doer’, and how throughout history, women’s lives have been dictated and centred and altered by the power of male desire. And it continues today. If I didn’t read people like Bordo, or Barbara Johnson, or Andrea Dworkin or Susan Sontag, I would probably suffocate. I’ve only ever found myself in the writing of other women.

Bought. In recent years, most of the books I own I purchased from the US. Perhaps I ought to feel a bit ashamed about this, but almost 100 per cent of my literature consumption comes from the US. Last summer, my two best friends and I went on a road trip around rural NSW. During one of the long stretches, one of my friends started telling us about an academic feminist gender studies professor he’d read while he was at university. I was surprised I’d never heard of Bordo. The day we arrived back in Sydney, I jumped online and purchased her book.

I am always looking for a clearer mirror upon which I can see myself, and my world, reflected back to me. Good writing about the realities of being a woman does not have the precedence that male writing has. We’ve only really had the opportunity for deep analysis and recognition of our own unique humanity in the last 100 years. Maybe even less.

I’m a very promiscuous reader. I’ll pick up anything and chug it (except stuff by James Patterson or Vince Flynn or anything by a straight male white writer). I say that but sometimes I break my rule. Recently, I had to put American Psycho down, halfway through, even though I was enjoying it. As I sat down to write my second novel, I found myself writing in the voice of a man that sounded a bit like Patrick Bateman and I was like, oh fuck. I need to stop reading it. I also found myself saying in my head ‘hardbody’ each time I saw a fit woman out in public. How messed up is that?

I am always looking for a clearer mirror upon which I can see myself, and my world, reflected back to me.

I read in bed. It’s the most comfortable place on earth. I reread non-fiction more than fiction. I think I’ve always been drawn more to non-fiction because that is where I’ve seen myself. We reach for art to see ourselves reflected back to us, and literature in the West sorely lacks central characters who aren’t white, and usually, not male. So I’ve actually not ever been a heavy fiction reader. As a reader, if I had to choose between fiction or nonfiction, I’d choose non-fiction.

I love Jonathan Franzen essays. I hate his fiction, passionately, but I live for his non-fiction. He is so unsavoury and unpleasant as a fiction writer, but the complete opposite as an essayist. In his non-fiction, I feel immensely connected to his heart and mind.

It’s a mess. I don’t organise it. I have two small bookshelves and then an oversized table which serves as a vertical bookshelf. I don’t understand the act of ordering books. I couldn’t care less about the optics of how my books are arranged.

When I was at university, I went nuts and bought lots of poetry books. I mean, lots. I recently counted; I have just over 200. It’s insane. I had this dream of buying a property and settling down and creating a home with this huge bookshelf filled with my poetry books and I’d throw weekly soirées where I’d invite all my friends and we’d recite and read poems to each other. It was silly but silly is also serious. Then I got fired from a job when I was 25 and the place I was about to move into, I couldn’t move into. My brother had built me this incredible bookshelf he designed and made. I was going to use it in my new apartment. But that didn’t happen. He’s now using it, and all my poetry books are in his garage. I often visit it to pick up some Dylan Thomas or Seamus Heaney, only to remind myself what I was interested in when I was a young person. I went through a period of spiritual fixation with Seamus Heaney because I had a huge crush on a boy who loved him. When I look at those poetry books, I just see the visual representation of a very porous young girl who took on other people’s tastes because she didn’t have her own.

I am ashamed to say that most of my poetry books are by writers I’d stay clear of today: Yeats, Wordsworth, Blake, Shelley. Brooke. Keats. Lots of Keats. I have seven different editions of Keats collections. I have about ten different editions of Shakespeare’s sonnets. At university, I made my own T-shirts that had lines from his sonnets. I was such a try hard. It’s very embarrassing to look back on those times. I was so desperate to be valued and seen by those people in power (white, straight men). I remember distinctly in Year 7, studying poems about World War I, written during that time, and thinking ‘I need to write like this’, not knowing every single poet was by a white male, about a white male. I don’t think I’ll ever stop being angry about my education; that nobody had stopped and noticed the disproportionate perspective our entire curriculum gives to white men; that nobody had said ‘You don’t have to write like this. Good literature, good art, good music, does not have to play by the terms set by those who came before you.’

In music, I studied compositions by men. In art, I studied paintings by men. In English, I read books by men. In science, I read theories created by men. I just wonder, why hadn’t anyone ever pointed that out?

I didn’t read when I was growing up. The first novel I read was Melina Marchetta’s Looking for Alibrandi, when I was 14 or 15. The following year, I read Lionel Shriver’s We Need to Talk about Kevin—a very strange leap, I know. I borrowed books all throughout high school. Books just weren’t a thing my parents valued. At least, not English books. They’re very interested and interesting people, but they don’t read books. I brought my first books while I was at university. So I’d say my poetry books are the books I’ve owned the longest.

I don’t think I’ll ever stop being angry about my education; that nobody had stopped and noticed the disproportionate perspective our entire curriculum gives to white men.

Olivia Laing’s The Lonely City. I was struck by the cover art and the title. I love the word ‘Lonely’. Not only is it an emotion I’ve always been obsessed with and hope to write about for the rest of my life; it’s just a phonically gorgeous word. The two ‘l’ sounds flapping side by side in the mouth. Any title with that word in it is a good title. And then I learned it’s about New York City, which is my favourite city in the world, and where I hope to emigrate soon. The book is a cocktail of art history, personal memoir and biography. I’ve read it about 30 times cover to cover. Laing writes with a tenderness to a sensitivity that I’ve only ever seen in myself. She writes about the horrifying difficulty of longing for human intimacy that is not necessarily fulfilled by sex.

I’m always struggling to find a more interesting way to connect to the people I’m sexually attracted to without resorting to the conventional mechanisms of intercourse. Sex, loneliness and hunger—those are things that artists like Andy Warhol, David Wojnarowicz, Edward Hooper and Henry Darger tried to explain in their art, and which Laing interrogates. Every time I read the chapter on David Wojnarowicz in Laing’s book, my heart breaks in a different, new way.

I first read the book while travelling around the US in 2017. I brought it from Three Lives & Company in New York City. I went to the bookstore because I’d seen a picture of it on the cover of Jonathan Franzen’s collection of essays, How to be Alone. While I was writing my novel, A Lonely Girl is a Dangerous Thing, Laing’s book kept me fixed on the state of unbiddable yearning and want that the characters in my book struggle with. Also, the second half of my novel is set in New York, so that helped.

Eric Carle’s The Very Hungry Caterpillar. I am always hungry. I want to be like that caterpillar—eat and sleep and build a house around myself, hibernate and then eventually turn into a beautiful butterfly.

A Lonely Girl is a Dangerous Thing is available now at your local independent bookseller. 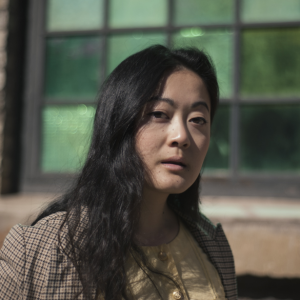 Jessie Tu trained as a classical violinist for more than 15 years. Failing to succeed as a professional musician, she taught music at Kambala, St Ignatius College, MLC Burwood, Kings School, Newington College. She's taught at refugee camps in the Middle East, volunteered with AUSAID in The Solomon Islands, travelled to complete residencies in the U.S, and now works as a journalist at Women's Agenda. She's won several poetry and writing awards, and her first book of poetry was released in 2018. A Lonely Girl is a Dangerous Thing is her first novel. 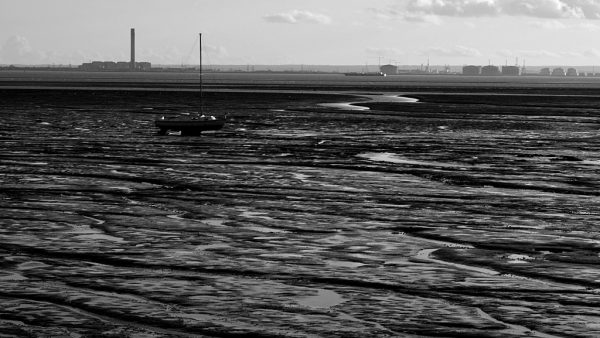 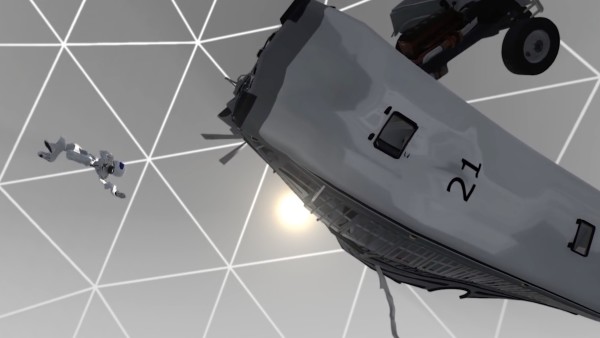 Keys to the Gate: Polygon, fandom and online power hierarchies 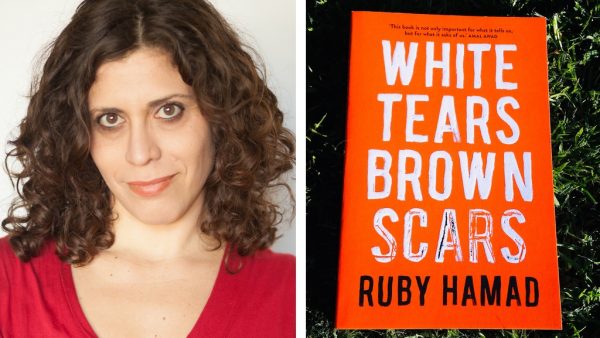 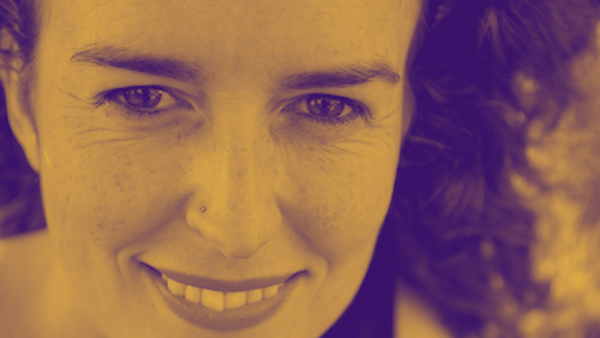 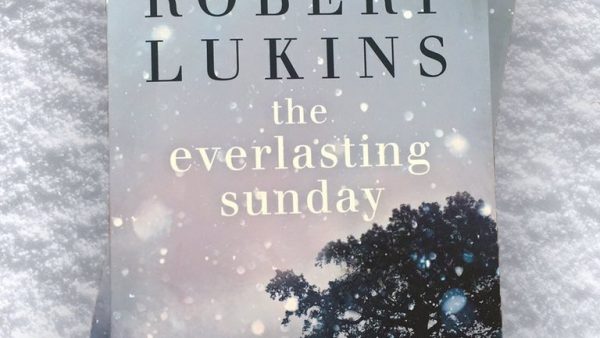