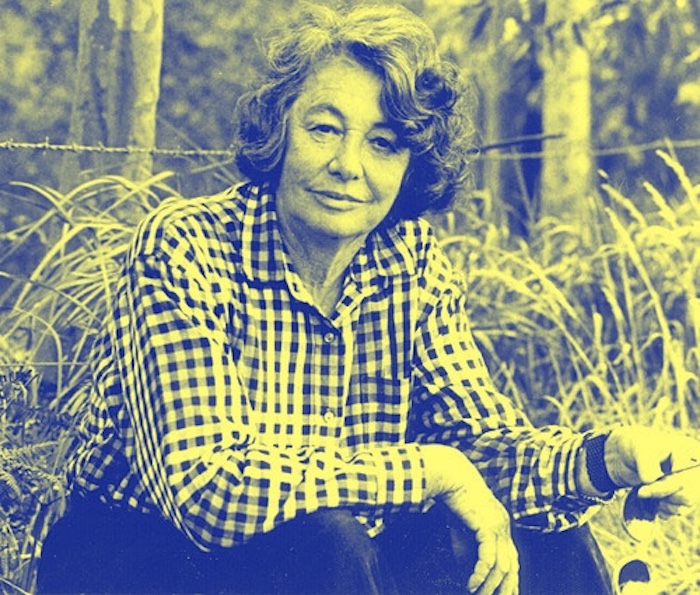 Until recently, I had not read Reaching Tin River, though I had admired several other novels by Thea Astley. If I had investigated its premise beforehand – a woman becomes obsessed with a long-dead man she glimpses in an archival photograph of early settlers – I am not certain I would have chosen to read it. Frankly, I’ve had my fill of novels about dead white men, of novels that romanticise our colonial past. And yet I should have known that I would be safe in Astley’s hands.

For all the richness of its world, the warmth of its characters and the joyfulness of its writing, Reaching Tin River – Astley’s eleventh novel, first published in 1990 – opens tentatively. In fact, the narrator, thirty-something Belle, begins six times.

Either her story begins with a snappy precis of her pursuit of a long-dead colonial pioneer; or with a one-line snapshot of her mother, ‘a drummer in her own all-women’s group, a throbber of a lady with midlife zest and an off- centre smile’; or with a touch of facetiousness as she describes subverting boredom by tallying all the convent girls who plinked away at ‘The Rustle of Spring’ on the piano.

Or with the misery of being wrenched, aged seven, from the family sheep property on Perjury Plains to boarding school. Or with the moment during an unhappy trip to New Caledonia when she discovers her husband ‘trying to hump the house girl’. (Importantly, she adds, ‘I say trying.’)

Or perhaps it begins where it ends – with Tin River, the eponymous fictive coastal town which, like a horizon line obscured by fog and foreshore and stucco motels, seems impossibly distant until the precise moment at which it is abruptly revealed. Indeed, ‘Tin River is a state of mind.’

Tin River…like a horizon line obscured by fog and foreshore and stucco motels, seems impossibly distant until the precise moment at which it is abruptly revealed.

This hesitant beginning, however, is no uncertainty on Astley’s part. It is a careful introduction to our heroine, Belle: inward-focused, often questionably reliable, occasionally scattered, but always a delight to witness. And that’s what it is, to read this novel. A little witnessing. We are less a part of the narrative than we are captive bystanders to it. And Astley – as you’d expect from a writer who in the course of her career published fifteen novels and received four Miles Franklin Literary Awards – makes it work.

Gaden Lockyer, the subject of Belle’s fixation, takes on a metonymic quality. He could, arguably, be anyone. Belle longs to tear a hole in her world, and even attempts to do so literally, in a fantastically weird moment in which she leaps through a life-sized poster of Lockyer and his family, ‘making sure it is Mrs Lockyer I obliterate’.

Early in the novel, Belle recalls herself aged nine, struck by a sudden melancholy in the middle of a lonely game of shopgirl under her grandparents’ veranda. ‘”I want love,” I heard myself whispering. I’m not sure what I meant.’ The reader, on the other hand, is only too aware of her meaning. As far as love goes, Belle is chronically undernourished, a woman unsatisfied. She is achingly adrift, in search of her ‘centre’.

As far as love goes, Belle is chronically undernourished, a woman unsatisfied. She is achingly adrift, in search of her ‘centre’.

Her mother, Bonnie, is rarely particularly maternal and her presence is spasmodic. Her American father is a mere spectre for much of the novel. Belle meets him only once, as an adult, in a Manhattan jazz bar. Growing up, she rebuffs sex and intimacy until, in a scene both comic and grim, over dinner one night she is propositioned by Seb, her bombastic librarian co-worker:

‘My dear…given the fact that I am thirty-seven and assuming I have forty years ahead of me, would you be prepared on a permanent basis to cook me fourteen thousand six hundred dinners, the same number of breakfasts, give or take a few? I’ll see to my own lunch,’ the generous fellow added. ‘And do approximately two thousand loads of washing and ironing, house cleans and shopping?’

‘You are suggesting marriage?’ I asked demurely.

The cunning dog has turned it into a joke that barely conceals the real, the serious intent of his request.

‘You make it sound irresistible,’ I said. ‘How could I refuse?’

It is unsurprising that their marriage is flat and resentful. While our sympathies lie with Belle, she is not a martyr-wife, passive and pious. You might well argue she is capable of the same self-centredness and thoughtlessness as Seb.

As a narrator, she is offhand and witty, with an apparent tally-ho attitude to everything from attempted sexual assault to her husband’s infidelity. But her irreverence belies a sense of something irrevocably lost. Even her physicality is ghostly. Her husband tells her she’s so pale ‘it’s as if you’re not all there’. Her aunt likens her to a photographic negative, an image Belle circles back to time and again. Perhaps ‘image’ is not the right word, after all: how do we describe a psychic hollow so profound that it manifests in an absence?

And yet this is, for the most part, a very funny book, and such is the complexity (or perhaps duplicity?) Astley invests in her protagonist that we never perceive her as a negative. The narrative evinces warmth. The satire is shrewd. The prose sings.

Such is the complexity Astley invests in her protagonist that we never perceive her as a negative. The narrative evinces warmth. The satire is shrewd. The prose sings.

I felt my palms grow clammy for Belle, cringed for her, longed to shake her by the shoulders. All of the novel’s characters are flawed and deeply human. Bonnie, for instance, looms large in Belle’s childhood, despite her frequent absences. Her presence is not dimmed with the passage of time: she remains a fearless, eccentric and, at times, pitiful character, a woman ahead of her time. She refuses to subscribe to the stifling societal conventions of the era; but, in the rural Australia of the 1950s and ’60s, there is little else. Astley spares no one her sharp eye, nor her empathy. As an author she is acerbic but never cynical, tender but never sentimental, ironic but never cruel.

And how she can conjure a character, an image! Entire marriages, personalities, cities are evoked, masterfully, in a sentence or two. Lockyer’s wife, Betsy, is pretty ‘in a wretched kind of way as if she already knows the workload of the country wife’. Belle’s mother’s stately older boyfriend has striking blue eyes that have ‘the wondering look of eyes seen peering over the edges of prams and strollers’. Her librarian colleagues ‘have a hair-shirt quality of endurance and a gentleness the public service has never been able to damp out’. Yes, I think. I am reading a book set in parts of Australia I have visited only fleetingly, a book set decades before I was born. But I know these people, these places.

Thea Astley is not considered to be a minimalist; and yet, on rereading Reaching Tin River, I was floored by the economy she accords certain events and descriptions. This brevity never feels like a shortcut or a summary. It is calculated. It is frank. It is precise. And it makes her phrasing elsewhere – replete with symbols, subtle repetition, tangential asides – seem all the more deliberate.

In her typically flippant manner, Belle invokes Joachim du Bellay’s sonnet ‘Heureux Qui Comme Ulysse’, in which du Bellay extols the happiness of returning home after an absence, as she recounts arriving back at her hotel room to find her husband with the maid. For Belle, it is not returning to Perjury Plains, or Deep Creek, or Brisbane that offers self-fulfilment. Her home-going is to a place at once strange and familiar. It is a journey oddly linear for someone who speaks so doggedly of circles and circumferences. When at last we reach Tin River, there is no sense of elation, or absolution, or epiphany. But there is a sense of closure as Belle faces down her obsession.

It is a journey worth taking, and one that brings much joy.

This is an edited version of Jennifer Down’s introduction to Reaching Tin River, available now from Text Classics.

KYD MEMBER GIVEAWAY: We’re giving away a four-book set of Thea Astley Text Classics (A Kindness Cup, Reaching Tin River, The Multiple Effects of Rainshadow, and Drylands) along with a tote bag, thanks to Text Publishing. KYD Members, simply email [email protected] with the subject line ‘Astley’ and your contact details by 11.59pm 6 May 2018 to enter. 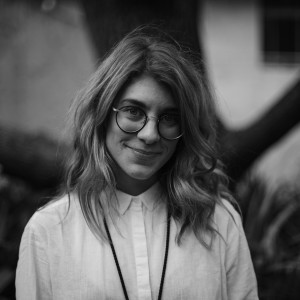 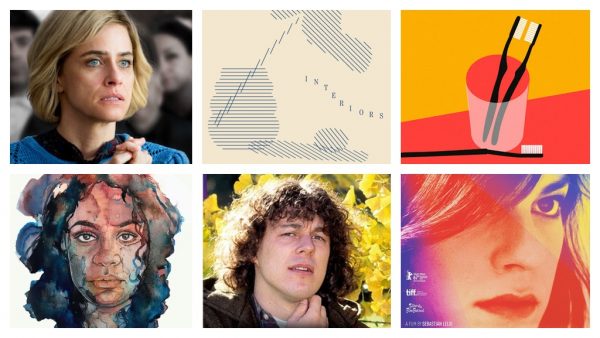 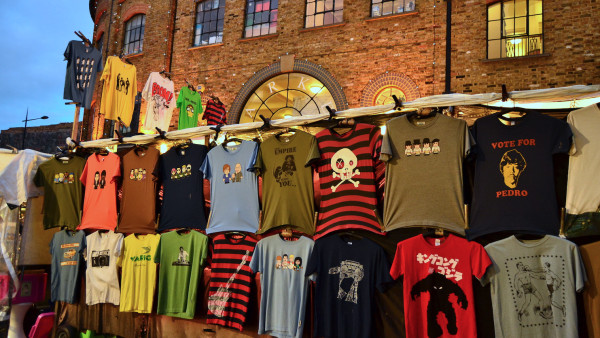 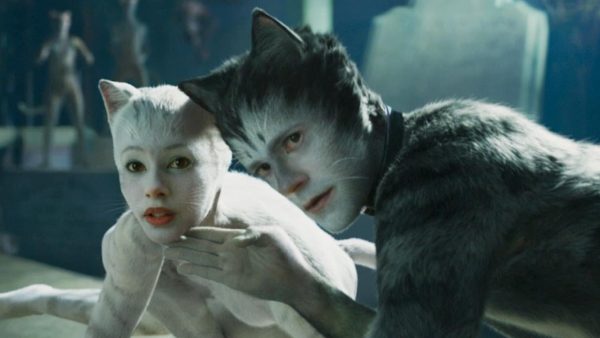