In Defence of the Friendzone

In a culture that tells men that women’s friendship is a consolation prize, reclaiming the value and importance of platonic relationships – and the ability to deal with rejection – is more crucial than ever. 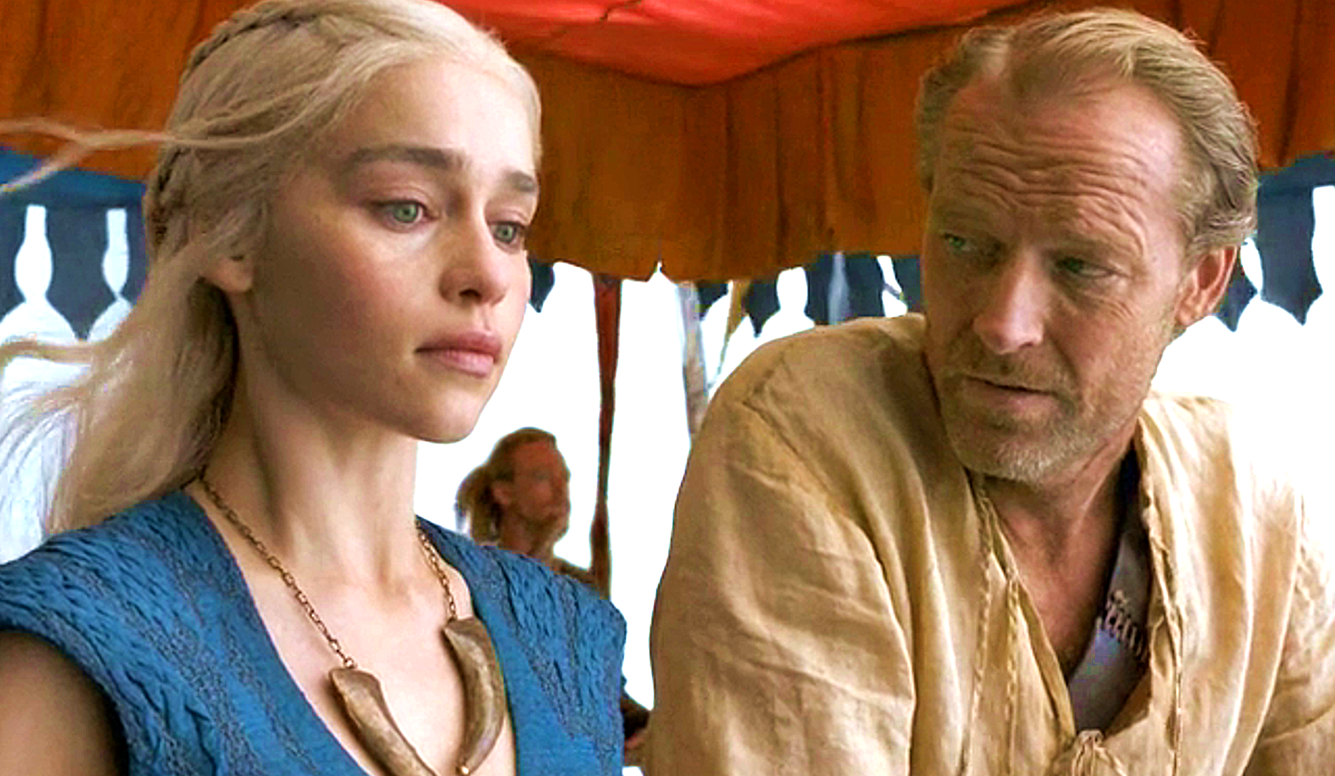 ​Back in the early 90s, I was given an opportunity to attend a private school for Year 12. Up until then, I’d been at one of the most disadvantaged, rough government schools in the western suburbs of Melbourne, and had adapted. The private school facilities were incredible, the expectations of teachers extremely high. I had to meet higher academic standards, keep up with the workload and not stuff up this important year in my life.

Either through my own intuition or being told by female classmates, it became apparent that there were about five boys who ‘liked’ me. I was going through a tough time at home and the last thing I wanted to do was have sex with anyone. One boy, who I barely knew, started taking an interest, first saying hello when I walked by, then making the bold move of sitting next to me in free study periods. He began asking questions like ‘what are you doing on the weekend?’ When my answer was ‘studying’ (he asked a few times), his behaviour changed. It became his habit to keep sitting next to me but throw insults, casually, taking pot-shots at my hair, face, body, presumably the things that had caught his eye in the first place. I wasn’t even aware that I’d rejected him, really – it’s not as though he directly asked me out. He was one of the school leaders, a highly decorated student, and the son of one of the school’s most popular teachers – which made his behaviour towards me all the more perplexing. I knew there was no point making a complaint about him.

There was only one boy who wanted to stay friends with me, without any expectation of something more. This boy had also gone through a devastating experience – the death of a parent – and I wonder if the largely unspoken tragedies in both our lives helped create a strong bond between us. We had fun together, without any physical contact. We kept each other company, so neither of us had to face a whole recess or lunchtime alone. We studied together, went to the movies and had long, candid phone conversations. He got much closer to me than any of the boys, who could only look on with resentment and confusion. Popular culture would say I’d friendzoned this boy, but my friendship was far from being a grim, horrible place. He doesn’t know it, but he became one of the most important friends of my life.

Popular culture would say I’d friendzoned this boy, but he became one of the most important friends of my life.

The value of friendship between men and women has been degraded by popular culture, especially when one friend develops feelings for the other. Somehow this situation became a lava pit, purgatory, a prison for the person whose romantic/sexual feelings were not returned.

Blame it on the friendzone.

It’s generally accepted that 90s sitcom Friends coined (or at least popularised) the term, when Joey warned Ross he was taking too long to make his feelings known to Rachel. Ross and Rachel, of course, would go on to become one of TV’s most famous couples until he slept with another woman (they were on a break!) and they broke up.

How that goofy joke between Ross and Joey became toxic, storming into popular culture like a Trojan Horse under which society’s most dangerous ideas about women, sex and consent could hide, is astounding. The friendzone really has nothing to do with friendship between men and women. What becomes apparent when looking at men’s magazines, even respectable ones, posts, comment threads and forums is the resentment (bordering on panic) that a number of straight men feel about women and their decision (actually, their right) to say no. The advice given to men is all about how to avoid this zone and how to get the hell out in 10 easy steps. They imply that friendship with a woman is not worth anything. Sex should be the goal. There’s an assumption that women are creating this situation for men, rather than suggesting guys might like to look at why they feel women owe them a relationship. The friendzone upholds heteronormativity, and gives a platform for straight men to vent their resentment at not being ‘rewarded’ with sex for being ‘nice’ to a woman. It disregards women’s voices and desires, certainly, but also the LGBTIQ community and the vital, complex relationships and friendships that exist between all people across all genders.

One of the suggestions given to men to get out of this imaginary zone is to avoid being a support to their female friends – in the #MeToo era, some men state that they are afraid to become mentors to women, or even work with them, lest they be accused of sexual harassment. I find this particularly insulting, to both men and women. My school friend had been an amazing source of support, giving advice and wisdom well beyond his age. There are many incredible male mentors, advisors and teachers to women, and we need them more than ever.

The New York Times drew angry responses from readers for using the term in a feel-good story about childhood sweethearts who got married. A social media post in which a fan wrote that male characters in a cartoon had been friendzoned by the females met with a stinging rebuke from one of the show’s creators.

I’m not arguing that we should ‘reclaim’ this trope – it’s too far gone. What we can reclaim is the value, and importance, of platonic friendships between the sexes. It doesn’t help when popular culture reinforces the idea that friendship is a fail.

I’m not arguing that we should ‘reclaim’ this trope – it’s too far gone. What we can reclaim is the value, and importance, of platonic friendships between the sexes.

Let’s start with the Bachelor/Bachelorette, and spin-offs. On these shows, despite the paper-thin veneer of camaraderie that occasionally bubbles between competitors, friendship equals rejection. There is no special rose or status given to the contestant who would make the ideal friend. You could argue that the ‘white rose’ gives Bach/ette an opportunity to acknowledge the person with whom there is an instant, not necessarily romantic, rapport but that only gives temporary protection. The game requires a strong physical connection and if there isn’t one, Bach/ette will take your hand, sigh deeply, mutter about wanting ‘to be true’ to themselves and show you the door. As we’ve seen in Australia, Bach would rather walk away empty handed than choose a contestant whom he cared about, and could love as a friend.

It’s not just the realm of reality either – in Game of Thrones, at least Daenerys Targaryen and Ser Jorah Mormont could keep their friendship and alliance strong, even with Jorah’s unrequited love for her. Interestingly, Ser Jorah didn’t respond with bitterness or blame when Dany couldn’t love him (as she put it) ‘the way he wanted me to’. Thanks to the magnetic performance of Iain Glen, as the dashing knight, we knew that being denied Dany’s affections caused him pain and conflict – but instead of going online and following the advice of ‘dating’ sites, which list all sorts of abusive behaviour (such as ignoring ‘no’ and ghosting) to lure Dany into bed, Jorah accepts her friendship, and role as advisor. There is plenty for him to do. Dany is vying for the Iron Throne, speaks three languages, oversees two massive armies, and has several hungry dragons to worry about.

Jorah’s finest moment comes in season 8, when Dany falls off her dragon and is dumped into the middle of a zombie apocalypse in the Battle of Winterfell. When Jorah appears, audiences know that his long-time devotion to Dany (and a valyrian steel sword) will make up for the loss of that dragon. It’s almost a love scene, an opportunity for Jorah to express his feelings for Dany in a physical way, though not the way he’d prefer.

Iain Glen was asked what made Jorah so compelling, and explained that it was ‘the purity of his desire to support her – to be there for her’. I saw it that way, but I’m not sure everyone did. Not long after Jorah’s exit, memes popped up everywhere for the ultimate victim of House Friendzone. One meme said his final words to Dany should have been ‘please, touch it, just once’.

Perhaps one of the most confronting things for men is that this type of friendship calls for restraint, empathy and selflessness towards women.

Everyone knows unrequited love is painful, but it deserves more respect than it’s getting in our culture at the moment. Perhaps one of the most confronting things about this type of relationship, especially for men, is that it calls for restraint, empathy and selflessness in their attitudes and behaviour towards women. Character traits that are mocked and pitied in Ser Jorah, and seriously lacking in the men who create memes, posts, comments reinforcing the myth of the friendzone. Of course, men are entitled to walk away if they feel too disheartened and disappointed that their friendship won’t lead to romance. But if the circumstances are right, and both parties are emotionally mature enough, there could be a special friendship saved.

The painful truth is that friendships that involve unrequited love usually won’t last. Maybe it’s better if they don’t. The delicate balancing act required puts a lot of pressure on people, and their feelings can change over time. As for my old school friend, that year-long friendship looks even better from this distance. The only sad thing was it ended too soon, when school finished. We both graduated, made it to university and did so without breaking each other. If that’s unrequited love, then I wish it on everyone, at least once in their lives. 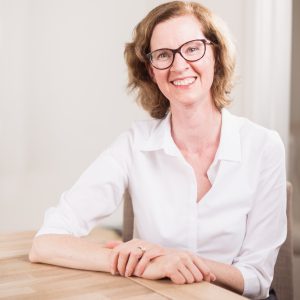 Sara Bannister is a Melbourne writer whose fiction and articles have been published in The Big Issue, Visible Ink and Victorian Writer. Sara worked as a journalist in her early career and went on to become a media advisor, including for national children’s charity The Smith Family, where she was based for almost a decade. Sara grew up in the western suburbs and her passion is to depict the realities and positive side of living and growing up in the outer suburbs. She is working on a novel. 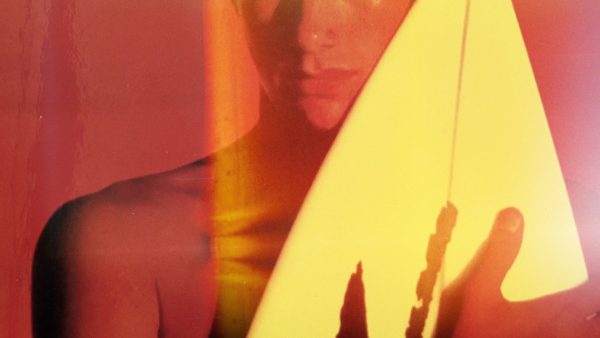 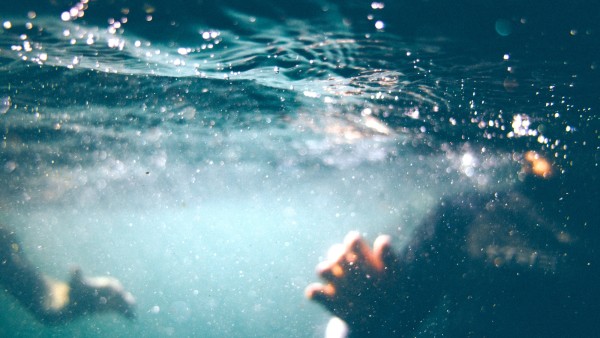 Ask Me How I Am 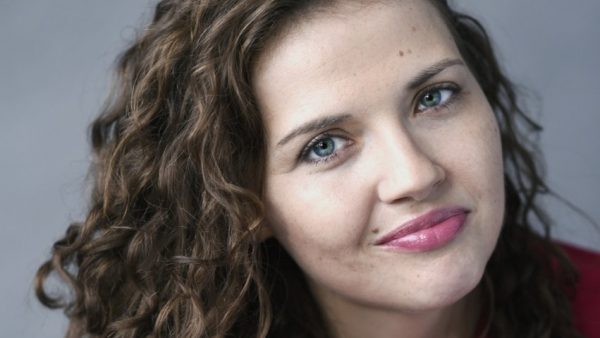 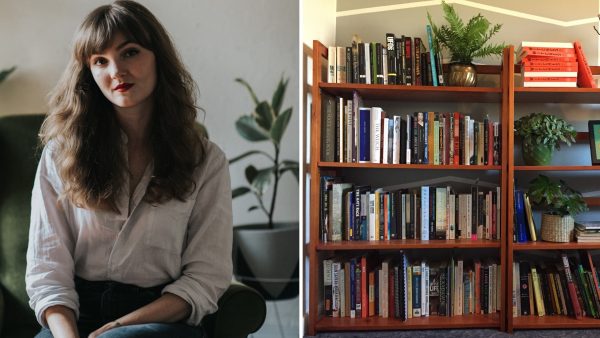 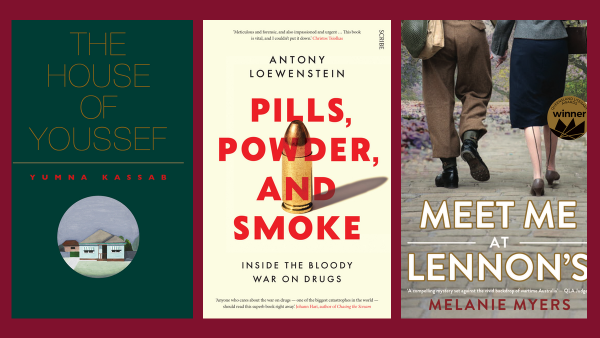 Books Roundup: ‘The House of Youssef’, ‘Pills, Powder and Smoke’, ‘Meet me at Lennon’s’