With more diversity than ever in comedy, especially in the representation of women, why do some male television executives still fail to acknowledge these talents?

A fact of living in a modern era is learning that people sometimes get angry at things that are said on the internet.

I understand that this may be difficult to comprehend without evidence, but it’s the truth. If you spend enough time online, such as several days or less than 35 seconds, you will no doubt come across this sort of thing. In fact, I myself am one of these impossibly rare creatures that occasionally gets mad at things on the internet, as if I were a giant truffle or some kind of hairless albino bird.

Adult Swim (a US comedy TV network with, as of 2014, a 43% female viewing audience) recently came under fire when they released their upcoming slate of TV projects, and oopsie daisy it turns out there was not a single woman amongst the list of 47 creators.

Not one – not even a token to justify having a woman’s bathroom on site. To make things even more stark, Buzzfeed then figured out that only one out of every 34 credits at Adult Swim goes to women, while the average overall for TV in 2016 was one in five. I am no numbers expert, but this seems bad.

An anonymous source placed a lot of the blame for these shocking numbers at the feet of Adult Swim’s Executive Vice President and creative director, Mike Lazzo, giving the example from a few years ago where, when asked if any shows with female comics were in the pipeline, he replied that when you have women in the writers room ‘you don’t get comedy, you get conflict’.

After this story came out, Lazzo took to Reddit to respond to criticism:

What I actually said was – women don’t tend to like conflict, comedy often comes from conflict, so that’s probably why we (or others) have so few female projects. Nonetheless this was a dumb answer to a good question as Lucille Ball and Gilda Rather [sic] to Amy Poelher [sic] and Amy Schumer prove my statement a load of generalized nonsense.

Oh well, that clears everything up. He could have also just started and ended all of this with the last five words of that sentence?

In predictable and boring fashion, the debacle generated a conversation around women and comedy. This included a thread on a (funny female) friend’s Facebook status where several men sincerely claimed that women are not funny. I assumed these men were also in comedy, and were doing a hilarious ironic bit, only to eventually realise that they were real-life humans who had these actual thoughts in their real-life brains and allowed the thought to travel down their body to their fingers where they typed the words. They were perplexed as to how saying ‘women aren’t funny’ could possibly be viewed as sexist, and were bamboozled as to why the women who do comedy for a living found it to be a ridiculous thing to claim.

Now, friends. And enemies, and frenemies. This is when my aforementioned anger would usually kick in with the fire of fifty thousand Furiosas, as I took out my immense anger by typing scathing yet hilarious replies to them. You see, my favourite thing in the world is funny women; and my least favourite thing in my world is dumb, sexist men. I was just waiting to be enveloped in the warm hug of steam that would inevitably begin to pour out of my ears.

But, readers, it never arrived.

These men were perplexed as to how saying ‘women aren’t funny’ could possibly be viewed as sexist.

Instead, I just felt an overwhelming sense of pity for them. What a monochrome life these people must lead. In 2017, for me to watch and enjoy comedy on television or in movies or in podcasting that does not have women involved is extremely rare. Not just because most things include women, but also because it usually makes it so much better. What an abject existence for these men, to have arrived in a place where you have decided that literally half of the population, with all of their individual differences, just ‘are not funny’.

And all this before even getting into what it says about this kind of person, and how they view women in general. Before wondering how tangled the wiring is in the brain of someone who can dismiss an entire sex as not being funny. Wondering what is wrong with someone who can only relate to and find humour in things that men say, and probably only in things that straight white men say. Wondering what their girlfriends and wives think of that mindset. (The girlfriends and wives I know they have because I clicked on their Facebook profiles, obviously.)

But mainly, I just felt sad for them, and the many like them out there in the world wide web and also in the world wide world. Not only these men, who are denying themselves, but also men like Lazzo – those that are held back, limiting the scope of what they can create by not including women. Because when you look at what is happening in comedy, in television, and in the pop culture landscape, and you consider what is to come next, I think it is easy to see what kinds of people have the most interesting things to say.

Sorry fellas, but it is not straight white men. This is not to say that you have nothing interesting or funny left to say, because of course that isn’t true (maybe). This is just to say that you have had the floor for an extremely long time. We have had uninterrupted and unfettered access to your thoughts and feelings and ideas and jokes and concepts for eternity. For you to be appealing and fresh, you have to come up with seriously good things in order to compete with the people who have long been denied a platform for their voices.

It is easy to see what kinds of people have the most interesting things to say.

It’s the voices of women, of women and men of colour, of queer people, of trans people; these are the perspectives that are exciting for an audience to experience. It’s Julia Louis-Dreyfus on Veep, it’s Phoebe Robinson and Jessica Williams on the 2 Dope Queens podcast, it’s Sharon Horgan starring in and producing shows, it’s Tig Notaro, it’s Constance Wu on Fresh off the Boat, it’s Hannibal Buress and Eric Andrè, it’s Candy Bowers writing and creating and educating. It’s Zoe Coombs Marr in her incredible award-sweeping standup show, it’s Issa Rae in her new HBO show Insecure, it’s everything Jordan Raskopoulos turns her hand to, it’s Samantha Bee killing it as the lone woman on late-night comedy talk shows, it’s Nakkiah Lui creating comedy and writing plays.

And it’s exciting. So much of what is fascinating and hilarious is coming from people we haven’t seen before. Being a queer woman and having the chance to connect to comedy in a way that has been previously limited by who has been able to create comedy is absolutely thrilling, and I am so grateful to be part of this burgeoning future in a way that I never was able to in the past.

Of course, as seen with Adult Swim, so many of the power positions are still occupied by those who are not yet on board with the idea that their content will be improved astronomically with the input of these kinds of people. But it feels like the tide might be turning.

So much of what is fascinating and hilarious is coming from people we haven’t seen before.

The recent success of female-driven comedies will hopefully mean everyone’s standards rise. The men who control the money and have the power will continue investing this into new kinds of people. Men who have been resting on their laurels for far too long will be forced to compete. Those who have never thought about why their instinct is to only work with or produce other men will start to think about it when they start getting surpassed.

Those men who refuse to adapt and grow and create interesting things will be left behind. The audience members who refuse to get on board will also be left behind, too. These two groups will be able to entertain each other just fine, I suppose, but what a sad, boring, unoriginal life going over repeating all the same things that have already been said. The rest of us, those of us who want to create original content and listen to new voices, or even be that new voice? Well, we still have an entire unexplored world to discover together. Come along for the ride. 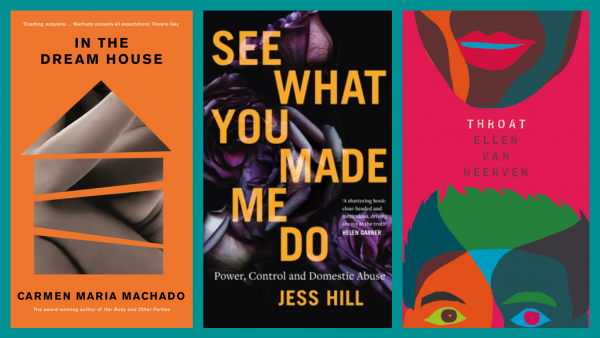 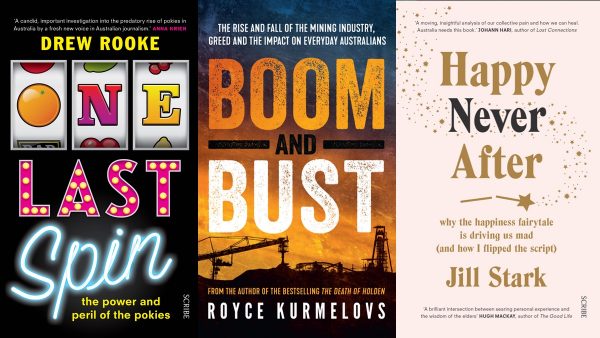 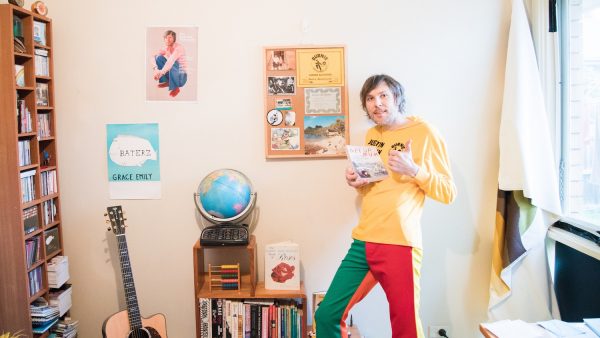 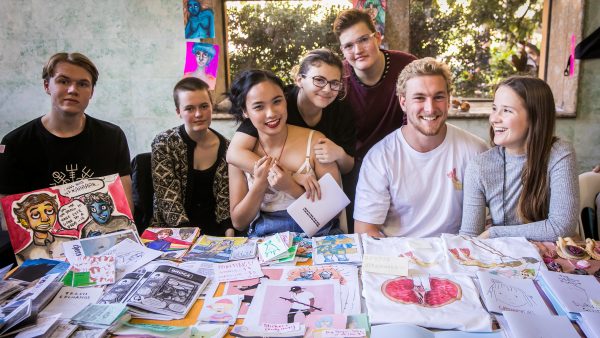 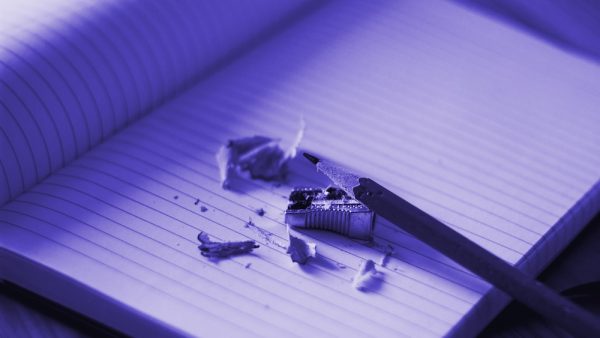 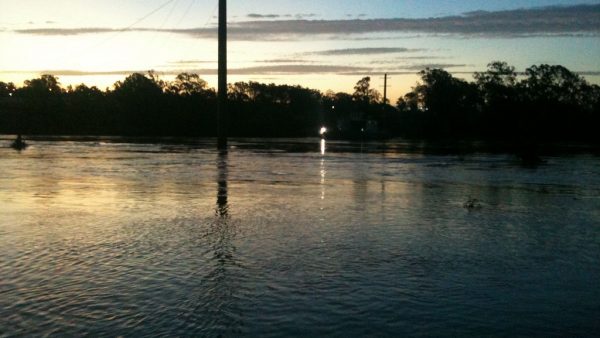