How Transitioning to a Man Helped Me Appreciate my Femininity

After transitioning, I realised I didn’t need to run away from all things feminine in order to be masculine. Trying to define traits as one or the other was too restrictive—another result of a binary world. About a year ago, I started my social and medical transition from a woman to a man. The night before my appointment with the trans health specialist, my partner and I stayed at my parents’ house in the city so I could go straight to the appointment in the morning. We sat on my parents’ cracked leather couch, eating takeaway pizza, the House Special, as The Bachelor played on the TV amidst quarter-hourly clock chimes. No one spoke. Since coming out to my parents as trans a year prior, the topic had barely been broached, and the new tension eroded all familiarity.

The next day, I hid, hunched over in the corner of my childhood bedroom to apply my first dose of testosterone. The gel was cold and sticky and the smell of alcohol made me cough as I rubbed it into my stomach. My partner found me and squealed in excitement. I shushed her; it didn’t feel like the right time to celebrate. I still had a long way to go before I’d look like a man. It was as if I’d started a race, kilometres behind, with no lanes, no guideposts. No way of finding the finish line.

Eager to cut my long hair short, I went to my usual salon. It was a large, airy space with hints of flowery-scented products and pastel décor—very feminine. I’d never taken much notice of it before but now it was all I could see. And I liked it. But now I was on testosterone, was changing to become more masculine—wasn’t I supposed to think otherwise?

As the hairdresser snipped away with a gentle precision, my internal discomfort grew. I’d spent years picturing myself with short hair, had imagined a sharp undercut framing an even sharper jawline. But my face looked the same as it always had, soft and round, except now more visible under the short quiff of hair. I smiled to hide my dismay.

‘It takes a while for hair to settle into a short style,’ the hairdresser said.

No matter how much I studied the language, there were still words I didn’t understand, sounds my tongue couldn’t make, and gestures that felt wrong in my hands.

Some months later, my voice was deeper, my skin greasier and pimplier, and thick black hairs had sprouted across my legs and stomach. While the changes were exciting and I felt more at ease in my body than I ever had before, as soon as I was out in public, I was lost. I was starting to look like a man (or a pubescent boy) but I had no idea how to act like one. I was 30 going on 13.

In Daniel M. Lavery’s memoir, Something That May Shock and Discredit You, he describes his transition as if ‘after a number of years of being vaguely troubled by an inconsistent, inexplicable sense of homesickness, I woke up one morning and remembered my home address.’

I wasn’t feeling at home. I was in unfamiliar territory where people spoke a language I couldn’t understand. Impatient to get out of this awkward phase, I tried to pick up the pace with my transition. I had top surgery and legally changed my name (after stumbling over a few bureaucratic hurdles). I lifted weights. I made progress. But each time I spoke to my family and heard them call me by my old name, my new image of myself flickered, the broadcast failed, and I found myself back at the starting line.

I sat in a barbershop for the first time, fidgeting in the hard leather chair, staring at the steel bench littered with clippers and razors, waiting for the moment I would be exposed. I didn’t know what the barber’s questions meant: ‘What number?’ and ‘Squared off?’ I shrugged and nodded. The less I spoke the better. No matter how much I studied the language, there were still words I didn’t understand, sounds my tongue couldn’t make, and gestures that felt wrong in my hands. I was too quick to apologise, to smile, to show affection—so I tried to tone it all down.

After transitioning, it didn’t feel freeing to reject all things feminine like I thought it would. I was still trapped under the weight of a new set of social ideals.

Twenty minutes later, back in the safety of my car, I ran my hand over the short bristles. I could still feel the buzz of the clippers pushing into my skull and the sting of the spicy cologne on my neck. I looked in the rear-view mirror—it was shorter than I was expecting; spiky; masculine. The longer I stared, the more unsure I became. I liked it—but did I genuinely like it, or was it because it was the opposite of feminine?

As a kid, I never needed to second guess what I liked. I liked playing sports and reading books. I liked being friends with boys and girls. It was simple. I was vaguely aware of gender roles, but they had yet to apply to me. That is, until puberty hit, hot and molten, breasts and hips erupted on my body, and the divide became too stark to ignore. In high school, boys were friends with boys and girls were friends with girls. Boys played football, while girls sat around the oval in circles. I sat with the girls, but I felt like an imposter. So, I studied them, mimicked their behaviours, and tried to shape myself into society’s idea of a girl. I perfected the act, complete with a long ponytail, makeup and giggled commentary on Grey’s Anatomy. But at night, I’d lay in bed awake—‘girl’ was a blanket too heavy to sleep under.

After transitioning, it didn’t feel freeing to reject all things feminine like I thought it would. I felt privileged that I was now seen as male more often than not, and a white male at that, but it also came with a sense of uneasiness. I was still trapped under the covers, under the weight of a new set of social ideals.

When my partner and I moved to a new city, instead of looking for a traditional barber shop, I looked for something different. I found a place where haircuts were priced based on hair length rather than gender. It was small, quirky and stylish, and although I had to traverse the winding maze of inner-city streets to get there, it was worth it. My barber was a queer woman and I immediately felt at ease. I even shared that I was trans. She flipped my part to the other side, so my hair could follow its natural swirl, and cut my hair as per my vague request: short on the sides, long on top. I smiled at my reflection. It was exactly how I’d pictured it.

About a week later, I FaceTimed a friend whom I hadn’t seen for a while. She called me by my new name and gushed about how much my haircut suited me. As we chatted about my transition and reminisced about old times, my skin buzzed with the thrill of being seen. Of being accepted as the new me without having to erase who I was. I looked different. I sounded different. But I was still me.

I didn’t need to change my words and my mannerisms, and I didn’t need to run away from all things feminine in order to be masculine. Even trying to define traits as one or the other was too restrictive. A result of a binary world.

As Dr Yves Rees writes in their 2020 Calibre Essay Prize winner, ‘Reading the Mess Backwards’: ‘I’m not a man trapped in a woman’s body; I’m a trans person flailing around on this strange binary earth. Transmasculine, not male. Neither side of the gender binary feels like home.’

On my birthday, a few months later, as my partner drove us to go get breakfast, I got a FaceTime call from my family. The morning sun glared off the small screen as blurry faces appeared and the Happy Birthday song resonated from the speaker. My shoulders tensed as the song neared the end. What name were they going to use? I saw my sister’s face and my mum’s shoulder as their voices sang, ‘Dear Theo,’ and the back of my Dad’s head as he left the room.

I haven’t forgotten my home address, but I can no longer live in a house built for someone else. I have a new address, a new place I call home, somewhere in between the ever-evolving social constructs of masculinity and femininity. Somewhere I can make my own finish line. And maybe even celebrate. Theo Dunne is a transmasc writer who lives and works on Turrbal and Yuggera land. His work has also been published in Dubnium. 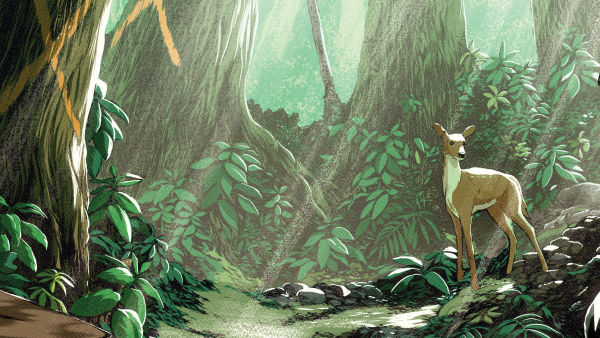 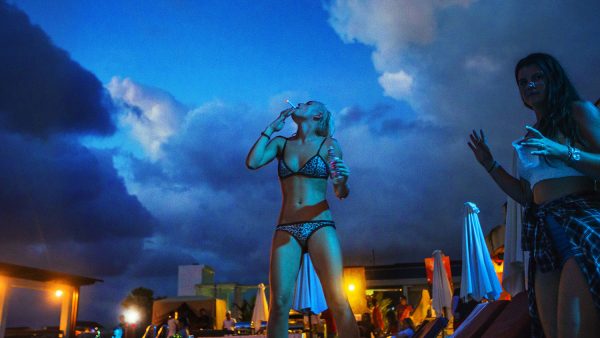 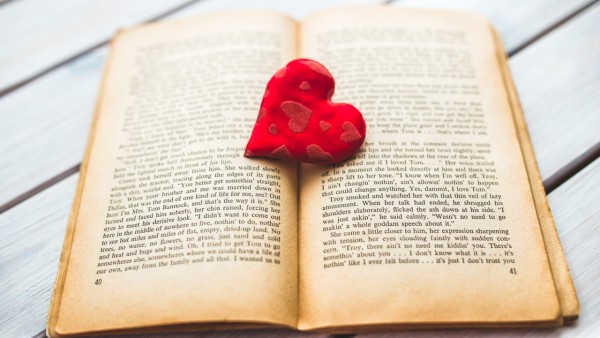 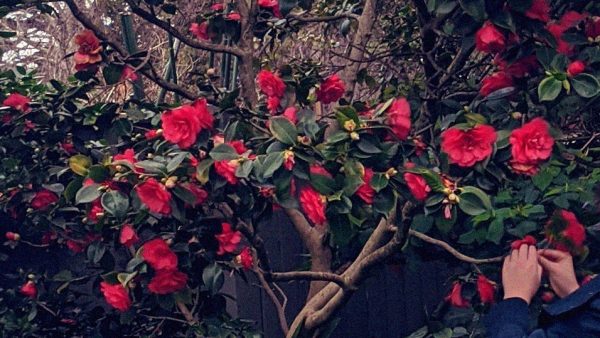 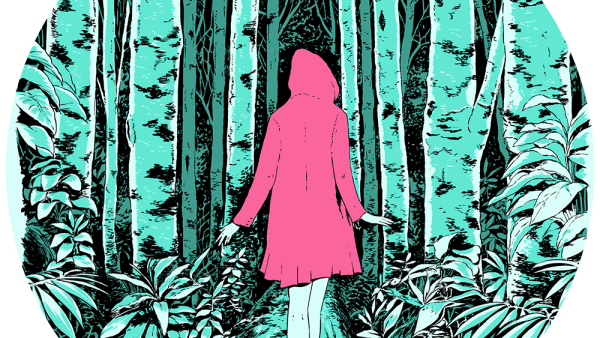