‘Can I Take Your Order?’: Compliance and Doing as You’re Told 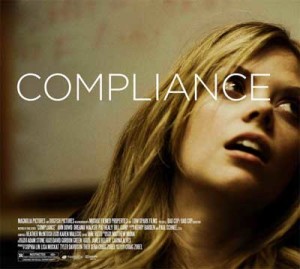 ‘Look around at where you are,’ the voice commands. So you do. Not necessarily because you want to but because he’s telling you to.

He’s a policeman, after all, so you have no choice. He’s had you strip-searched and your clothes seized. He’s been telling you what to do for hours now and he isn’t going to let up any time soon.

You take in your surroundings: the staff-only area of a fast food restaurant. It’s small, cold and has little distraction other than a computer that only generates employees’ rosters. The closed door muffles the fry machine’s beeping. And then there’s the smell. Like rotting bacon and cardboard soaked with water from the leaking ice machine.

You tug the apron tighter around your naked body and grip the phone, awaiting the voice’s next instruction.

American director Craig Zobel’s latest film, Compliance, shines a spotlight on the abuse of authority. The film premiered at Sundance Film Festival last year and was released in Australia in January. Compliance is based on a series of prank phone calls conducted in the United States for over a decade, in which a man phoned fast-food stores claiming to be a police officer, and ordered store managers to strip search employees or customers on the basis of accusations of theft. With uncomfortable accuracy, the film re-enacts the longest and most outlandish of these episodes, which occurred at a McDonald’s in Mount Washington, Kentucky in 2004.

For the crew at the fictional ChickWich restaurant, the day starts out like any other: store manager Sandra (Ann Dowd) gathers the staff for a morning meeting in which she orders them to serve customers, or otherwise to ‘clean, clean, clean’. The typically difficult lunch rush is compounded by a phone call from an Officer Daniels (Pat Healy), who – in a practiced, calm yet firm voice – explains that he has received a complaint from a customer that a ChickWich staff member had stolen money from her wallet.

His description of the employee matches that of Becky (Dreama Walker), a 19-year-old who spends life outside her part-time job having fun with boys and buying new phone covers. The voice on the phone orders Sandra to strip search the young girl and confiscate her clothes. Over the next few hours, Becky is subjected to humiliating and terrifying acts that escalate as she is detained in the gritty back office of the fast food joint.

Compliance, and the events which inspire the film, draw on the 1961 Milgram experiment at Yale University, which involved a man in a white lab coat commanding subjects to administer electric shocks to a third person. Influenced by the Holocaust, social psychologist Stanley Milgram initiated the study to discover whether a figure of authority could force people to carry out inhumane acts. He suggested that accomplices involved in the events of the Holocaust might have only been following orders (without any personal malicious intent).

The experiment found that the subjects obeyed the orders of the authoritarian figure even when they believed they were cruel and bizarre. Watching Compliance, we can see how Zobel weaves themes of obedience under the direction of authority throughout the narrative. The characters enact the unorthodox orders of the voice on the phone under the pretence that he is a real police officer.

The film has been hailed as a superb piece of work and a faithful representation of the real ‘strip search prank call scam’. It is considered an achievement for Zobel, who, with just a few films in his portfolio, hadn’t yet made a name for himself in the industry. Critics vary in their evaluation of the film’s casting, script, and whether it accurately holds a mirror up to our nature; but the resounding opinion is that it’s brilliant, haunting and unforgettable.

The Mount Washington McDonald’s incident, in which the teenage girl was forced to remain in nothing but an apron, lasted three and a half hours. Like the pretend officer in the real-life events of 2004, Officer Daniels in Compliance asserts his power through an intermediary. He tells Sandra what to do; she passes the orders on to Becky.

For Sandra, whose full-time job is to be told and to tell people what to do, compliance is an all-too-familiar concept. The social pressures of this kind of top-down workplace force her to reassert her habitual role of authority, even though the situation is unfamiliar.

Zobel has scripted the film brilliantly. Officer Daniels’ words are carefully selected and mirror the dispassionate language of law enforcement. He justifies his demands by labelling them ‘procedure’, and repeats, ‘Do you understand?’ The slow pace of the film enables Zobel’s script and Officer Daniels’ voice to infiltrate our minds, to the extent where we, too, become locked in the voice’s trance.

Zobel’s other characters provide clever hints to the film’s trajectory (though no one could predict where it ends up). Lines such as ‘I’ll do everything, you know, that you need’ and ‘What do you want me to do?’ show the characters’ easy submission to the officer before they discover what this ‘doing’ entails.

When Sandra needs to attend to the restaurant, Officer Daniels asks her to bring in someone else, ‘ideally a male, for security reasons’, to watch Becky. She calls her fiancé, Van (Bill Camp), and tells him to sit in the room and supervise Becky. Like Sandra, Van does everything the voice on the phone, the voice of authority, tells him to. And as it grows darker outside, things grow dark in the office, too: Van is ordered to have Becky do star jumps, to stare into her anus and vagina, to spank her, and, most disconcertingly, to get her to perform oral sex on him – all apparently in the name of the law.

Throughout the film, Zobel takes us around the restaurant. Sandra’s concern lies more with her job as manager – she scolds staff for getting sandwich orders wrong, and ignores any questions about Becky. When Becky pleads for release, grabbing Sandra’s hand and crying, Sandra lashes out: ‘Why are you talking to me? Can you see I’m on the phone? Sit down!’ The girl, again, submits, sitting her bare buttocks on a plastic chair. Sandra leaves to serve customers, beaming and saying, ‘Can I take your order?’ Her preoccupation with obedience renders her blind to anything suspect in Officer Daniels’ requests.

Gradually, we see Van begin to relish the power bequeathed to him, yelling at Becky to ‘Come on! Come here!’ so he can hit her. The voice on the phone gives him an authority he is new to, and he likes it (an earlier part of the film shows him asking Sandra’s permission just to have some beers with his buddies). Becky is now defenceless against the demands of authority upon authority, voyeur upon voyeur, as the two men work together to exploit her. At this stage, Zobel leaves us squirming before the screen and wondering how far this will go.

In close-to real time, Zobel’s film forces on us the same sense of entrapment that Officer Daniels forces on Becky. It moves slowly, drawing on our confusion and making us anxious for the film’s resolution. Cinematographer Adam Stone intensifies the oppressive experience by rarely permitting us a glimpse outside the office, or even the restaurant. He films from angles that are uncomfortably close to the subjects, zooming in on Becky’s bracelet- adorned hands and blackened feet shifting on the tiles as she is forced to fellate her manager’s fiancé. The detail is suffocating. A leaky tap drips in the background; the camera focuses on a cup of coke and the dial pad of the phone. Then the loud noise and greasy images of fries being dumped into a tray shatter our reverie, highlighting the situation’s absurdity.

We return to the office to see close-ups of Becky’s face, then Van’s, as their swollen eyes look at the ground. Zobel’s direction in combination with Stone’s cinematography juxtaposes the ‘procedure’ enclosed within the back room, with the natural order of the restaurant just beyond the door.

A shot of Becky watching herself in the surveillance camera puts her in the seat of the voyeur, but she is alone, locked within a single frame – an image that gives way to feelings of claustrophobia. Like these characters, we are trapped within the confines of a fast food restaurant office. As Becky begs for freedom, so do we.

Becky, however, has her own disobedient streak. She first appears in the film parking her car close to the restaurant, even though she has been told not to in order to leave room for customers’ cars. She laughs at Sandra behind her back for not understanding the slang of today’s youth (‘Oh my god, who calls it “sexting”?’). She seems to have little respect for Sandra, who doles out orders with more vigour and demand than Becky thinks the job deserves.

But when met with a higher figure of authority, even through the medium of another person, Becky does what she’s told.

As the film comes to a close, we see a new sun rise over the ChickWich restaurant. Becky’s car is in an otherwise empty car park, still rebelliously close to the restaurant, reminding us of the horrific events that transpired only hours beforehand.

This uncomfortable thought is made worse by the fact that the entire film – every event depicted in that disgusting little office – actually happened. The 90 minutes that we spend digging our nails into our palms in front of the small screen are nothing compared to the hours the victim Becky represents spent naked and imprisoned. The incident makes for an incredible film. But had it been fiction, we could shrug it off as just a film.

Instead, we sit, stunned, through the final credits, waiting for the cold sweat on our foreheads to dry. Zobel, like Officer Daniels, has gotten into our heads and under our skin, and even when the film is over, the voice’s orders and the stark images from the back room are embedded in our minds. Compliance shocks us, frustrates us, terrifies us, and smothers us even as we struggle to break free. It exposes us to a twisted breed of voyeurism. But, most importantly, it shows us that sometimes, it’s best not to do as we’re told. 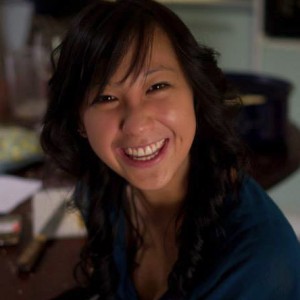 Michelle See-Tho is a freelance writer and full-time advertising copywriter. Her work has appeared in Kill Your Darlings, Overland, The Lifted Brow and others. 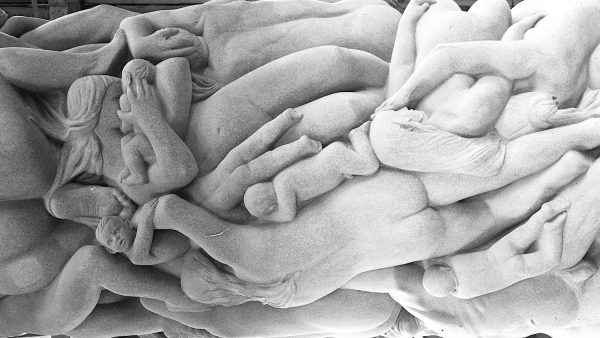 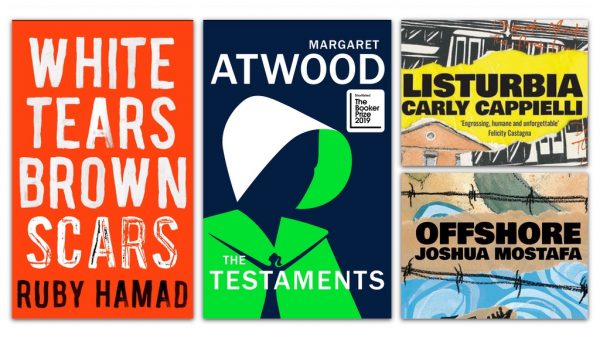 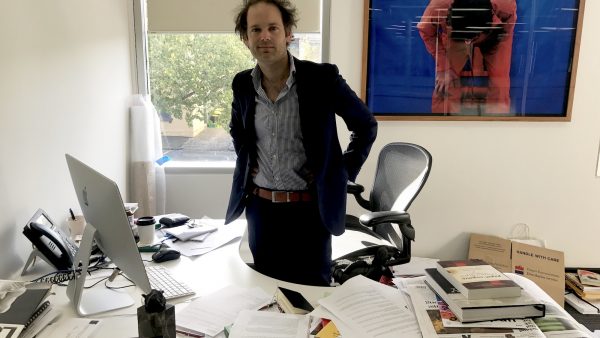 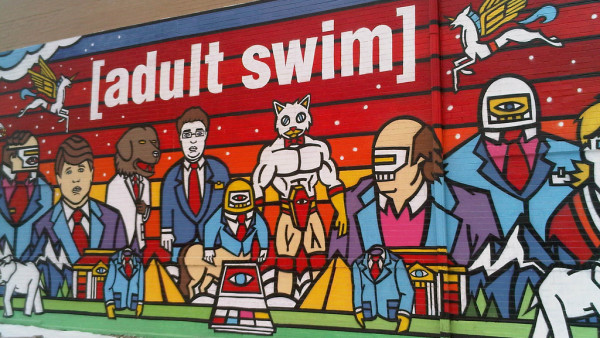 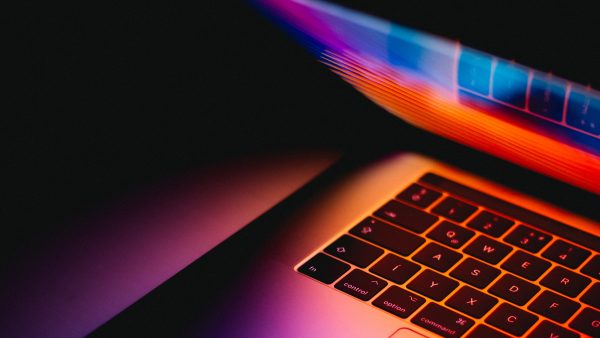