KYD is proud to offer a range of writing awards designed to support the development of early career writers, providing them with financial support, the opportunity to work with industry professionals, and assist them in creating publishing pathways in the future.

The KYD School Writing Prize is designed to develop, mentor, edit and publish the work of two writers from Australian secondary schools. We’re seeking entries of up to 1500 words in the categories of fiction and non-fiction, with students responding to a current social or political issue. The two winners will receive a $500 cash prize, editorial support and publication in KYD.

The winners of the 2019 School Writing Prize are Bryce Groves (non-fiction) and Faye Velasquez (fiction).

The Monash Prize is a significant literary award for new and emerging writers, open to both Australian and New Zealand university students, enrolled in either an undergraduate or honours degree. All types of creative writing between 1,500-3,000 words will be accepted, including short stories, non-fiction narrative and narrative verse.

The winning entry will be published in Verge, Monash University’s annual creative writing anthology, and Kill Your Darlings. The overall winner receives a cash prize of $4,000, and the highest placed Monash University student receives $1,000.

Presented in association with Monash University and the Emerging Writers’ Festival.

The KYD Unpublished Manuscript Award seeks to support writers of adult narrative fiction and non-fiction in the development of their unpublished manuscripts.

All shortlisted entrants receive a week-long KYD/Varuna Copyright Agency Fellowship, at Varuna, the Writers’ House, in the Blue Mountains. The winner, announced after the fellowship, will receive a $4000 cash prize.

The winner of the 2019 KYD Unpublished Manuscript Award is Sam van Zweden (VIC) for her manuscript Eating With My Mouth Open. View the 2019 shortlist.

The winner of the 2018 KYD Unpublished Manuscript Award was Nicole McAlinden (WA) for her manuscript Little Did I Know.

The winner of the 2017 KYD Unpublished Manuscript Award was Onyx B. Carmine (VIC) for their manuscript Permafrost.

This award assists the vocational development of an early-career critic across all artforms.

The winner receives $3000 prize money, consisting of a $1000 cash prize (generously sponsored in 2020 by the Monash School of Languages, Literatures, Cultures and Linguistics) and the publication of a 1-year regular column (at least 5 long-form articles) working closely with Kill Your Darlings editors. Two runners-up will also have their work published in KYD.

The winner of the 2020 New Critic Award is Michael Sun (NSW), with Aimee Knight (SA) and Fiona Murphy (NSW) runners up.

The winner of the 2019 New Critic Award was Cher Tan (VIC), with Kaya Wilson (NSW) and Viv Cutbush (TAS) runners up.

The winner of the 2018 New Critic Award was Kylie Maslen (SA).

The winner of the 2017 New Critic Award was Stephanie Eslake (TAS). 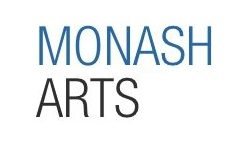