Shelf Reflection is a monthly series where we delve into the reading habits of interesting Australians. This month’s reflection comes from writer, speaker and LGBTQI activist Sally Rugg. I’m currently reading Her Body And Other Parties by Carmen Maria Machado. It’s a collection of short stories that are dark and surreal, but also quite titillating and challenging. The story I’m in at the moment riffs on ‘The Green Ribbon’, a horror story of a woman who always wears a velvet ribbon around her neck. Machado’s reimagining of the story explores gender, power and fragility and is absolutely enthralling so far.

I was given this book by the Sydney Writer’s Festival as I’m hosting a panel, Gay For Page, at the festival in May and will be joined by the author, as well as other prominent queer authors, to discuss how queerness in and out of literature has influenced their work.

I read constantly, but skittishly. You’ll find me on buses and in Ubers poring over Longreads and essays on my laptop or mobile phone, or rifling through the paper in cafes. I carried Benjamin Law’s Quarterly Essay, Moral Panic 101: Equality, Acceptance and the Safe Schools Scandal and Mark and Paul Engler’s book, This is an Uprising: How Nonviolent Revolt is Shaping the Twenty-First Century, around with me for months, and read and reread both in the same constant but skittish way until they were dog-eared and smudged with makeup.

Then there are some books that are like home. I pick them up when I need to both lose myself and ground myself, and as I read them I’m wrapped safely in comfort and familiarity. My first copy of The Handmaid’s Tale fell apart in my hands when I was about seventeen and, ironically, Offred’s Gilead remains a familiar refuge of mine when I need to escape into another world. 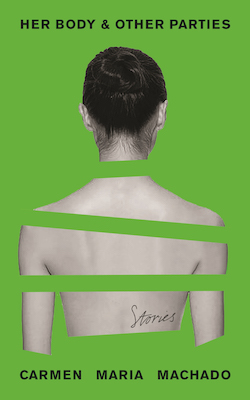 My book collection sits in my living room stacked on a big, long shelf. There is no logic to their arrangement, alphabetic or aesthetic. A few fiction novels that were either gifted to me or part of a book club I was a terrible participant of sit unfinished among dozens of nonfiction works about politics, the media, feminism and activism.

The book I’ve had for the longest time is a second-hand copy of The Female Eunuch by Germaine Greer which I read when I was thirteen or fourteen. Greer has become someone who holds views that are cruel, dangerous and completely out of step with the feminism to which I subscribe, particularly in terms of her discrimination towards transgender people, sex workers and sexual assault survivors. I’ve actually spent time with her and in person she expressed all those awful views and more. But somehow, I can’t get rid of my little tattered copy of that book. When I look at it, I remember sitting in my bedroom and feeling as though I was teetering on the edge of a consciousness raising that I couldn’t, and wouldn’t, return from. I look at it and I see a memory of myself, as a young person, and that space and time. Perhaps I won’t let her take that from me?

There’s A Monster At The End Of This Book by Grover from Sesame Street. I highly recommend everyone, if they have children in their lives or not, acquire this book and read it aloud in a funny voice.

It’s fun and silly, it spectacularly breaks the literary fourth wall and pulls the reader (and audience, if you’re reading aloud, which you must) into the suspense and jubilation and crisis of the story. I won’t spoil it, but it finishes with a message that’s meant for kids but I think can be a touching, poignant reminder for all of us.

Sally Rugg will be hosting a panel on queer literature, Gay For Page, at the Sydney Writers’ Festival on 5 May. 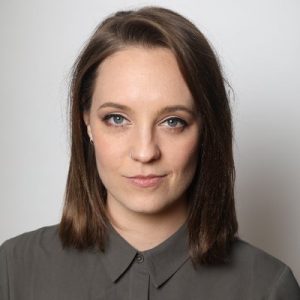 Sally Rugg is the recently appointed National Director of Change.org, formerly a Campaign Director at GetUp where she lead their marriage equality campaign for five years. While at GetUp, Sally also worked as the Creative Director, overseeing the organisation’s video, social media, advertising and media communications. Sally is a regular media spokesperson, appearing on Sky News, ABC Breakfast, The Project, A Current Affair and The Feed and Triple J’s Hack. Sally is a respected written commentator and is published in The Sydney Morning Herald, The Guardian, Junkee, Pedestrian and Vice. She is currently writing a book about the marriage equality campaign. 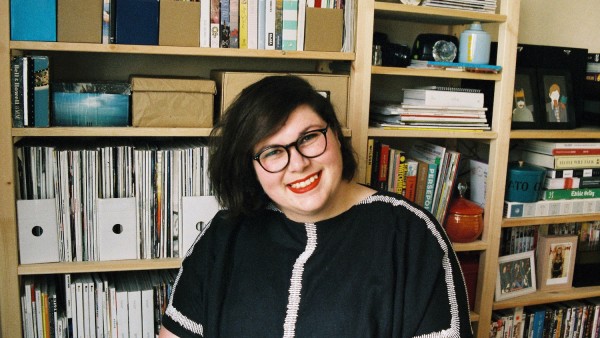