I’m not quite sure when my HECS debt stopped being something I could leave for my future-self to worry about, and became something I’d lie awake at night over, doing sums in my head, trying to figure out when I’d finally be free.

I certainly wasn’t worrying about it in Year 12, as I flicked through the glossy university brochures in the career-counsellor’s office. I don’t even remember fees being listed in the phone-book-thick VTAC course guide – though if they were there, they were grossly overshadowed by the all-important ‘clearly-in’ ENTER score column, around which all of my course selections were based.

I definitely didn’t think about HECS when, in the first year of my Arts degree, I was encouraged to enrol in a concurrent diploma in modern languages that added an extra year to my degree (and around $6,000 to my debt). The current course guide suggests that concurrent diplomas offer students ‘the opportunity to improve your competitiveness in the international career market’, though what demand there is (or ever was) for Australian Arts grads with lacklustre French skills is unclear.

I did fleetingly consider my debt at the end of my undergraduate degree, when I tossed up between doing an Honours year in history ($7,000) or a postgraduate diploma in publishing and editing ($20,000, full-fee). In the end, economic expediency won the day, and I selected the publishing course, imagining – with utter naivety – that it was more likely to lead to a high-paying job.

My HECS debt is currently $60,434.16. I’m telling you this upfront because I want to make it clear that I’m no disinterested bystander when it comes to student debt. I’ve got some serious skin in the game.

I’m also telling you this because much of the discussion around HECS seems to studiously avoid mentioning any hard numbers (like the fact that it is very easy to accumulate $60,434.16 worth of debt over the course of several degrees without ever really being conscious of the amount of debt you’re accruing). Instead, in most policy debates around higher education, everything is reduced to averages – the average fee for a Bachelor degree (around $25,000); the average starting salary for degree-qualified graduates ($54,000); the average time it takes to repay accumulated HECS debt (7 years for men and 8 for women, though this increases drastically for women with children).

Most of these averages, however, don’t apply to Arts graduates.

Much of the discussion around HECS seems to studiously avoid mentioning any hard numbers.

While the fee for a typical Bachelor of Arts is slightly below average (around $19,000), the average starting salary for an Arts graduate is also much less ($40,000). What’s more, in many creative fields you’d be hard-pressed to find many employees who have only Bachelor-level qualifications. While most of the modelling around HECS debt and repayment rates focuses on Bachelor-style debts, postgraduate qualifications are increasingly the norm for even entry-level arts jobs.

Universities are aware of this. Some institutions, like the University of Melbourne’s controversial Melbourne Curriculum, specifically design their courses to function as part of a two-degree model (a generalist undergraduate degree followed by a specialist masters degree). And while the educational rationale behind such a structure is obvious – eighteen-year-old high school graduates are unlikely to know precisely which career path they’d like to spend the rest of their life following – the economic consequences for students are rarely clear at the outset.

Six months into my postgraduate editing and publishing course, while still studying, I found my first full-time arts job – a graduate position with a renowned publishing house. It paid $36,000 a year. My income was still well below the HECS threshold ($44,912 in 2010/11), but I was too giddy with excitement to notice that I was barely making above the minimum wage.

Five years later, I made my way up the ladder and finally secured a coveted position – I was an editor at a trade publisher. I was pretty sure I had it made. My university was too – they literally used me as their poster child to advertise the success of their postgraduate publishing degree. It was six years since I had graduated from my undergraduate degree with $28,000 worth of HECS debt. According to the models, as a single woman in full-time employment, I should have been two years off clearing my debt entirely.

I wasn’t, though; my salary was $50,000 a year – still $3,345 below the HECS threshold. Though my debt was steadily increasing every year due to CPI – just as the models said it would – my income had stagnated well below the average starting salary for Bachelor-qualified (never mind Masters-qualified) graduates – just as every model insisted it wouldn’t. And if my income eventually crept over the threshold, other models would soon come into play; reduced disposable income (around $42 – or two smashed-avocado breakfasts – per week) and reduced borrowing power, should I ever manage to squirrel enough money aside for a home deposit.

The numbers are boring, I know. Tell people you’re writing an article about HECS debt and Arts graduate salaries, and their eyes glaze over. But the numbers are important. Whether it’s called HECS, HELP, CSP or otherwise, the Commonwealth tertiary loan system – the entire taxation system, really – is based around certain assumptions that are fundamentally untrue for Arts graduates: that an undergraduate university degree will lead to increased earning potential; that your salary will continue to increase as your experience increases; that – when both previous conditions are met – you will be able to pay off your HECS debt before other life considerations (family, mortgages) make its impact on your weekly income overly onerous.

I would never have been employed as an editor without my postgraduate qualifications. If entry-level positions in publishing are increasingly elusive, entry-level editorial positions at trade publishing houses are like hens’ teeth – the competition is so fierce that you need not even bother applying without an editing qualification (and several unpaid internships) under your belt. The work of training editors, which used to happen in publishing houses, now happens in classrooms, at the wannabe-editors’ own expense.

This would be fine, if the economics made sense – but of course they don’t, because the value of the arts can never fully be reconciled with the capitalist user-pays tertiary system. That’s why, though my HECS debt has reached $60,434.16, my income never has.

The value of the arts can never fully be reconciled with the capitalist user-pays tertiary system.

In this, if in nothing else, I am decidedly average. The entry-level wage for an editor, according to the Book Industry Award, is $43,000 a year. The very top wage bracket for a senior editor is $67,800 – though this, presumably, is only reached after many years’ service. A 2013 survey by Books + Publishing found equivalent results on the ground – the average reported salary for all editors was $57,900, while editors with ten years’ experience reported salaries of $60,800. I recently saw a position advertised for the CEO of a highly respected literary organisation with a salary of $55,000 per year.

On a salary of $60,800 it would take me 25 years to pay off my current HECS debt. This assumes, of course, that my wage doesn’t dip below the threshold at any given point – for maternity leave, for example. If you factor several years’ part-time work into the equation, where my debt level will continue to increase by CPI with no reduction in the principal, then it will likely take me over 30 years to pay back the debt – almost to the end of my working life.

I’ve used editors as an example here because they are the figures I know best, but the same bow could be drawn across much of the arts industry. From librarians – who must hold ALIA accreditation, most often awarded through a postgraduate qualification; to practicing artists – who often hold secondary qualifications in teaching or other related fields; to arts managers, served by flagship degrees such as the University of Melbourne’s Executive Master of Arts, which will currently add a whopping $57,860 to your HECS debt.

The downwards pressure on arts funding – and by extension, arts salaries – has come at the same time as the government has moved to shift more of the burden of HECS back onto students, by increasing fees (by 7.5 per cent over the next four years), reducing CSP places for postgraduate study, and lowering the repayment threshold to $42,000 – just $6,000 above the minimum wage. This is not a new trend; the previous Abbott government’s 2014 budget contained even greater cuts to tertiary funding, though the bills did not pass the Senate.

Beyond making our voices heard during the next electoral cycle, there is perhaps little we can do at an industry level to halt the steady march of student fees. Even without the latest fee hikes, the qualifications I paid $60,000 for would lump today’s students with $76,433 worth of HECS debt – and even fewer options for employment.

Without government-level reform, however, we must reform ourselves. As an industry, we need to question the impetus towards postgraduate qualifications for entry-level arts jobs. A $50,000 debt barrier is too great a hurdle. What kind of industry – what kind of culture – are we building, to set the price of entry so high? Student debt is yet another impediment to the diverse, inclusive arts industry we all profess to want; yet another reason why it is only the privileged who can afford to contribute to the arts.

What kind of industry – what kind of culture – are we building, to set the price of entry so high?

What’s more, by insisting that young people accrue mountains of debt before granting them entry to one of the lowest-paying industries around, we are hamstringing them in myriad other ways. Decreased earning potential and doubly decreased borrowing power – both because of lower salaries and higher HECS repayments – mean that they are even less likely than their predecessors own their own homes, never mind contribute to superannuation, or access any of the other financial ‘incentives’ that the government accords to those with disposable income.

It’s all very well to laugh and say you’ll never pay your HECS debt back – as I have done, on numerous occasions – but what this really means is not that the debt will have no effect on you, but that you commit, every year for the rest of your working life that you earn over the (very low) threshold, to paying an extra percentage of your income to the government, for the privilege of working in the arts. We must at least question if that price is justified. 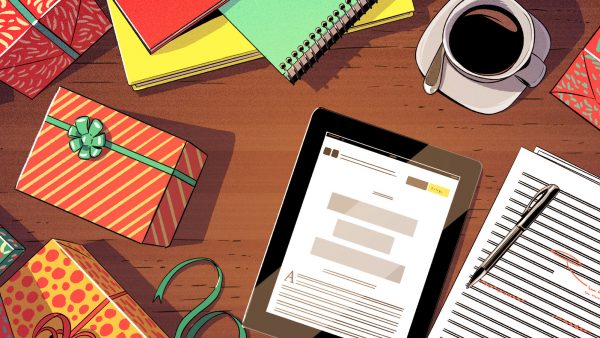