On 18 May, Peter ‘Bon’ Bonsall-Boone died after a long struggle with cancer, leaving behind his partner of over 50 years, Peter de Waal. The two men were activists from the very beginning of their relationship until the very end of Bon’s life, appearing in a video for marriage equality as recently as April. They simply wanted to be equals, and dedicated their lives to that cause.

Fifty years ago, that meant establishing the Campaign Against Moral Persecution (CAMP), one of Australia’s earliest and most influential gay and lesbian rights organisations. It meant attending the first ever Mardi Gras in 1978, infamous for police brutality against marchers. It meant Bonsall-Boone losing his job as church secretary after appearing with de Waal in 1972 on the documentary series Chequerboard, where they shared Australia’s first same-sex on-screen kiss.

Their work, and the many sacrifices made, brought success. They saw the decriminalisation of homosexuality across the country. They saw de facto laws applied to same-sex couples. The only hurdle left within their relationship was a desire to have it recognised in their own country, a place where the vast majority of the voting public are also for the legal recognition of relationships like theirs.

Yet, even though they knew they were running out of time, the pair were not in favour of the plebiscite – they’d lived through so much hate and abuse, and didn’t want to see that inflicted on their community, regardless of what that meant for them. They knew there were other, less dangerous paths to equality, and only a few people standing in the way. And so, they relied on the Turnbull government to do the right thing. Tragically, this did not happen, and Bon fell before this final hurdle would. In April, his last public words on the topic were this:

I’d love to be able to move my wedding ring from my right hand to my left hand. And then I’d be able to call him my husband and have no problems with that. That would be wonderful.

Marriage for Peter and me would be a great sort of fulfilment of many years of association and love. To make it official would be just great.

As a part of a marginalised community, fighting for equal marriage is only one small part of the progress we need to make. But still, Bon’s story affected me deeply. How could it not? My community is made up of many different types of people, and a big chunk of those people desperately want to be able to get married. Some of them will wait their entire lives and still not get there.

How can I ignore this? How can I bring myself to stand by and be passive in this fight, when there are people I love who feel like second-class citizens every single day? How can I not speak up, or protest, or make a stand when some of the most loving couples and families and parents I know are being discriminated against?

There is nothing I would love more than to go to the wedding of a loved one and simply roll around in their love, to drink too much and give a speech and cry because I am just so filled with joy and also vodka. But no matter what, I can guarantee you that every single queer person at your wedding winces when the celebrant reads the ‘one man/one woman’ line legally required during the ceremony.

Every single queer person winces when the celebrant reads the ‘one man/one woman’ line legally required during the ceremony.

Of course, just as there is diversity of opinion in the LGBTQI community around the virtue of participating in the arguably archaic and patriarchal tradition of legally-recognised marriage, there is also diversity in opinion on how we feel about our loved ones continuing to get married while we can’t.

There are those in the community who encourage couples to get married, because what’s the value in everyone missing out? There are some who are ambivalent. There are those who are open about their discomfort or confusion. And there are many, many more in the community who prefer to feel their feelings behind closed doors, reluctant to speak out because they are placed in an almost impossible position.

The reality is that the system as it stands today discriminates against people based on their sexuality and/or gender identity. You probably hate that, and wish it were different. I believe that. But the reality is also this: we see you give us a nod, showing us that you know about the discrimination and gosh, you really disagree with it; then you turn around and keep going with your ceremony, and within a few minutes voluntarily sign up to become part of that discriminatory system.

You tell us how outraged and sorry you are, and then you perpetuate the system that we remain locked out of. Then we clap and smile and hug you and try not to let it show, because we don’t want to make you feel bad on your special day.

You tell us how outraged and sorry you are, and then you perpetuate the system that we remain locked out of.

We love you and we want you to be full of joy, and want you to celebrate your relationship in front of us. The last thing we want to do is to put a dampener on things by talking about how your wedding makes us feel. But what choice do we have? If we decide to speak up and say that your participation in a discriminatory system is confusing and a little painful, we make those we love feel guilty. Just bringing up the topic can ruin a dinner party, ruin friendships, and potentially ruin the big day itself.

I can be happy for my friends who are married, and love them, and wish them all the best, and still not quite understand their motivations. So it’s easier to just not say anything, and pretend it’s okay, and try to ignore the sick feeling in my stomach as I sit through the ‘between one woman and one man line’ again and again. Because that’s what you do for the people you love, the people you want more than anything to be happy.

I can be happy for my friends who are married, and love them, and wish them all the best, and still not quite understand their motivations.

I don’t mean this as an attack; I don’t want to make anyone feel bad. I’m not trying to say that people who get married are bad people, or homophobic, or uncaring. There are many reasons for people to get married, like an entire lifetime’s worth of societal pressure telling us that marriage is the logical next step in your life. Everywhere you turn, you’re told that you’ll eventually be married and have children within that marriage.

I just ask that you imagine what it is like to live outside of that life. Or perhaps what it’s like to want that life, but not be allowed it. If you believe that marriage is so important to your relationship and to your life that it cannot be delayed, that it must happen now – can you then ignore what that means for the relationships of your same-sex-attracted friends? Perhaps you push those thoughts out of your mind, just like we try to do as we watch your wedding.

I’ve seen many straight people speak out publicly in favour of marriage equality. They are angry that it doesn’t exist, and they will happily tweet and sign petitions to this effect. They will read and share our articles about Safe Schools, about the plebiscite, about how we feel like second-class citizens, about Bon’s fight to the end. They’ll support, they’ll commiserate, they’ll do everything they can to be a good friend and ally – and then they’ll spend thousands of dollars to sign on the dotted line, to legally become part of a system that refuses us entry.

I am certain there are many good and solid rationalisations that will be heard as to why the weddings keep happening. But there are far too many of us talking about our hurt in private to remain quiet. There are far too many people who don’t seem to spot the missing connection between lip service and a wedding service. Getting married is voluntary. Same-sex couples, parents, and families, we all exist without getting married. It can be done, when it has to be.

If your reason for getting married is simply that you really want to, and you don’t want to wait for marriage equality to come around, even though maybe taking a stand would help it come around more quickly – that’s understandable. Bon and Peter waited 50 years, after all, and never got the chance. 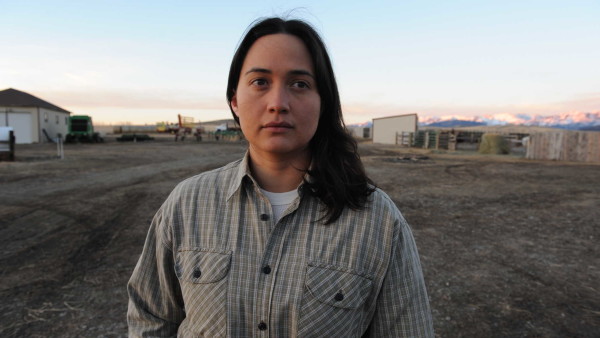