In Elizabeth Tan’s debut novel Rubik (Brio Books), the untimely but seemingly ordinary death of 25-year-old Perth student Elena Rubik sets off a chain reaction, with every character thereafter inextricably linked in one way or another to Elena’s demise. Some characters disappear and then reappear in unfathomable ways, while some don’t return at all, at least not in the form that they first appeared in.

Recalling the narrative structure that earned Jennifer Egan rave reviews for her kaleidoscopic A Visit from the Goon Squad, Rubik is an unusual novel relayed in a series of disparate yet intertwined short stories. The result is a dense collage; each chapter demands concentration and introspection. Time is a fluid construct in Tan’s genre-bending, sprawling palimpsest, with different mediums and modes of storytelling coalescing to form a searing treatise on connectivity, social isolation and remembrance.

Time is a fluid construct in Tan’s genre-bending, sprawling palimpsest.

Some chapters are unanchored narratives that function as social commentary pieces in their own right, while others chart characters in a loose chronological pattern. Together, they form an astounding achievement in exposition, with sharp moments of clarity and insight punctuating the humdrum existences of Tan’s meticulously crafted characters.

In this way, major characters that propel the narrative forward begin to emerge: Elena’s best friend, Jules Valentine, a straight-talking IKEA sales assistant, becomes ensnared in a sinister indie-film-turned-corporate-branding-stunt that spawns the viral ‘falling girl’ meme; a music teacher named Kish Amar is haunted by a seven-number sequence; Peter Pushkin is a lonely schoolboy who sets out to unveil the mystery when Kish goes missing; April Kuan is an overzealous investigative reporter and photographer with a secret. 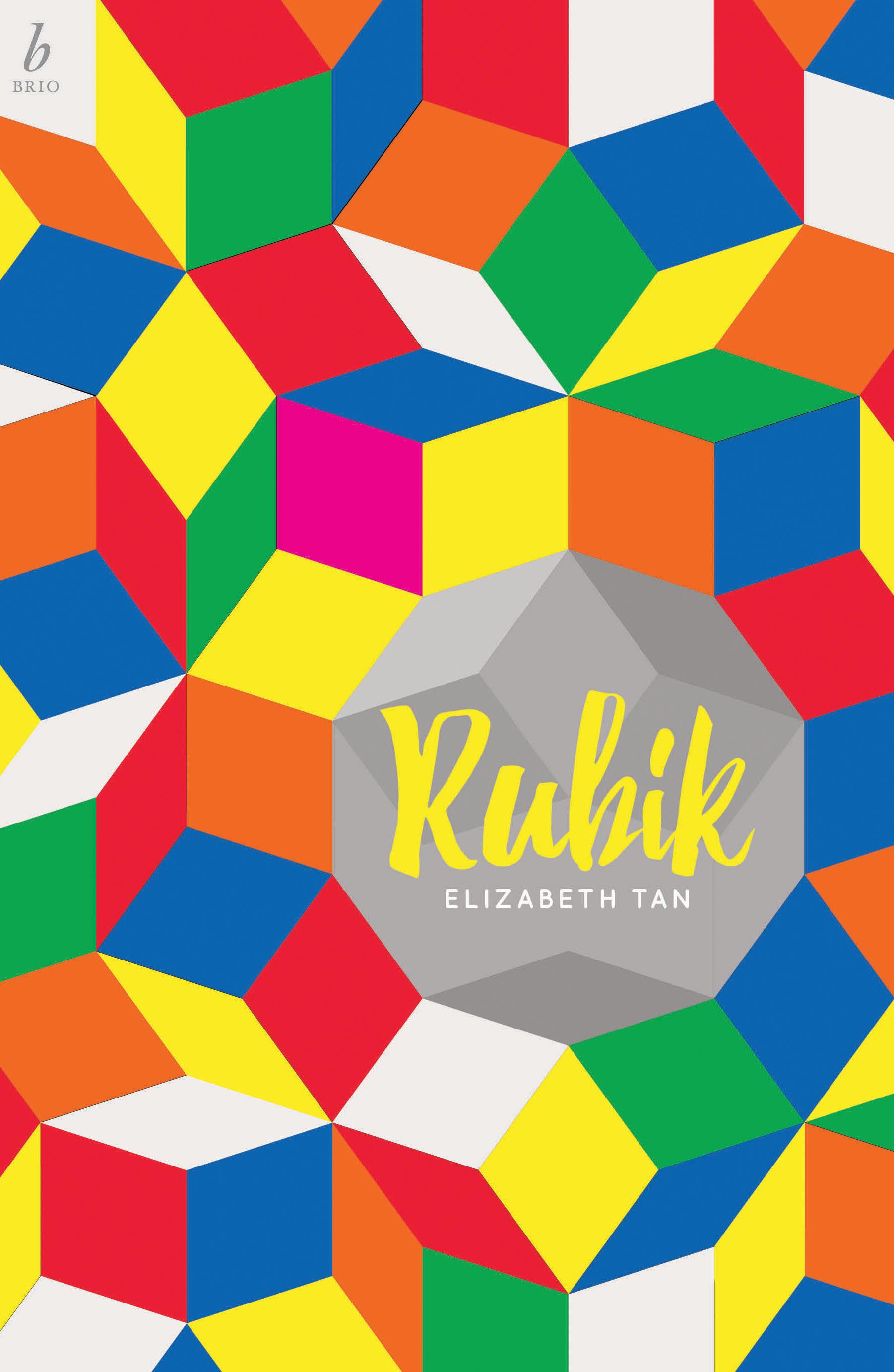 Through her characters, Tan cleverly subverts dominant whitewashed narratives where people of colour either do not exist, or exist only in relation to their race – in Rubik, characters of diverse backgrounds exist effortlessly and without comment. Chief editor of student newspaper Lorem Ipsum, who goes by the name ‘Arch’, is offhandedly revealed to be Archna Desai; Ursula Rodriguez is an artist slash catalogue model whose ‘non-threatening brownness’ has been co-opted by capitalism’s commitment to diversity and multiculturalism in the form of beauty that is ‘safely transgressive’.

Tan is drawn to exploring nebulous and intangible concepts in her writing, in part due to the fragmented way she experiences and remembers reality. Indeed, the infallibility of memory plays a pivotal role in comprehending Rubik’s plot – reading it sporadically and failing to fully inhabit its world of discursive plotlines and minute details exposes you to the risk of missing the faintly discernible spiderweb that binds all the narratives.

Rubik gradually reveals itself to be as much a critique of neoliberal capitalism and the movements that have sprung up in its wake as it is a rumination on technology and the ways it forces us to re-navigate our personal identity and our conception of the world we inhabit.

The hyper-connected world in which Tan’s characters reside allows for each and every moment of their lives to be immediately captured, expertly reconfigured and forever memorialised in the annals of cyber history. Many of them know no other way.

Her laptop is static except for a blinking cursor, but Arch can sense all the activity twitching in the other windows and tabs – her News Feed updating ceaselessly, the banner ads flashing in Outlook, the artist and album title scrolling in her dormant iTunes like a blimp flying over an empty landscape.

Yet time occupies the characters in Rubik in ways that resist this easy categorisation; for them, time is a more slippery notion that can’t be recast or recreated.

Kish observes that the scales her student so dutifully performs on the piano ‘will nonetheless resist replication’ because nothing will exist so perfectly ever again. When Jules is accosted by a Corona-drinking girl that she stands in for on a film set, she reflects how the ‘present moment is the future’s past’, and wonders how the culmination of experience, perception and desire will reframe her eventual account of the incident.

Tan steers clear of proselytising on the wanton effects of technology – Rubik is far too astute and nuanced to evoke the tired sentiments that underpin cafe blackboards that say No Wi-Fi, Talk to Each Other – but she adroitly explores the role it plays in the manipulation and monetisation of human desires and emotions.

In a particularly stunning passage, Corona Girl pierces Jules’s apathy with a tirade on capitalism and counterculture:

Now they’re taking the identity you specifically cultivated to resist all that fakery and they’ve turned it into a package. Turned the rejection of packages into a package. They’re prescribing the terms of your rebellion. They’re trying to fix it down, and so they’re invalidating the sincerity of your own identity, your own actions.

The spectral forces of both capitalism and technology, and the conflation of the two, are expressed through recurring motifs in the novel. Hipster gift store Ampersand, famous for its ‘unisex clothes and miscellaneous quirky shit’, peddles diversity and gender neutrality while appropriating feminist notions of empowerment and prioritising the masculine.

The matching outfits adorning the Ampersand models would always be unisex, as is Ampersand’s brand mission – to design and manufacture clothes that can be worn by both men and women – but these outfits would never include a dress.

The spectral forces of both capitalism and technology, and the conflation of the two, are expressed through recurring motifs in the novel.

A technology company by the name of Seed assumes an insidious, sentient quality in whichever narrative it appears. Most significantly, it is the corporation behind the viral marketing campaign that Jules stars in, fragments of which are scattered around the city in QR codes – forcing people to not only consume a commodity, but play a fundamental role in its creation and dissemination. Seed sears itself onto people’s consciousness through the viral ‘falling girl’ meme, in a way that makes it hard to imagine there was ever a time before Seed.

Who is Seed, really? What is Seed? Is it possible for a corporation to possess consciousness? To possess a will? To want?

Tan’s parody of the bizarreness of our hyper-connected world reaches its zenith when she reveals Ampersand sells a falling cat meme of the falling girl meme on a T-shirt.

The surreal plot is anchored by its very ordinary location – Perth. By making it the centre of her meta-absurdist tale, Tan accords the humble state capital a level of prestige it isn’t usually afforded in Australian fiction.

The experimental and distinctively unmoored narrative structure of Rubik demands a level of trust from the novel’s readers, with characters and plot lines interlinking in strange and wonderful ways that do not become wholly apparent until the very end. In Ursula’s own words: ‘You can’t trace anyone’s motives because you can’t see the whole machine.’ Rearranging the Rubik’s Cube of lives and stories, Tan reveals a fully-formed picture of the entire neoliberal capitalist machine with wit, flair and gumption.

Rubik is available now at Readings. 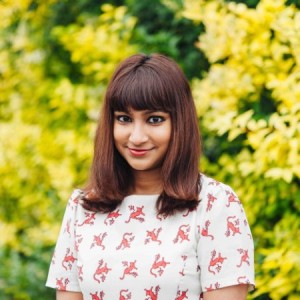 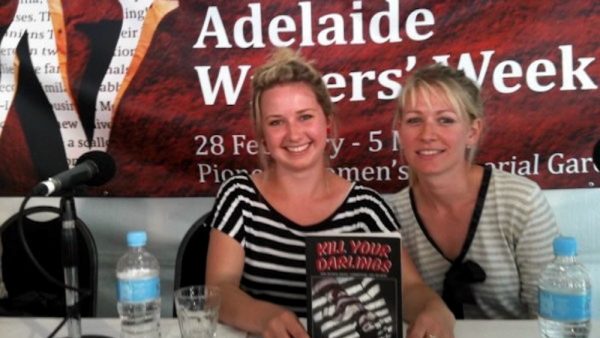 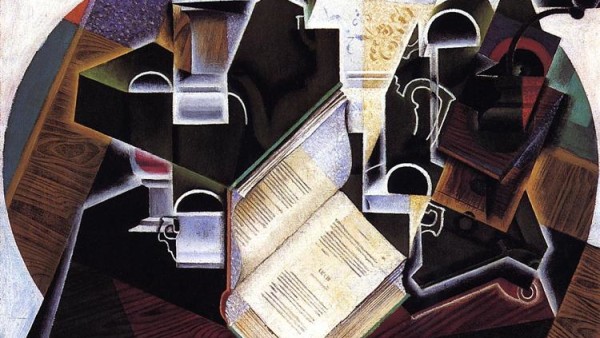