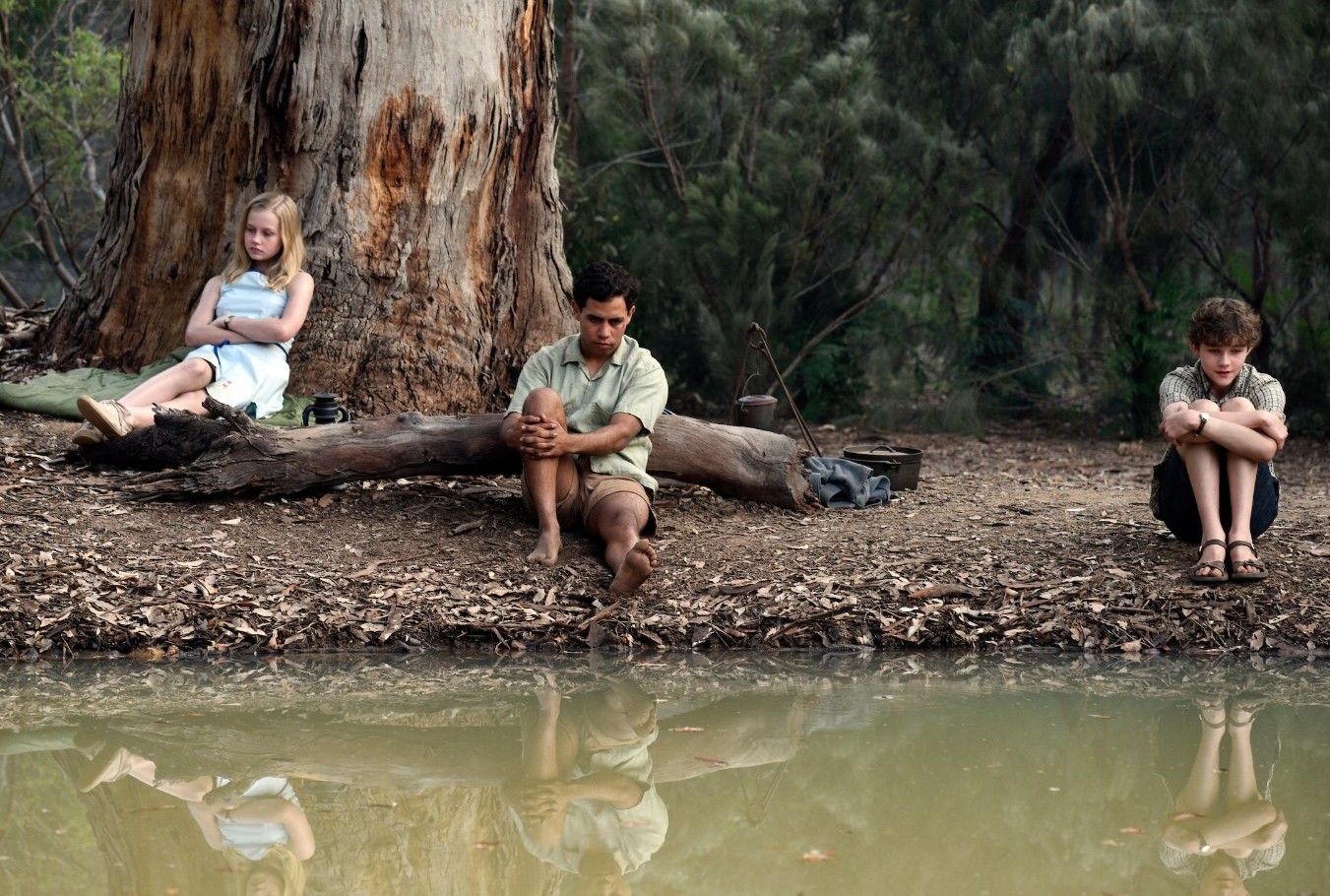 It’s after dark, and Charlie Bucktin hears a tapping on his window – Jasper Jones, the town outcast and go-to scapegoat is asking Charlie to follow him into the night.

So begins Craig Silvey’s Jasper Jones, the award-winning novel that has inspired a series of stage productions around the country, and now a feature film directed by Rachel Perkins and starring Toni Collette and Hugo Weaving.

The novel’s conception is an interesting case of art imitating life. The titular Jasper ‘kind of just emerged in my brain and wouldn’t let me be,’ Silvey explains, when we meet a few days ahead of the film’s Australian release. ‘He was very intriguing to me, but he felt distant and inscrutable and I couldn’t quite access him – so a little bit like Charlie in the book I followed Jasper out to where he took us.’ The result was a novel that used Jasper as the lynchpin to explore Australia’s relationship with racism, prejudice and stifled potential.

Almost ten years later, this impulse to follow the story has brought Silvey pretty much everything a novelist could hope for. Jasper Jones has accrued an impressive number of awards and nominations, and the book appears on many school syllabuses.

The popularity of the book and stage show – and the arguably inevitable success of the film – comes down to Silvey’s deft handling of the story’s timeless themes. Despite being set in 1965, the socially accepted bullying and ostracising of anyone different sits alongside Australia’s undeniable tradition of racism in a way that’s not dissimilar to society today. However, the message is made more palatable when shown to us through a lens fogged by time; ugly truths are easier to accept when not overtly presented to us through a mirror.

Adaptation is a fine art. Both the film and the stage production were adapted directly from the novel and so arguably one would not have influenced the other. However Silvey, who co-wrote the film’s screenplay alongside Shaun Grant (Snowtown), has seen every single version of the stage show, each incarnation of which was written by Kate Mulvany and slightly tweaked to suit each theatre it was performed in. Any interpretation will reflect the new writer’s interests from the original text, and so while key plot points remain in every version, it’s the spaces in between that ebb and flow. Silvey is full of praise for Mulvany’s adaptations, but the film is definitely a beast distinct from both his original novel and the theatrical version. His interests and ideas have changed, too, in the years since he sent the novel off into the world. The most stark point of difference is the film’s perspective – both the book and the play are told from Charlie’s perspective, with inner monologues and soliloquys, but the film features no voice-overs – Charlie (Levi Miller) is the protagonist, and we see what is happening through his eyes, but never hear directly what’s going on in his head. It is always a risk getting the author to take a new run at their original work: Dialogue can’t simply be extracted and put into actors’ mouths; three pages of inner monologue can be swapped out for a simple glance. Sometimes characters need to be excised or merged. The temptation to hang on to things that work on the page but drag down the pace of a film is understandable and strong; it’s difficult to kill your darlings.

It is always a risk getting the author to take a new run at their original work.

This isn’t the case with Jasper Jones however; the film captures the essence and spirit of the book without chaining itself to word-for-word faithfulness. Indeed, Silvey and Grant have already won an AWGIE award for the most outstanding script for a feature film adaptation. 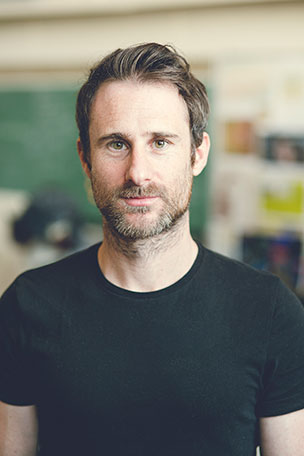 When asked if it was difficult re-working his own story, Silvey says without hesitation: ‘I was really ready for that challenge. I had ten years to sit with this story in a static way, and the curious thing about being a novelist is that you never quite feel like you’ve finished a manuscript. You always want to change things – you have fresh insights about your characters, you want to improve it, and so writing the screenplay for me was an opportunity to do that.’

The film also allows for different aspects of the novel to be teased out in a way that would have been difficult to achieve in a book. Explaining the deviation from the book’s main narrative device, Silvey tells me ‘It was a unique opportunity to broaden the scope of the story. The book is told through Charlie’s narrative lens, which is quite narrow given that it’s a 13-year-old boy who’s just emerging from the cocoon of childhood and trying to understand things. While that is the principal story of the film, pulling out from that gave us the opportunity to explore other characters in a more objective way.’

Indeed, though the book clearly focuses on Charlie and the treatment of the titular Jasper Jones, the half-Indigenous teenager with an alcoholic father and no mother, the film highlights an interesting comparison between Jasper (Aaron McGrath) and Charlie’s friend Jeffrey Lu (Kevin Long), a first-generation Australian born to Vietnamese migrants, and how they are affected by the racism of the Corrigan townsfolk. The only time Jasper, a skilled footballer, is accepted by the town is when he is on the pitch, the crowd begrudgingly cheering him on – only to return to their attitude of intolerance when the match is finished.

‘Pulling out from [Charlie’s perspective] gave us the opportunity to explore other characters in a more objective way.’

Jeffrey’s subplot runs somewhat parallel – in the midst of the Vietnam War and among growing redundancies, his parents are used as punching bags for the town’s frustrations. Jeffrey’s father has his garden violently ripped up by a recently fired former colleague, while his mother has a scalding cup of tea thrown on her by a woman whose son died in the war. The incident takes place at a crowded town event, where the atmosphere is cheerful and there is a real sense of community. As Mrs Lu (Gabrielle Chan) screams in pain, the community looks on silently, as though she is an annoyance, until she slowly gathers her dignity and leaves. Jeffrey himself stoically ignores a lot of bullying – a talented cricketer, he stubbornly shows up to practice with a team that clearly doesn’t want him. It’s only when, through sheer luck, he is called up to play in an official game that the town is willing to accept him – at least in this moment – as one of their own. This cricket match scene foregrounds the deftness of Silvey and Grant’s adaptation. In the film, Jeffrey’s story is greatly condensed – when adapting a 400-page novel, sacrifices are inevitable – but director Rachel Perkins uses carefully selected shots of crowd as their reactions move from unashamed disrespect, with some spectators standing up to leave as Jeffrey takes the pitch, to the thrilled crowd uniting to cheer on the boy they’d previously called ‘Cong’. 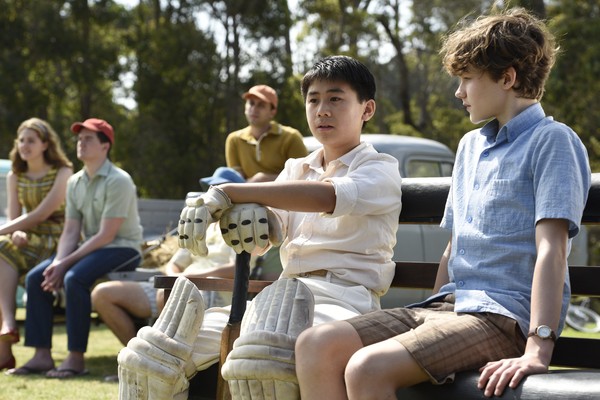 Having read the book, seen the Melbourne Theatre Company production and now watched the film, it has been interesting to see how different characters wax and wane, as well as witnessing how your sympathies can be pulled in different directions through the smallest of changes in structure and dialogue. In both the book and the play, Eliza, sister of the missing girl, slips in and out of an accent which deliberately makes her difficult to access as a character, demonstrating one way she walls herself off from her problems. The accent is barely noticeable in the film, however the strange duality of Eliza (Angourie Rice) still comes across, not through how she speaks, but by her lingering glances, the pauses in her speech, and through her hot and cold interactions with Charlie. Another character expanded in Mulvany’s stage production is Charlie’s mother, Ruth – and this has carried over to the film, with additional scenes added to colour her already complex character. ‘Ruth was probably the story that we bolstered the most,’ says Silvey, ‘and to great effect, I think.’

Different characters wax and wane…your sympathies can be pulled in different directions through the smallest of changes in structure and dialogue.

Mrs Bucktin (Toni Collette) is a complex woman, who doesn’t adhere to the conventions of motherhood and gender roles. In the novel, she is from a wealthy background, previously suffered a miscarriage and has been left infertile. None of this is mentioned in the film, yet we still arrive at the same portrait of an unhappy wife and mother, someone who is being torn in two different directions, with misdirected anger constantly threatening to bubble over the surface. ‘Her story’s really moving I think, in the film. Toni’s performance obviously was extraordinary, but I really delighted in the opportunity to expand her story because I think it’s an important one.’

This mounting rage and slow unravelling, is best exemplified in a scene which has appeared across all three mediums, where she punishes Charlie by forcing him to spend a hot day digging a large hole in their backyard, only to make him fill it in again. When asked where the idea for this very specific and gruelling punishment came from, Silvey laughs – it really happened to a friend of his at school. ‘It was just so nefarious, so dastardly that I just always knew I would keep that and want to put it in something one day, even back then.’ His friend, he says, ‘has great ownership over that scene. He really loves it – and it’s always a really odd thing for him to see. He came to the premiere a few nights ago and, yeah. He gets emotional, he gets a kick out of it – it’s a curious thing.’

Having gone from simply having the character of Jasper appear in his mind, to seeing his work become a novel, then a play, and finally a film, I asked if the different incarnations of Jasper Jones has changed his original view and intentions for the characters and story. ‘Yes and no,’ Silvey says. ‘I think for the most part, seeing the stage production particularly, enabled me to kind of emotionally access the story in a way that I hadn’t previously.’ He continues, ‘As an author, you tend to be a little bit too close to the joke for it to be funny, and so having the opportunity to spectate and absorb the story via a different method was actually an opportunity for me to emotionally connect to it in a more powerful way. And I think it ultimately strengthened my relationship with it.’

Jasper Jones is in cinemas now.