Freshly arrived from Budapest to the Lower East Side, Eva puffs away on a carton of Chesterfields she’s just lifted, swaying about the kitchen of her cousin’s dilapidated apartment to the gyrating sax of ‘I Put A Spell On You’, playing on a portable tape player. Nothing else needs to happen. Her aloof grace, her black fringe sticking out at ninety degrees, and her reply to an insult from her fedora-wearing older cousin – ‘It’s Screamin’ Jay Hawkins and he’s a wild man so bug off!’ – are irresistible. Eva’s few words are perfectly placed, like Lydia Davis reincarnated as a displaced Hungarian hipster (in the non-pejorative sense of the term that still meant something in 1984). Even her po-faced cousin, played by John Lurie, is smitten. He laughs. They smoke.

This scene, from Jim Jarmusch’s second feature Stranger Than Paradise (1984), cements the director’s laconic brand of character-study cool, a trademark style which turns the mundane-on-paper outings of Down By Law (1986) and Mystery Train (1989) into cinematic treasures (soon to be revisited in a retrospective at ACMI in Melbourne), and which has found new urgency in Paterson, his latest wonder.

Set in Paterson, New Jersey, the film follows a week in the life of a kind but reticent bus driver, also named Paterson (Adam Driver) who is, between shifts, an unpublished poet – scribbling at the wheel or while eating his lunch, gazing up at the Great Falls of the Passaic River, one of the few places of natural beauty in the economically depressed, post-industrial city. We learn that Paterson’s personal hero is the Paterson-born William Carlos Williams, who also wrote poems around his satisfying day job as a doctor, publishing the book-length epic Paterson as well as famous minimalist poems like ‘This Is Just To Say’.

This gentle repetition of poets and Patersons are among many that shape the film. Paterson lives with his partner, Laura (Golshifteh Farahani), and her bulldog, Marvin. As each day starts with an overhead shot of the sleeping lovers entwined in bed, the rhythm of the film is set by Paterson’s internal alarm clock, the Paterson No.23 bus route, his nightly walk with Marvin around the block and his regular stop-off at the corner bar, where he smiles into his beer and amicably shoots the breeze with the owner and patrons. (‘The biggest drama is when his bus breaks down,’ joked Jarmusch in an interview with The Independent.)

Paterson’s poetic inspiration comes from observing his surrounds, channeling Williams’ much quoted ‘no ideas but in things’. His poems (actually the work of second generation New York School poet Ron Padgett) are handwritten onto the screen and read out by Driver in staccato voice-over. Warmly musing over items such as an Ohio Blue Tip matchbox sitting on a kitchen countertop, they share Jarmusch’s interest in the spaces between – a conversation with a taxi driver (Night On Earth, 1991), a coffee with a friend (Coffee and Cigarettes, 2003) – that are normally excised by the jump cut of Hollywood storytelling.

The film’s tranquility lives on Driver’s face: a constant flickering of unvoiced thoughts or anxieties as he drives; the cogs of a poem grinding away in his mind; or pricking up his ears, head turning to eavesdrop a little better on his passengers’ discussions of local anarchists and foiled romance.

Jarmusch’s characters are always fetishising or defining themselves in relation to other artists.

Perhaps the film’s greatest charm comes, though, from its reworking of the idea of the artist as outsider bohemian male (anti)hero. A fixation of Jarmusch’s previous work, a parade of memorable crims and drifters exhibiting momentary glimpses of self-doubt, Paterson trades the Beat romanticism of the open road in for Williams’ idyll of localism: an artistic life structured around routines and committed relationships, remaining in the thrall of the present moment and its possibilities. Rather than Jarmusch’s dapper precedents, Paterson wears a pale blue bus driver uniform. He arrives early for work. He doesn’t even smoke.

And yet, in Paterson, as in almost every Jarmusch film prior, art occupies a sacred place. When we enter Driver’s humble basement study, it feels like intruding into a private chapel, and the camera unsubtly lingers on book spines such as Infinite Jest and Kill Your Darlings. (Look, says the director, this book is cool.)

Like Eva playing Screamin’ Jay wherever she goes, Jarmusch’s characters are always fetishising or defining themselves in relation to other artists: Roberto Benigni quotes Whitman and Frost (in Italian) in Down By Law, the Japanese teens on pilgrimage to Memphis worship Elvis and Carl Perkins in Mystery Train, Johnny Depp’s fugitive accountant in the ‘anti-western’ Dead Man (1995) is named William Blake – Depp gifted with lines like ‘Do you know my poetry?’ before he shoots down an assailant – and in the two-hour drool over vinyl and guitars that is Only Lovers Left Alive (2013), the centuries-old vampires rank artists above the rest of mindless humanity – ‘the zombies’.

It’s unsurprising that Jarmusch’s films lionise artists: emerging from the collaborative mash of art, music and movies that was the No Wave scene of the 1970s, Jarmusch initially aspired to be a poet, and his longstanding musical affinity has seen him fill out casts with the likes of Tom Waits, Joe Strummer, RZA and GZA, and Iggy Pop – including Gimme Danger, his new documentary/self-described ‘love letter’ to the Stooges. (Indeed, Jarmusch’s band Sqürl wrote and performed the scores to Paterson and Only Lovers Left Alive.) These characters often slink along to an old school soundtrack, bluffing their way through life.

The loner hipster card that worked magic for [Jarmusch] in the 80s now feels exhausted.

Refreshingly, in Paterson this veneration is done without any smugness. Its lovable, mildly Luddite protagonist is cool in a different way: he owns no mobile or computer, writes in a secret notebook of which he has no other copies, and, instead of crowing over his authentic lifestyle, spends most of the film listening, absorbed by his community rather than his own poetic ambitions.

While Paterson inhabits a masculine world (Laura is radiant but ultimately belittled by her role as quirky, cupcake-baking creative, her ambitions treated as secondary whims beside Paterson’s steadfast artistry), this 2016 update of the Beat ethos is necessary for its maintained relevance today (cf. Rebecca Solnit’s ‘80 Books No Woman Should Read’). For Jarmusch, it is also perhaps an acknowledgement that the loner hipster card that worked magic for him in the 80s now feels exhausted, and simply doesn’t fly anymore.

Paterson pushes back against the idea of ‘the artist’ as a tortured rebel up against the world, allowing for a more generous definition – one which includes people like Paterson and Laura, who might not throw around droll one-liners as readily as John Lurie, but who are engaged and present and downright sweet, content to carve out meaning in their own way.

Instead of perpetuating emptied out ideas like ‘underground’ and ‘mainstream’, ‘us’ and ‘them’, Jarmusch ditches his handbook of cool to make a case for the artist in whatever space or form they might take today. A romance of the 9-to-5 (or, rather, 7-to-5), Paterson advocates for art as something existentially vital, and so much more than a ‘lifestyle choice’. 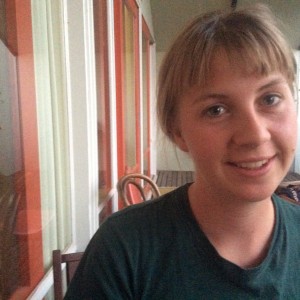 Annabel Brady-Brown is a founding editor of Fireflies and co-editor of The Lifted Brow. @annnabelbb