This week at KYD we’re looking back on our favourite books, film and cultural moments of 2016. In advance of the rest of the team’s top picks tomorrow, our Interviews Editor (and incoming Book Critic) Gerard Elson shares his fiction highlight of the year.

For me, the fiction highlight of 2016 was Deborah Levy’s woozy, caustic Hot Milk (Hamish Hamilton), more witch’s brew than bedtime palliative. Levy puts us on the back foot right from the title: I’ve had conversations with several people, who are yet to read the book, who’ve said that it gives them the same sense of vague and unaccountable distaste as I experienced, upon first learning of it. Why this should be is hard to say. What nerve – what ew receptor – does it touch? Are we imagining the ochre film of collected protein that floats on the surface of our latte when the milk is too hot, burnt? Or does the book’s cover – an image of a lithe young woman in a red bikini, alone by the water’s edge in a secluded cove – suggest Freudian overtones: is the title obliquely sexual? Maybe a stinging allusion to womanhood, femininity, maternity?

As it is, thoughts of scorched tongues, young skin and sour matrilineal relations are the perfect overture to Levy’s novel, a finalist for this year’s Man Booker Prize (Levy’s Swimming Home was also shortlisted for the Booker, in 2012). As in Beautiful Mutants (1989) and Billy and Girl (1996), Levy – poet, playwright, essayist – uses her peculiar talent for a glassy yet beguilingly skewed modernism to furnish a world that is recognisable yet somehow hyperreal. 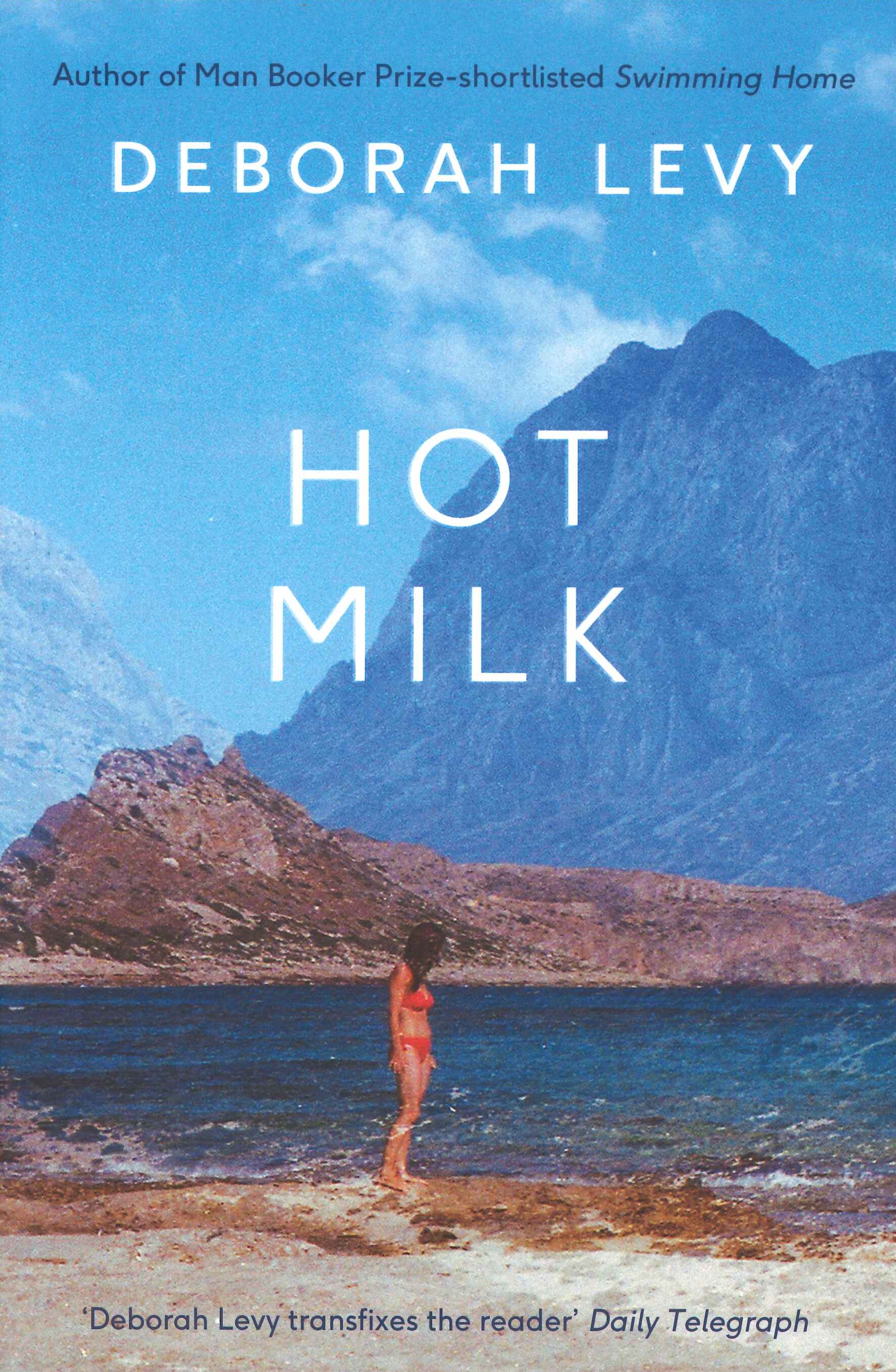 The story is straightforward, but simmers threateningly, like milk about to scald and turn bad. Sofia, an anthropology graduate (she has abandoned a PhD on the subject), has travelled with her mother, as caregiver, to Southern Spain, where Rose will undergo treatment for a baffling medical condition: her legs have stopped working, to the naked mystification of specialists back in the UK. In Almería, by the jellyfish-infested waters of the Mediterranean, Rose will submit herself to the unorthodox methods of Dr Gómez, most likely a quack.

But Gómez is not the only likely swindler in this story: this being Levy, everyone has their many facets and, in stark contrast to the radiance of the enveloping sun, surf and sand, few of them are bright. There’s Ingrid, the teasing, inscrutable German seamstress who will become a point of erotic fixation for Sofia, and her boyfriend Matthew, a blonde lothario who covets the doctor’s daughter, Julieta, AKA Nurse Sunshine, an artist and Gómez’s assistant at the clinic. It’s around Rose, though, the mother for whom Sofia’s love cuts so deep as to be ‘like an axe’, that Levy cultivates the novel’s darkest – and richest – ambivalence. Could it be possible that, far from being physiological, her paralysis is not even psychosomatic, but rather a calculated gambit of possession and obstruction waged by a tyrannical hypochondriac and extreme narcissist, a woman consumed by a grotesquely outsize case of mother-daughter envy?

Hot Milk pings with vivid, surprising detail, which smears the tartly observational with the mythological, the superficiality of surfaces with the enigmatic turnings, and disturbing welling-overs, of the unconscious; the ‘dissolving margins’ of Lila Cerullo in Elena Ferrante’s Neapolitan Quartet came to mind as I read. In fact, this category melt, a kind of complexification, is actively sought by Sofia, Hot Milk’s 25-year-old protagonist. She is all-too acquainted with the ways that received ideas about gender, sexuality, age and bloodlines can still vulcanise about a young woman – even a promising intellectual, like herself – in 2015, when the book is set: ‘It wasn’t clarity I was after,’ she tells us. ‘I wanted things to be less clear.’ And elsewhere: ‘I am not sure how much desire I am entitled to possess.’

I have not yet mentioned how Levy uses the Spanish setting and Sofia’s Greek lineage to let her themes eddy outward into the realm of the political, most notably, post-GFC life in the Eurozone. I could go on, but I won’t. Instead, I will leave you with this passage, one of my favourites from the novel. Here, Sofia is visiting her estranged father and his very young new wife in Athens:

‘Sofia is a waitress, for the time being,’ my father said in Greek.
I am other things, too.
I have a first-class degree and a master’s.
I am pulsating with shifting sexualities.
I am sex on tanned legs in suede platform sandals.
I am urban and educated and currently godless.

If this passage strikes a chord, Hot Milk might be for you. Gerard Elson is Kill Your Darlings’ Interviews Editor. He is a bookseller at Readings St Kilda, and the 2015 recipient of the ABA Penguin Random House Young Bookseller of the Year award. His writing has appeared in Best Australian Essays 2015, the Review of Australian Fiction and elsewhere. He is currently working on his first book, Something Flammable – a biography, of sorts, of the musician Rowland S. Howard – for Echo Publishing. @unnewsworthy (Tumblr)