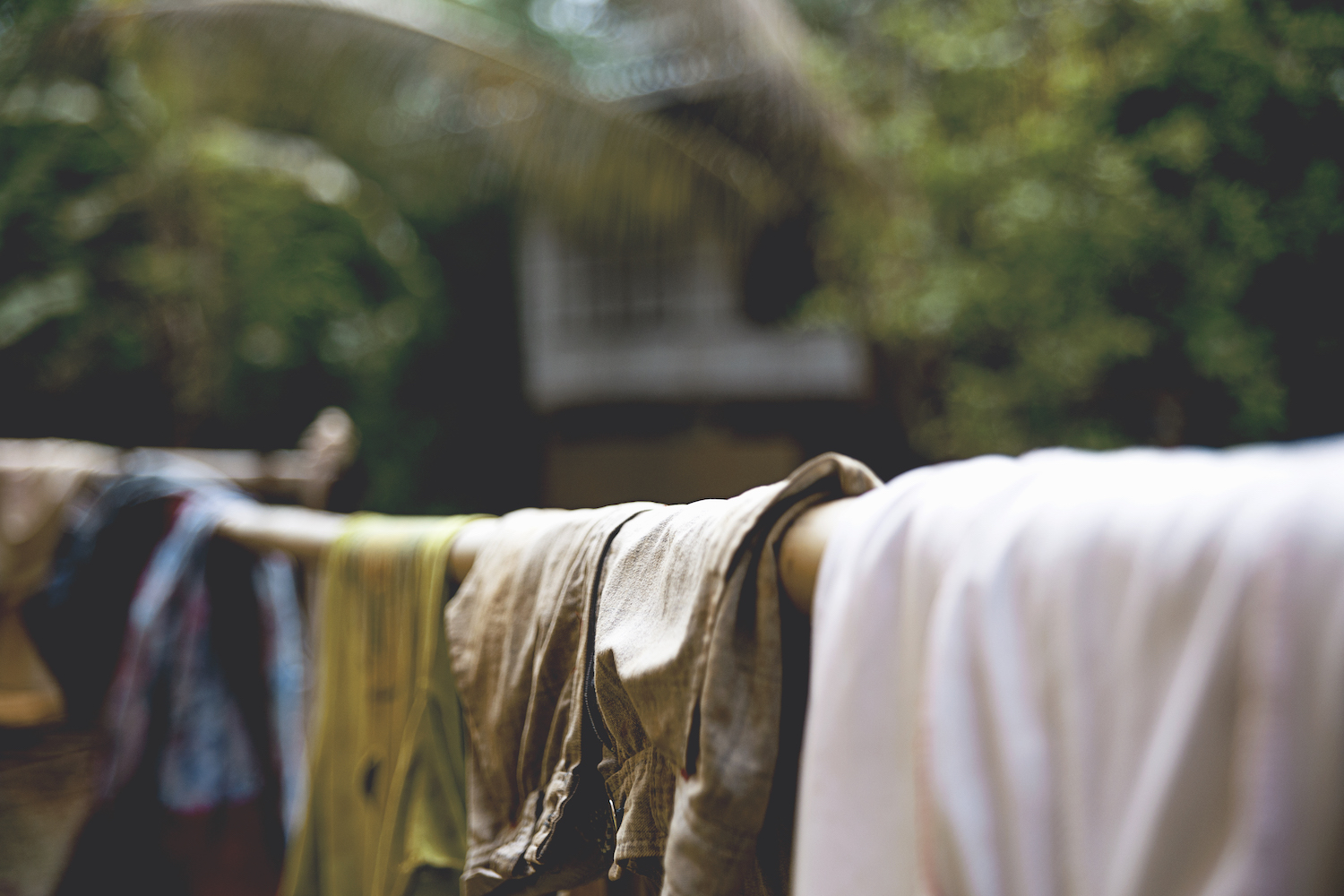 Ever since I was a child, I have wanted to write a book about my family.

As a teenager, I wrote imagined stories from refugee perspectives. I wrote poems that ached for something I’d never had. I read voraciously, hungry for tales that reflected the reality of everything that came before: the loss and the fear and the tiny victories that sowed the seeds for people like me to exist.

But I haven’t written about my family, and every time I try to start, I balk.

In my column for Daily Life over the last year, I’ve touched upon elements of my upbringing. I have written about yearning for a place I don’t know, romanticised by those unaware of its bloodied past; about being caught between cultures, unsure of whether I was Vietnamese or Australian or both or neither; about the strange, floating grief of losing a grandparent I barely knew.

When it comes to writing about their ten days at sea, when my father steered by stars and loved ones were raped and died and they longed for fresh water and shorelines; the strangers who spat on them and told them to go home; the first and second and third child and how they changed everything; the minutiae of existing every day in this family – when it comes to writing that story, my fingers freeze.

Writing memoir is like dancing with fire: warm, inviting, unspeakably dangerous. When you write about people you love, you risk hurting them. We all have different perspectives, but when the story makes up every bone holding you all together, can you risk crushing an entire family of skeletons under the weight of your truth?

When you write about people you love, you risk hurting them.

Since I became a writer, I have been afraid of how other Vietnamese people will see our family reflected through my work, especially as my father is a prominent community figure. My values and actions often oppose my parents’ conservative ones; would I be able to live with myself if I damaged their reputation, after all they’ve done for me?

My mother cried when she read a column I wrote about how my family contributed to my adolescent struggle with weight. She felt like a bad mother, and I felt like a bad daughter for scrubbing our skin to its bone so publicly. In the end, she told me that no one can take my truth from me. She is supportive of my writing, even when our perspectives are like oil and water. My sister, on the other hand, berated me: stop victimising yourself, stop being selfish, stop thinking you’re the centre of the universe.

But writing about my family is not about airing dirty laundry; it’s about communicating the complexities of a journey that started decades ago and continues, both subtly and enormously, through the threads of all our lives.

My parents loved and love us. We are their proof of rebirth after trauma, and my childhood is full of happy memories. But there are pockets of sadness, too: the dysphoria of existing in this privileged country, the uneasy disconnect between present and past; the cultural chokeholds that strangled me; the things we could never understand about each other. How can I tell my story while protecting its protagonists, or the culture burned into my skin that taught respect, or the gratitude glowing in me? How can I do justice to a story that started before I was even a whisper between bedsheets?

Writing about my family is not about airing dirty laundry; it’s about communicating a journey that started decades ago.

Some memoirists approach this dilemma – of wanting to simultaneously tell the truth and protect loved ones – by waiting until the subjects are dead. But the ghosts of loyalty do not falter, whether someone is flesh and blood, or dust in an urn. Devotion does not die with the physical.

There is the method of fictionalisation, placing a small but significant space between fact and fantasy. Alice Pung’s Her Father’s Daughter, about the writer’s relationship with her father and his experience in the Killing Fields, flits between past and present, and is narrated in the third person throughout, reading like a novel. Art Spiegelman’s graphic novel Maus replays the trauma of the Holocaust through animal characters, creating a parallel sense of empathy and distance. Both deal with life during wartime in a way that is at once truthful and abstract; though the writers were not present, they marry parental memories with the vast expanses of their own imaginations.

Benjamin Law’s The Family Law is told in short, non-linear vignettes, punctured with both humour and profound feeling. When I began seriously thinking about writing a memoir, I emailed Ben for advice. ‘I left out basically 99.9 per cent of our lives!’ he replied. ‘There’s so much stuff about my family that I honestly wouldn’t write about because it’s too exposing, or too terrible, or simply boring or irrelevant.’

Ben compared memoir writing to bricklaying, block by block, and said that writing columns and essays helped him figure out what he was comfortable sharing. My column for Daily Life has been an exercise in exposure – sex, mental health, breakups, breakdowns – my memoir training wheels. I don’t mind exposing the ugly parts of myself, but I feel a duty to protect my family. It is a constant balancing act.

When a writer’s child becomes a writer themselves, the interpersonal complexities become cyclical. Spiegelman’s daughter, Nadja, recently published her own memoir, I’m Supposed to Protect You from All This. In it, she writes of her father’s work:

I have always known what it means to be a character in someone else’s story. My birth was marked by an asterisk in Maus.* As I emerged into the fluorescent lights of St. Vincent’s Hospital in the Village (it seems strange, to use ‘I’ for that self I cannot remember), some other part of me fell through my father’s black tear of ink on the page. Or rather, not one page, not one asterisk, but hundreds of thousands in books being opened for the first time, being printed for the first time, even now.

Of her own memoir, she muses:

My father told people about my project with pride. My mother resented him for it. She became angry when anyone asked her about it. ‘It has nothing to do with me,’ she told me when I asked why. ‘It’s your book. I have to think about it as being about someone else, some other girl who shares my name.’

As a teen, Nadja found out only through reading Maus that her grandmother had killed herself. ‘My father had closed away a painful part of his past and left it there for us, for anyone, to find,’ she writes.

How would I feel if my future children wrote about me? Would I be encouraging, or defensive, afraid of what I might learn about myself through my paper twin? Would I understand their need to commit memory to page, however painful those memories might be?

Memoirists create literary time capsules for both loved ones and strangers. Through talking with my parents and blending their experiences and mine, I can paint a portrait of our lives, ensuring that our history is not forgotten. It is as much an exercise in record-keeping as it is in reflection for the writer, their subjects and readers – at once intimate and universal.

How would I feel if my future children wrote about me? Would I be encouraging, or defensive, afraid of what I might learn about myself?

I first thought that memoir was an exercise in linear cataloguing, but realise now that it’s about personal perspective and capturing significant moments and feelings. Memoirists and those close to them must recognise the fallibility and subjectivity of memory, and the fluid nature of narrative. Life influences art as much as art influences life.

Our story is unique: it’s the story of a young couple who left it all behind for a country they didn’t know, learned a new language and started over in a strange new place, raising three girls who carry the open sea in their veins.

But our story is not unique: it’s the story of millions of other Vietnamese refugees, of asylum seekers today who’d rather die trying to leave than live within cages of themselves. Our story is the beginning the Syrian toddler on the beach had stolen from him. We are tiny planets in orbit of a sun that burns bright in each of us.

Our story is ours, and I have the power to write it.

Our story is bigger than all of us.

I am writing a book about my family. 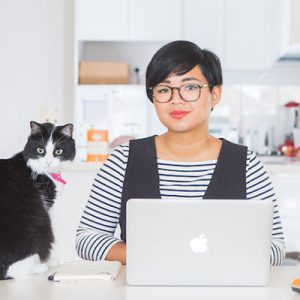 Giselle Au-Nhien Nguyen is a Vietnamese-Australian writer and bookseller based in Melbourne. Her work has been featured in publications including Meanjin, The Saturday Paper, Kill Your Darlings, SBS Voices, Rookie and frankie. She was an inaugural recipient of The Wheeler Centre’s Next Chapter fellowship in 2018. 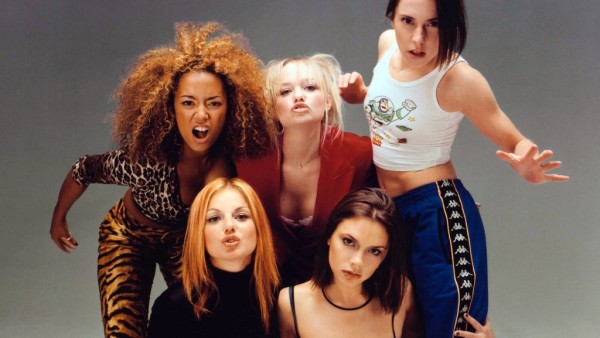