Kill Your Darlings’ First Book Club pick for November is Briohny Doyle’s debut novel The Island Will Sink, also the first book published by The Lifted Brow. In a not-too-distant future perpetually on the brink of collapse, catastrophe is our most popular entertainment. The world watches as Pitcairn Island sinks into the Pacific, wondering if this, finally, will be the end of everything. Amongst it all, Max Galleon, anxious family man and blockbuster auteur, lives a life that he cannot remember. This extract begins on page 155.

It’s not that you want to hibernate like an animal. You just long to fall back into an infinite net with infinite give. To relax into a pattern of being that transcends your own small and cluttered life. You want to cast yourself out beyond the unavoidable anxiety and strain of life as an individual.

You feel the needle pierce your skin and your veins fill up with sleep. There is a moment here, on the precipice, where you can assess all the moments that came before this one. A singular collage of events. Watching your mother singing in the garden. A pile of burning machines. A long drive. The smell of smoke, the sound of sirens. All the vivid pasts, and somehow all the possible futures too. You reach out to each one but they’re already gone, replaced by something more or less real. Now, as tranquillity takes hold, a feeling like returning home. The air is sweet. A vast sound fills your inner ear. Then relief takes over. You no longer feel like you, and then, you no longer feel.

Pre-emptive algorithms have already packed Jonas’s bag by the time I get around to checking my itinerary. He is coming with me to the central district. We will reconnoitre the scene together. It seems inevitable, now, in the desaturated light of morning, that Ellie would get her way.

‘I don’t want to hear any more about going to Pitcairn,’ I tell Jonas, refusing to place his bag in the car until he looks me in the eye and gives me a weak smile.

Jonas has already co-opted the trip, insisting that we visit the Pitcairn Studies Centre and make contact with a researcher he knows.

I glance subtly in the rear view and decide that Jonas, who’s been brooding for days, dwelling in an igloo of bad data, is temporarily mollified. He appears to be looking out the window as we pull out onto the narrow road. But I know better – while the landscape of now speeds by, he’s locked into events far away and important. Every now and then he gasps and dictates a note. He’s constantly messaging his friend from Lutsk. His headset lies splayed on the backseat of the car like a hastily abandoned robber mask. He adds relevant information to my reading queue; an oppressive stack hangs in my periphery.

‘Dad, listen to this,’ Jonas turns up an audio feed.
‘That’s right, Wayne,’ says a female voice. ‘The reports say that the giant ground sloth pup was discovered in Myanmar this afternoon by a group of researchers who were updating the island’s ecostats in the wake of recent heightened sea temperatures and the scourge of Hurricane Teardrop. We have the head zoologist and palaeontologist from globalUni here to explain the implications of such a finding.’

The expert clears her throat.

‘Thanks, Mary,’ she says. ‘The discovery of a new species of megafauna on a depopulated land mass is extremely significant. It may well even be an event that signifies the end of the Holocene and the beginning of a new era for Earth.’

‘I don’t get it,’ says Wayne. ‘How can it be the end of the Holocene when we’re still here?’

‘Yes, Wayne, we are still here, that’s true. But not on Myanmar. Hurricane Teardrop will leave vast areas of the Gulf Coast completely uninhabited but it’s only the latest weather event to drastically alter population patterns. Myanmar has been depopulated for decades. The ground sloth pup we found today is three years old. It’s possible she is second generation. It’s probable she marks the beginning of a new geological and zoological period within her ecosystem.’

‘So what are you saying? That we should look out for the return of the dinosaurs?’

‘Wow,’ Mary almost squeals. ‘The dinosaurs are coming back! What would that even look like? Let’s put on our haptic sets and enter the world of the dinosaurs, where humans aren’t in charge and survival is a daily challenge of wit and might!’

In the back seat, Jonas’ headset pulses. He mutes the feed. ‘It’s pretty convenient, don’t you think?’ he says.

‘Well, we have a species-threatening event, and suddenly some apocalyptic megafauna shows up. Out of nowhere. Like two days later.’

‘So, right at the point when we start to worry that this is the end of everything, and that it’s all our fault, something miraculously shows up that suggests this is part of the grand design, that we are simply moving from one period to the next, and even that there is a possible new phase of evolution for us just around the corner.’

‘You get all that from the sloth?’

‘Of course. And subliminally, so does everyone else. But even if they don’t, a seven-foot sloth baby is a pretty good distraction. It’s hard to keep focussed on what’s really going on when that thing is strutting around in the background. I mean, look at it.’ Jonas casts the sloth across the windscreen.

The sloth’s bright and only somewhat grass-stained teeth are visible in an uncannily human grin. Its eyes, dark and surrounded by unruly fur, are undeniably intelligent. Despite its size, there is something about the sloth that inspires a parental, protective urge. It crawls languidly through the yard of the Myanmar research facility. It sprawls in the cushioned igloo, occasionally emitting a small and pathetic squawk – a sound somewhere between a goat bleating and a human infant pointing out something of interest.

‘Exactly. Because we are being encouraged to accept this giant sloth as the future dominant species.’

‘The meek inheritor of the world?’

‘It is comforting to know that after we are gone the world will return to the adorable megafauna – not withstanding the possibility of dinosaurs.’

We pull in to the central district. In the timeshare buildings around us refrigerators order eggs, beds adjust their temperature to the body of the sleeper, and children’s tears are pre-empted by calculating-candy. The car navigates the streets, each one identical: clean, empty and forgotten by the next. The streetlights beat the polished glass, metronoming space.

‘Do you know what they named the sloth?’ says Jonas.

The Island Will Sink is available now at Readings. 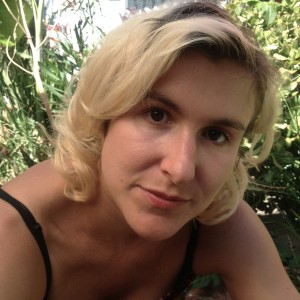 Briohny Doyle is a Melbourne-based writer and academic. Her debut novel, The Island Will Sink, is out now through The Lifted Brow. Briohny’s work has appeared in publications like The Lifted Brow, The Age, Overland, Going Down Swinging and Meanjin, among others, and she has performed her work at the Sydney Festival and at the Museum of Contemporary Art, Sydney. 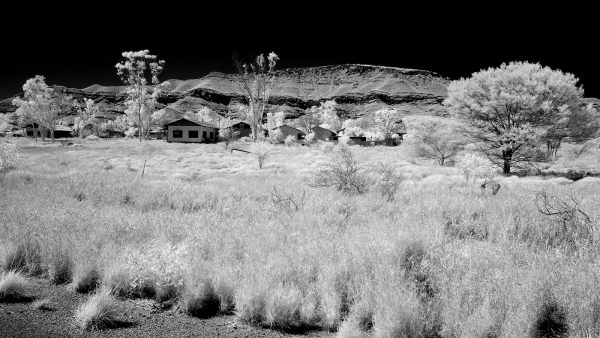