By now, the shocking election result in the United States has washed over us all, and many have been left reeling from the understanding that instead of the first female president, the world will witness a racist, misogynist, xenophobic, fascistic sexual predator inaugurated early next year.

And while here in Australia I can never hope to imagine the implications of this election for US citizens – and those constituents representative of minorities the president-elect has so publicly threatened and degraded – this result touches me, as it touches so many other Australians, all the same, and our horror, and rage and pain, is real. The world feels bleak right now, our efforts hopeless.

There was much at stake in a Clinton victory. I had wished that her presidency would prove that women leaders could now be afforded the same treatment as their male counterparts; that Clinton’s disproportionate qualification for the top job compared to that of her opponent ensured her a comprehensive victory.

If Clinton had won then perhaps the notorious hatred and abuse endured by our first female prime minister, Julia Gillard, would not have been in vain. I had hoped a Clinton victory would show that men can no longer degrade and humiliate women and be rewarded for it.

This election was not only a loss for Clinton but also a body blow for women and the men who respect and value them. Yesterday, as a Trump victory became more certain, I, like many others following the results, felt stunned. I was forced out of my study to the couch, where I sat for hours. I felt like something big and bulky sat on my chest, forcing the breath out of me.

Like all women, I have known sexism. These have been small acts, small slights, which some might think aren’t worth mentioning. But I believe these experiences, which no doubt I share with many women, now require airing.

This sexism began early, in primary school. As an eight-year-old, my male sports teacher didn’t let me join the cricket team because I was a girl. It took a complaint from my father to the school principal for this teacher to begrudgingly include me. (When I was bowled out after making only two runs, he had sneered as I walked off the ground: ‘See, that’s why girls shouldn’t play cricket.’ The other eight-year-old boys had laughed.)

And in my final year of school, I was told by a senior teacher that I was misguided to think I would get into medicine at university because boys had better chances of becoming doctors than girls.

These slights, small in comparison to others endured by women, were nonetheless dredged up yesterday, and snagged painfully in my memory. I couldn’t help thinking: From little things big things grow. Then I looked around at our own country, reminded of other inequalities, those we’re by now so familiar with but seem incapable of changing: the gender-pay gap, marriage equality, our treatment of asylum seekers, the awful rates of domestic violence.

When Hannah and I established Kill Your Darlings, we were told by many, men and women, that we would fail. These predictions came unsolicited, sometimes from people we knew, other times from strangers. Whether this attitude arose because the magazine was founded by women I do not know, but we have also been subjected to some unprovoked and bizarre taunts about our gender in the six years we have been publishing, notably receiving hate-mail and being trolled on social media.

This had never bothered either of us. Until yesterday, I had never believed our magazine, or our work in it, to be especially political. If anything, there have been attempts to remain as apolitical as possible; it is our role to comment on political and social issues, not engender them.

But in these times of attack – on gender, on ethnicity, on sexuality, on common decency – the arts now have a greater responsibility than ever, to not only hold up a mirror to this unrecognisable world but to show a pathway to change and regeneration. This is our great hope within this deep despair. This is our politics, this is our purpose.

In all of our imaginations, whether it’s in writing, or painting or music or dance, our voices will be heard. As Gloria Steinem wrote: ‘Without leaps of imagination, or dreaming, we lose the excitement of possibilities. Dreaming, after all, is a form of planning.’

Here at Kill Your Darlings we will do everything we can to keep that light burning bright through the dark. As, to aptly quote Shakespeare: ‘How far that little candle throws his beams! So shines a good deed in the weary world.’

So, when you are ready, grab your pens, fire up your laptops. The planning has begun. 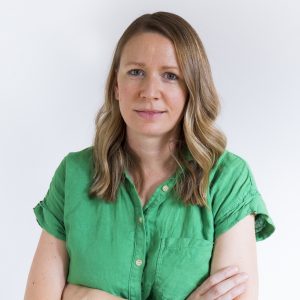 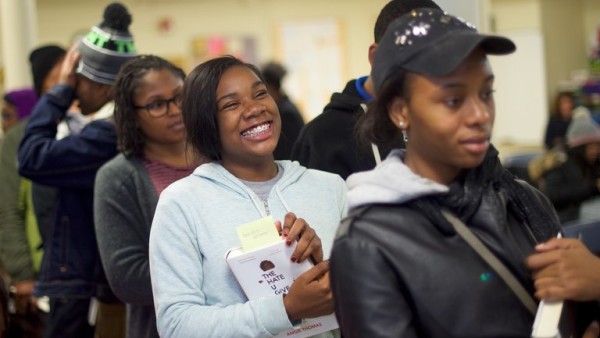