As writers, many of us share an innate curiosity for people and their stories. We want to put the questions forward and soak in the answers, collecting and sorting the lessons and contradictions they reveal.

Traditional opportunities for emerging writers to nestle into a subject’s life story may be shrinking – but there is ample room to hone the skill of the longform interview.

‘It’s changed so much since I started,’ says journalist and broadcaster Caroline Baum. ‘There were so many more opportunities, but I think what blogging and podcasting has done is allow people with very distinctive voices to emerge.’

In 2014 I started a blog, Extraordinary Routines, that allowed me to do just that – sit down with creative people I admired and ask them intimate questions about their daily lives. What began as a way to satiate my own curiosity about how people spend their time, grew into a portfolio of interviews – each a building block containing new skills, fumbles, awkward questions, and moments of sheer delight when what started as an interview morphed into a real conversation.

Two years in, I wanted to hear what those with decades of experience had learnt about interviewing. From illuminating their various career trajectories, to what makes a compelling longform profile or engaging interview, I spoke to some of Australia’s best interviewers about their advice on starting out in the profession and crafting a conversation.

While media has changed, writer and broadcaster Ramona Koval, well-known for her longform interviews with famous writers, believes the basics are the same – learning by trial and error, dissecting what makes a great conversation, asking for feedback on your own interviews, even volunteering in community radio. In other words, put one building block on top of another and learn until you get it right.

‘There is this sense with students [or young writers] that they have to wait until they have a job before they can try something. But how do you know you’re really interested if you haven’t had a go at it?’ Koval says. ‘Just do it. You may have to work in other areas waiting tables or doing something else until you’re really good at it.’

With our career or writing aspirations, it can be easy to fall into the trap of lamenting when we don’t find success right at our doorstep. Like honing any craft or skill, interviewing requires patience and practice.

‘Have a sense of proportion when it comes to your own talent and ability and regard it as a learning curve,’ Koval says. ‘Remember you are lucky to be building these blocks, so be humble, I suppose. People will hear you, people will see you, word of mouth is very important.’

With a background as a foreign correspondent, life experience has been the key ingredient for Jane Hutcheon’s success as an interviewer. ‘I read an awful lot,’ says the host of the ABC’s One Plus One, ‘and I’ve worked from about 30 countries, so I have had a lot of cultural experiences and I bring those into the interviews.’

For Baum, studying philosophy and politics and working in glossy magazines before being a researcher for Michael Parkinson didn’t make for what she describes as a ‘coherent’ career, but in retrospect such diverse experience was essential for being a great interviewer.

‘I think that is useful when you are interviewing a broad spectrum of people – you don’t want to be funnel your options too early.’

‘I like to ask people about what they remember from childhood, rather than what their childhood was like.’

A longform interview will generally require some delving into the subject’s past – so how and what you ask a subject is key to uncovering detail, and finding a new and interesting way to tell what could already be a common story.

‘I like to ask people about what they remember from childhood, rather than what their childhood was like,’ says journalist Melissa Fyfe.

With a background in public interest journalism before transitioning to feature and profiling writing for Good Weekend, Fyfe has noticed the major difference in the forms is the level of detail.

‘In investigative journalism you are looking for revelations, clarification and news breaks, but in longform profiles you have to include more detail and nuance – what colour the couch is, what they are wearing – to create a sense of place for the reader.’

For Baum, going to the subject’s home, seeing where the person works, or getting a sense of what interests them is great for adding colour to a written piece. ‘Christos Tsiolkas showed me his veggie patch, took me to see his parents, we went to the vet nearby where he worked occasionally behind the front desk, and I met his partner and saw his video collection – all very useful.’

But when faced with interviewing someone who has been on tour for months and is bored talking about their work, Baum says the key is to find the question no one has been asked before.

‘When I met with Frank McCourt his eyes were completely glazed over with boredom and I thought, how was I going to get through?’ she says.

‘It was a bit high risk, but I said, “Frank, you’ve told us what it’s like to be poor, now tell us – what is it like to be rich?” He sat bolt upright as if he had been electrocuted, his eyes sparkled, he leaned forward and said, “no one has ever asked me that question before.” And we went on to talk about how terrifying it is to be rich when you have no experience of money… after that he was putty in my hand!’

A longform interview requires a beginning, middle and an end. Koval writes a list of questions as well as an introduction to prepare where to start, where to explore and where to end up – but stresses the importance of remaining nimble.

Keeping the audience in mind is also crucial – writers tend to interview other writers about writing, Baum adds, and it’s easy to forget that a larger proportion of the audience is likely to be readers.

For Fyfe, what makes for a compelling profile is good structure and a framed narrative. ‘Get to the heart of the story – what did they overcome, what challenges, and what is it about them that got them through it.’

‘You can tell almost instantly whether that person wants to go with you, or run.’

When interviewing, it’s important to remember the subject is a person complete with their own set of nerves, fears, reservations, judgements, and particularities.

‘You are taking as risk because you are looking in someone’s eye and asking them a deeply personal question,’ says Hutcheon. ‘You can tell almost instantly whether that person wants to go with you, or run.’

‘It is your job to make the person shine,’ Baum says, ‘and the best way to do that is to make them feel safe and show they can trust you – then hopefully they will tell you things they have never said in public before, or sometimes never even thought about.’

Displaying respect can make or break an interview. ‘I found the braver I was in terms of asking questions in a respectful way – unmasking as opposed to undressing – the more people seemed to enjoy it and would be quite generous with their thoughts.’

The greatest sign of respect is doing the research. Listen to people, Hutcheon says, rather than already having the next question formulated. ‘Kerry O’Brien told me that you have always got to show a person you have made an investment… Be comfortable knowing the material and be comfortable with silence.’

A common piece of advice from all the expert interviewers was to remember that no two people are the same – and that questions should be tailored to the individual, do as much research as you can, and remember you are in conversation with a human being.

Of course, you’ll make mistakes, you’ll fumble over facts and there will be times you clash with the interviewee or start off on the wrong foot. But as Koval reminds me, learning is part of the fun. ‘You have to deal with your own ego and control the aspects of your personality that may not be conducive to being a good interviewer, and that takes time… sometimes you get embarrassed or they get annoyed, all kinds of things can happen, and that’s all character building.’

‘Make mistakes and learn from them,’ she says. ‘You’re not going to be fully formed as a human being – you never are – and you get to learn as much about yourself as you do other people.’ 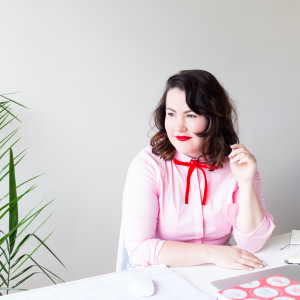