‘Here’s the poison we’ve been discussing.’ So begins The Easy Way Out (Hachette Australia), Steven Amsterdam’s third novel and the first to use a continuous narrative structure. Like the post-apocalyptic Things We Didn’t See Coming and the paranormally powered What The Family Needed, Amsterdam once again uses a speculative lens to delve into a near future, similar to our present reality, where assisted suicide has become legalised. Measure 961 has been carefully introduced into hospitals, with Nembutal being administered to terminally ill patients by nurses under strict rules that govern their protocols and affect. Protagonist Evan is on his first lone flight of assisted suicide, one that careens into a near-miss calamity. Taking on such a polarising topic in fiction allows Amsterdam to extend the current debate about euthanasia from an ethical discussion to one of administration.

Evan is a man battling multiple demons: his combative mum, Viv, is fast deteriorating with Parkinson’s and has been moved to Willow Wood, a nursing home she wants to escape. Viv is a wonderfully polarising and peevish character – my favourite scenes involve her teetering journey between illness and recovery. Evan lives in the shadow of his father’s death, an incident from his childhood that may or may not have been a suicide. He is also navigating a fledgling polyamorous relationship with another couple, which brings him both comfort and distress – he has lied to them about what he does for a living: there are still fence-sitters on the subject, or those who disagree with euthanasia as a solution to pain. The book’s few bedroom scenes between the ‘throuple’ are dealt with in a gently erotic fashion, usually in context with Evan’s inner turmoil.

Outside of writing, Amsterdam is a registered nurse, and this experience shines through in the book’s carefully constructed scenes with patients and hospital settings. The terms and conditions of terminal patients being administered Nembutal are mapped out in a way that is easily recognisable within a hospital setting: the legal requirements and stringent documentation procedures Evan jumps through brought back memories of the copious documentation in my own brief nursing career. The physical recognition of a truth in the writing was so real in parts I was wincing. In Evan I recognised that dance – of caring, but not caring too much. It was a difficult balance to strike, especially when witnessing patients in pain in their last moments. Working in a hospital environment made me appreciate the validity of access to something like Measure 961. A bad death is harrowing for all present, and I was personally a spectator to several. In fact, it was the role of ‘spectator’ that I resented most; Amsterdam has fictionally gifted Evan what I am sure most nurses would like to offer – that of choice.

In Evan I recognised that dance – of caring, but not caring too much.

Over the course of the novel we meet a number of patients and their families, each imbued with nuanced details and quirks, some with viciously described cancers and debilitating illnesses, their reasons for preferring death by Nembutal clear. Amsterdam has a knack for creating real and relatable characters working their way through difficult territory, coupled with navigating the idea of family. The strength of his stories comes from his character’s doubts, failings and redemption.

Assisted suicide is not the easiest of topics, but Amsterdam knows the power of humour and uses his trademark snappy comedy to make sure the reader stays on board, looking on with sympathy rather than dread. Death, terminal illness, ageing and suicide are handled with hope in mind, the plot structured to illuminate the irony of the title: there is no easy way out. Evan’s ethical struggles mirror the novel’s main theme: at what point should someone be allowed to take their own life? What is a good enough reason to slip into a permanent Nembutal sleep? The book takes on the idea of clinically assisted death, in a safe, monitored hospital setting, versus a rogue, DIY-style death at home, something Evan finds himself involved with later in the story. This is an astute way of showing both sides of the assisted dying debate, depicting what may well be going on right now, behind closed doors, for patients and families who don’t have access to a clean exit in a hospital setting, and therefore take matters into their own hands.

Assisted suicide is not the easiest of topics, but Amsterdam knows the power of humour.

I found it interesting that Amsterdam chooses to include a disclaimer in his acknowledgements about not using patient details. This should be a given, since it is a work of fiction – but it’s a testament to Amsterdam’s skills as a writer, each case so convincing and credible it was deemed necessary.

Whether Amsterdam intended it or not, what I took away from my reading experience was a focus on mortality: that our bodies can betray us at any moment. At one point Evan makes a shrewd observation about the ‘thousand emergencies just inside the hospital,’ while the healthy and able-bodied saunter past, oblivious, one small mishap away from some type of ruination themselves. Most importantly, I had laugh-out-loud moments, and I appreciated Amsterdam’s ability to focus on some of the most uncomfortable human moments in a gentle and empathetic way. Like Evan, the reader is a bystander, a witness, to what might be a future scenario, but in Amsterdam’s capable hands, it feels dignified.

The Easy Way Out is available now at Readings. 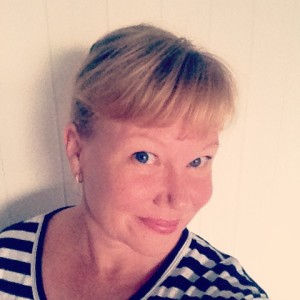 Ira McGuire is a writer, reader and life-writing researcher. She lives with her partner and children on the Gold Coast.