Rebellious Daughters, edited by Lee Kofman and Maria Katsonis (Ventura Press), is Kill Your Darlings’ First Book Club pick for October. In this excerpt from Michelle Law’s piece in the collection, she revisits her teenage years and the yearning for freedom that came with them.

I wasn’t surprised to find my tyres flat, the handles dusty, the spokes almost rusted through. I hadn’t ridden my bike for months, let alone beyond the parameters of my street, which was the distance Mum deemed safe lest I be run over by a reckless driver, or abducted by child molesters. Mum, a worrier who was always on high alert having grown up in Hong Kong in the ‘70s, where pickpockets and other predators roamed, and then a faithful viewer of A Current Affair and Today Tonight, felt there was always something to fear: criminals, faulty electronics, cereals with a high sugar content. I learnt to fear everything and suspect everyone. So I was always within Mum’s sight.

But over the past year, my final year of high school, I’d taken to going on short bike rides to escape the claustrophobia of living together. After my parents split, the five kids in the family divided between both households. By the time everyone had left for university, it was just me, the youngest, and Mum, alone together from when I was nine years old. This meant that our lives were inextricably linked: we knew each other’s habits, fought regularly, and depended on each other for company and counseling. In short, we were each other’s strongest allies and worst enemies. It was suffocating. The more time we spent together, the more our lives began resembling Grey Gardens – we were like Big Edie and Little Edie, alone in a dilapidated house being swallowed up by overgrown plants and mental illness, which ran in our family. And like Little Edie, I had alopecia, an autoimmune disease that causes hair loss, to boot.

Now I was 17 and preparing to move out of home for university in Brisbane, a prospect that I found equally terrifying and exhilarating. It meant learning to cook, clean and navigate a public transport system by myself, but it also meant freedom.

I’d taken to going on short bike rides to escape the claustrophobia of living together.

‘Where are you going this time?’ Mum asked, suspicious, as I buckled my helmet. ‘Down to the park again?’

‘I don’t know,’ I said. ‘Probably to the canal and then to the shops.’

‘What are you going to buy?’

‘I thought I’d just walk around, look at the sales.’

‘Maybe I’ll meet you there.’

Eventually, Mum came around to my lie.

‘Maybe get some laundry powder, if it’s on special,’ she said, handing me money. And with that, I set off for the garage. If I was going to pull this off, I needed to pretend this trip was like every other one of my bike rides.

Using the heel of my foot, I kicked in the garage door, which had expanded in the frame after the recent summer storms. The humidity blanketing the town over the last several months had left even the house bloated. Eventually, I located my bike beneath all of the storage containers and old art projects disintegrating from silverfish bites. Technically, I wasn’t lying. I was going to stop by the shops if I had time, and the canal was en route to Liam’s house.

Liam was the most beautiful person I’d ever met. He had wavy, brown locks, a Roman nose, kind brown eyes, a chiseled jaw, and a hint of stubble. He was tall, tanned and toned from doing water sports every weekend and even I, a bookish shut-in whose ideal man was pale, British and internally anguished (essentially, Mr. Darcy), couldn’t resist him. And to my great surprise, Liam was interested in me. Me. I had no idea why, since we had nothing in common besides both of us being in grade 12 and living in the same town in coastal, regional Queensland. He was a Disney prince incarnate who’d had beautiful girlfriends, and taught body and wake boarding to kids at the beach in his spare time, which I found charming (the part about the kids) and also a living nightmare (the part about the beach). And I was an Australian born Chinese virgin with bad eyesight, anxiety and thin hair. My pastimes included performing in the school musical, working with the school magazine committee and public speaking at Lions Clubs Australia events. My first kiss came from our grade’s punching bag during a drama lesson, and even he wiped his mouth after the kissing scene was over.

But I was fairly happy with myself, despite all of the usual self-consciousness felt by adolescents and despite the fact that I was different to most people I knew. So I was not so baffled about the idea of Liam and I being attracted to each other. I just didn’t see how we made a good couple, yet I fell hopelessly into the fantasy of what we could be. With him, there was the promise of really fitting in at school.

‘He’s totally into you,’ said my friend, Jessie, several weeks before my joyride to Liam’s house. I was visiting her at the boutique where she worked after school and on the weekends. She stood behind the counter rearranging stock as I idly browsed jewelry. It was the kind of place that sold chunky, beaded necklaces worn by middle-aged Caucasian women who owned multiple kaftans and whose husbands owned multiple yachts. I twirled some of these necklaces around my fingers absentmindedly.

‘But you talk on MSN every day.’

‘And he told me he thought you were gorgeous.’

My breath caught in my chest. I’d wanted some reassurance that I wasn’t out of my mind in thinking that Liam could be interested in someone like me.

Liam and I had met online through mutual friends and since then, we’d caught up a handful of times at group hangouts. He went to the gargantuan public school nearby that churned out so many seniors each year that it was normal for students and teachers to lose track of each other. And I went to a Lutheran private school a few suburbs across that our parents sent us to because they thought it would mean we’d get bullied less (it didn’t).

Each afternoon, we’d jump on instant messenger and update each other on the happenings of the day – what assignments we were working on, which friends said what scandalous things. Eventually, we started discussing more personal stuff: what anime we watched, what Tolkien books we’d read, who we’d liked or dated in the past. I discovered that he lived one suburb away, loved X-Men and science fiction and played keyboard in a band. He worked at the local Big W doing night fill and when he had late shifts, I would stay up and wait for his MSN status to switch from ‘Away’ to ‘Online’. We talked nightly, if not several times a day. But as the weeks wore on, and my moving date drew closer, our communication became irregular. Some nights he would be hours late logging on; other nights he wouldn’t log on at all. I held onto whatever stupid conversations we now had like a lifeline.

I’d never kissed anyone, let alone held someone’s hand. This was, in large part, due to Mum’s strictness.

‘Do you like Cadbury fruit and nut?’ he asked one night.

‘I love it,’ I typed, groaning aloud at the pointlessness of the subject.

‘I hate it!’ he replied, and I wished I’d been honest the first time so he’d know just how much we had in common and how it was obvious we were destined soul mates. Then he told me I was one of the coolest people he’d ever met, and I told him likewise, and then suddenly I was willing to risk my relationship with my mother to pursue a romance with a broad shouldered wake boarder. If I didn’t take action now, I’d lose Liam. Until this point, my experience with boys had been limited. There was the four year crush I’d had on a boy, which culminated in him asking me out as a joke during a school excursion. Then there was the time I lied about not owning a telephone so I wouldn’t have to give my number to a boy who smelt like cabbage. And then, finally, a failed online romance with a boy several years older than me. Besides that drama class kiss, I’d never kissed anyone, let alone held someone’s hand. This was, in large part, due to Mum’s strictness.

Mum had enough household rules to keep all my siblings and I in check: no shoes or balls in the house; no pets that couldn’t be kept in tanks or cages; no sleepovers; and above all: no ring, no ding. Which is exactly what it sounds like. Without a wedding ring, you can forget about having sex, and you’d better not try having it under her roof. This also extended to any other kind of sexual activity, even kissing. But what if the kissing was done under somebody else’s roof? 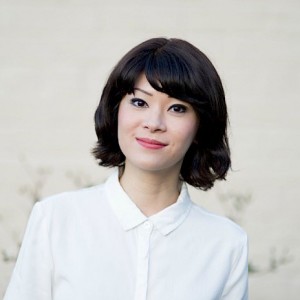 Michelle Law is a Brisbane writer whose work has appeared in Women of Letters, Growing Up Asian in Australia, Destroying the Joint and many Australian literary journals. In 2014 she co-authored the comedy book Sh*t Asian Mothers Say (Black Inc.). She is an AWGIE award-winning screenwriter whose films have screened internationally and on the ABC, and she is currently working on her first stage play with La Boite Theatre. 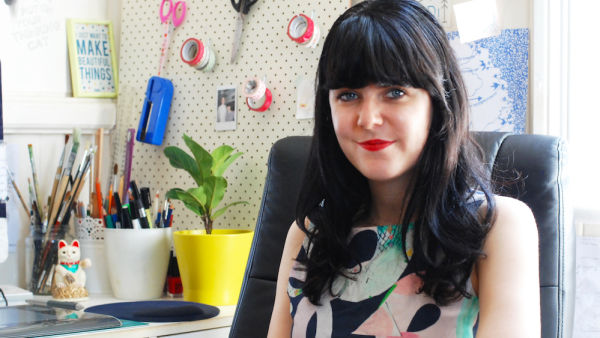