Will Byers is missing. His mother Joyce and brother Jonathan) search the town frantically. All the police can find is a bike – unceremoniously discarded and completely unscathed, as though the owner just suddenly grew out of it.

With no trace in the woods or on the streets, the search narrows until Joyce is in her own living room. She lines the walls with Christmas lights, having discovered that, somehow, she can speak with Will through them. In terrifyingly bright shades of red and yellow, Will screams mutedly that he’s right here – he’s in the house, the place he is most familiar with. Except the house he’s in is dark, cold and desolate; an alternate universe called the ‘Upside Down’, which he was sucked into against his will. Joyce cries and claws at the walls, saying that she’s coming to find him. Of course, for the sake of the narrative, Will has to be ‘saved’. But when he comes back, he’s haunted by something unseen and unfixable – something that has to be kept secret. He’s changed.

Children have always been one of the most popular presences in horror films. From Poltergeist to The Exorcist to The Sixth Sense, the idea of an impressionable mind being controlled by an external force is always an easy one to inspire fear in an audience. Historically, horror has centered on younger children, ones very much of the age where they’re under frequent supervision of a parent. Recently, however, there has been a shift, with horror being used to make commentary on puberty and everything that comes along with it.

For Will and Eleven, the Upside Down symbolises a loss of innocence, the arrival of a terrifying and new presence.

The Upside Down of Stranger Things is a place that is, for the most part, uninhabited and invisible. Even if one makes it out alive, no one else is able to quite understand what really happened. This alternate universe holds up a dark mirror to otherwise familiar places.  Everyone who experiences it sees it differently; the space transforms what is everyday and comfortable into a nightmare. In the series, Will is seen at his home and school, the places he frequents the most. Eleven, a young girl with psychic powers, brought up in a laboratory with no outside contact, merely imagines staying in a dark, empty room, giving her even less to hide behind. For Will and Eleven, the Upside Down symbolises a loss of innocence, the arrival of a terrifying and new presence. It’s a cold, lonely world where you’re taken without warning, and where people are changed forever.

This is a trope that spreads far beyond the small town in depicted in Stranger Things. There’s David Robert Mitchell’s It Follows, which centres around a sexually transmitted disease in teenagers, meaning that the real and lethal villain of the film is sexual experimentation. In the movie, protagonist Jay is haunted by a terror that only she can see, yet which has the potential to kill everyone around her. Her parents quickly disappear from the film, leaving Jay with only her friends. While they attempt to help her, taking her far away from home in an attempt to escape, they are ultimately blind to the danger and therefore can’t understand what she can. In a similar vein, Philippe Lesange’s The Demons welcomes its young protagonist in 1980s Montreal to adolescence with a game of cat-and-mouse focused around the visceral fear of burgeoning sexuality. Continuing this idea, Robert Eggers’s The Witch takes it back to one of the most obvious places – 1700s America, where the Salem Witch Trials are looming on the horizon. Like Eggers’s film, Stranger Things focuses on the family unit, framing puberty as an event that fractures it beyond repair.

The Upside Down looks distinctly like these desolate places of fear, whether they be a shadowy street in Montreal or Detroit, or the backwoods of New England – where innocence and safety vanish in an instant. At a time where one is vulnerable, yet no longer able to be protected by their parents, a child disappears, inhabited by something alien that takes them to a lonely place. Simply put, the mysterious force of puberty robs a child of their innocence and alienates them from their surroundings, becoming the cause of horrifying and harmful events such as disease and death. With a glance at any given news outlet, barely a day goes by without a fear-mongering headline about our modern, technology-fueled, oversexualised society robbing children of their innocence. We live in a time where vulnerability can be exploited in new ways, unable to be controlled by adults. It’s easy to see why film and television currently seems so specifically concerned about puberty.

Its allegories may be literal at times, but the show is able to also embody the alienation of puberty.

News media frames puberty as a terror that starts in the home with the internet offering up a portal into the darkest corners of the world. It’s this origin in the home that makes these family-oriented narratives so popular. While mostly less literal than Stranger Things’ use of a monster that sucks a child out of their living room into a parallel universe, the danger suggested by the media is still somewhat similar; it comes from within, lurking under the floorboards and in the walls, liable to strike and disrupt serene life at any moment. The Witch doubles down on menstruation allegories, interlinking puberty and sexual experimentation with mania and destruction. The family’s cow, both a source of food and income, secretes blood instead of milk; and mysterious women lurking in the woods next to their home seduce young boys.

These narratives have the potential to comment on perceptions of puberty, but, to their detriment, they don’t, tending to view teenagers as strange, undecipherable beings with sinister secret lives. The alienation; the lack of understanding from parents; the sudden absence of the security of childhood without explanation. However, instead of providing this exploratory commentary, they often succumb to merely fearing puberty, much like the overzealous and fearful media coverage. They’re centered around fear of what unpredictable thing the body will do next, instead of stepping inside the character to explore their feelings of disembodiment. They further alienate teenagers instead of attempting to understand them.

But in this way, Stranger Things succeeds in ways its contemporaries don’t, creating one of the more understanding depictions of puberty today. Its allegories may be literal at times, but the show is able to also embody the alienation of puberty, rather than view its characters as mysterious and alien. They are not feared, but instead understood and empathised with. The monster not only represents puberty, but also the slightly sinister desires of parents wanting to cling onto their children’s younger years – their unwillingness to let them grow up. Entering the Upside Down is not merely an alienating experience, but, for those who never leave, it means never growing up. It simultaneously exposes children to the changes that bring them into the adult world while seeking to preserve their innocence. The Upside Down is suspended animation, where one eventually becomes frozen in the world – forever a child.

While little is known about Stranger Things’ recently announced second season, the ambiguous way in which the first season left off suggests that the next chapter of this story will explore the alienating power of puberty further. Hopefully, it will be as empathetic as the first season; the mysterious presence that now haunts Will, the one he’s unable to tell anyone about, pushing him further from his friends. It, and puberty, is a time of mystery and sadness, of instant loss and loneliness. Will Byers could go missing again. 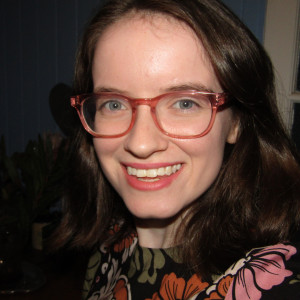 Ella Donald is a freelance journalist and film critic, and student from Brisbane. Her dream as a kid was to see Kiss Me Kate in 3D, which she sadly still hasn’t. You can find her at places like 4:3 and SBS Sexuality, as well as Monumental Pictures; writing about film, pop culture, dance, and much more. elladonaldwriter.wordpress.com.