Political systems across the Western world are threatened by a resurgent nationalist populism. In this final teaser for KYD issue 27, Tim Robertson explores what can we learn about this movement from the late Christopher Hitchens.

In his April 2016 Times Literary Supplement review of the late British writer Christopher Hitchens’ posthumous collection of essays, And Yet…, Geoffrey Wheatcroft posed a prescient question, one that has long troubled anyone who has ever admired the Hitch: ‘If he was so good, why was he so bad?; or at least, if he was so right, why was he so wrong?’

There have been many attempts to answer a variant of these questions in the years since Hitchens’ death in 2011, none of which have been particularly convincing. Wheatcroft’s effort is somewhat bizarre: he posits that Hitchens, who read Philosophy, Politics and Economics (PPE) at Balliol, lacked ‘the wider knowledge’ he would’ve obtained had he read History.

It’s true that Hitchens never did much of the grunt work required of historians: the endless hours locked in windowless rooms, mining thousands of primary-source documents and musty archives.

Hitchens also made some poor historical comparisons when bolstering his case for the 2003 war in Iraq (he regularly dismissed the comparison between Iraq and Vietnam that many on the Left were making – and continue to make – not because he was unfamiliar with the history but because it undermined his position). But what Wheatcroft doesn’t seem to grasp in his review is the sheer size of Hitchens’ ego.

Nonetheless, it’s a testament to the late writer’s influence that even now, when just how wrong he was becomes more apparent with each passing day, his work still commands an audience and critical reflection. The last decade of his life was devoted to supporting and defending the American-led wars in Afghanistan and Iraq: in so doing, he became the chief unofficial spokesman for the Labour government in the United Kingdom.

It’s difficult to imagine how, on these paramount preoccupations, he could have been more mistaken: Iraq is now essentially a failed state, with large parts of the country controlled by the so-called Islamic State. Meantime, in Britain, the Chilcot Inquiry recently released its findings that former Prime Minister Tony Blair misled the public and exaggerated the justifications for war; the Labour Party he once led is in disarray, with a split a very real possibility.

For Hitchens, this was important, since much of his career… had been in an effort to position himself as Orwell’s natural successor.

I recall an interview with Hitchens on C-SPAN during a time when his spat with old comrades was at its most virulent (he was, after all, not above resorting to cheap personal attacks when he found himself defending the indefensible).

In this interview he claimed that they – referring to intellectuals like Noam Chomsky, Tariq Ali, Alexander Cockburn, Edward Said and Gore Vidal – wished September 11 had never happened because they couldn’t reconcile it with what he characterised as their anti-American politics. Hitchens, on the other hand, said he welcomed the attacks: it had crystallised his thinking and made it clear who his real enemies were.

Within days of September 11, he’d labelled the attacks ‘fascism with an Islamic face’, and never really retreated from that position. He argued the case for the invasion of Iraq better than any politician. He claimed his position was consistent with his previous views: this was not a new war but rather an extension of the first Gulf War, in which US President George Bush should have continued the march on to Baghdad after liberating Kuwait.

Since he’d criticised Bush Senior back then, he argued it was now incumbent upon him to support his son. He also pointed out that he’d advocated for military intervention in Bosnia in an effort to prevent genocide and supported Margaret Thatcher’s Falklands War.

Armed with tales of the horror of life under Saddam Hussein’s regime, which were almost exclusively drawn from Kenan Makiya’s Republic of Fear, first published in 1989, Hitchens argued that his position was, above all else, an anti-totalitarian one. If this was no longer considered an important cornerstone of the Left, then he wanted no part of it. (He would regularly invoke George Orwell, who famously wrote ‘Every line of serious work that I have written since 1936 has been written, directly or indirectly, against totalitarianism and for democratic socialism, as I understand it.’)

For Hitchens, this was important, since much of his career – particularly since the publication of Why Orwell Matters in 2002 – had been in an effort to position himself as Orwell’s natural successor. Although he would feign modesty when the comparison was put to him, he encouraged it in much of what he wrote and said so often that one suspects it would have appalled Orwell.

Want to read the rest? Issue 27 is released Tuesday 4 October! Be the first to read it by becoming a KYD member from just $14.95. 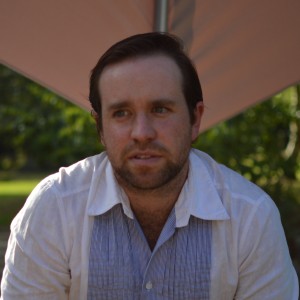 Tim Robertson is an independent journalist and writer. He has written for various national and international publications, including Overland, Crikey, New Matilda, Kill Your Darlings and The Diplomat, among others. You can follow him on twitter @timrobertson12.