In this first teaser from KYD issue 27, Sarah Coles explores what the complicity of the state government and its institutions in denying organic farming suitable protection means for canola growers in Western Australia.

This should never have even gone to court because between farmers, we should’ve just had a chat over the fence, had a couple of beers, you know, this would’ve been all sorted out.
– Michael Baxter outside the WA Supreme Court, 3 September 2015.

I didn’t make it to my 20-year school reunion because Steve and Sue Marsh told me to climb a ladder.

The ladder was propped against a tree at Eagle Rest, their 477-hectare organic farm in the Kojonup region of Western Australia. It was a late afternoon last November. I was 263 kilometres south of Perth, where at that moment, Carine Senior High School Class of ’95 were getting their hair done.

After the interview and my second helping of Sue’s mulberry pie, Steve asked me if I had somewhere to be. I didn’t mention the school reunion.

‘Take your camera up this ladder and look in that hole up there,’ he said.

As the Marshes held the ladder steady for me, I made a joke that if they were planning to murder me and make it look like a tragic accident they needn’t bother, because I didn’t write for the Murdoch press.

At the top of the ladder there was a hole in the side of the tree. It was full of baby green parrots.

In 2010, genetically modified (GM) canola blew from Michael Baxter’s neighbouring farm onto the Marshes’s farm. Marsh vs Baxter ensued. The majority of the media frame it as ‘a landmark case involving two schoolyard mates’ – a series of misunderstandings that could have been avoided with a beer over a paddock fence. Everyone else has made it into a debate about the use of gene technology in agriculture.

Both angles miss the point. It isn’t about a friendship gone awry, or the pros and cons of RoundUp®. Marsh vs Baxter is a story about collusion between the state government and Monsanto, a co-opted Fourth Estate, the death of democracy and the birth of green parrots.

Marsh vs Baxter is a story about collusion between the state government and Monsanto, a co-opted Fourth Estate, the death of democracy and the birth of green parrots.

Over a decade ago, the then WA State Labor Government introduced the Genetically Modified Crops Free Areas Act 2003, but in 2008 the Liberal–National party came to office. In 2010, the WA Minister for Agriculture and Food, Terry Redman, issued an exemption order to allow the commercial planting of GM canola in Western Australia.

Marsh warned Baxter as early as November 2008 that Eagle Rest’s organic certification meant that genetically modified organisms (GMOs) were not allowed on his farm. In 2008 Marsh spoke with Baxter about 12 ‘volunteer’ canola plants he had found growing at Eagle Rest.

Volunteers are plants grown from fallen seed during harvest. There were no canola crops at Eagle Rest and it was accepted that the canola had come from Baxter’s farm.

In January 2010, the state ban on the cultivation of GM canola under the Gene Technology Act 2000 was lifted. Baxter planted it on his farm, Sevenoaks, along the boundary that borders Marsh’s property. Smokers at dinner parties, out of consideration for any non-smokers, usually step outside to light up. So why didn’t Baxter exercise similar consideration by planting the GM canola on the far side of his farm, away from the Marsh boundary?

Want to read the rest? Issue 27 is released Tuesday 4 October! Be the first to read it by becoming a KYD member from just $14.95. 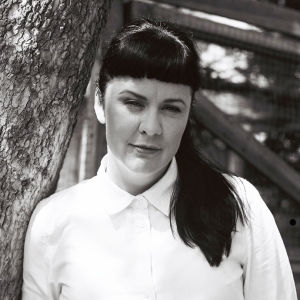