Janine: I’ve been working two weeks without a break and you promised me you’d hire more help.
Venkman: Janine, someone with your qualifications would have no trouble finding a top-flight job in either the food service or housekeeping industries…
Janine: I’ve quit better jobs than this.

With all the hype surrounding Paul Feig’s women-fronted Ghostbusters reboot, you’d think by the volume of misogybile from the Internet’s self-appointed guardians of male nostalgia that some great crime had been committed in the hallowed realm of contemporary light entertainment. Once the metaphorical shower-with-steel-wool has scoured the layers of ideological sludge from the bulk of these arguments, curious assumptions are revealed – the most immediate of which is that Ghostbusters fandom is somehow purely masculine territory. To me this is not so much offensive as simply bewildering: for better or for worse, Ghostbusters is such a part of my life that I don’t even know that ‘fan’ is a strong enough word. It’s that most precious of films: like some kind of cinematic tuna mornay, Ghostbusters is comfort food for my gin-wounded spirit. It may not be perfect, but it’s nursed me through more hangovers than I care to remember.

I was very young when it came out, and perhaps it’s because I was so firmly in the hold of girly pre-tweendom that my memories of it are strikingly feminine. Not only is the first person we see in the film a woman (a librarian, played by Alice Drummond), but the first ghost we see is a woman, too (another librarian, this time monstrous: ‘Shhhh!’). While I’m sure there were plenty of boys in the cinema where I saw it, it’s the teenage girls I remember most: the billowy off-the-shoulder Ghostbusters T-shirts, Madonna-style lace fingerless gloves, tube skirts, and an endless parade of fluorescent ankle socks, neon studded belts and nail polish. What I lacked in understanding of the film’s more adult concepts I made up for in the uncomplicated joy of being part of a pop culture phenomenon, one that never struck me then or now as particularly blokey.

Added to this was my favourite character: the first woman Ghostbuster, Janine Melnitz. Played by 80s pop film dynamo Annie Potts with a quirky, Cyndi Lauper-like allure, her character was by no means central, but for me, she remains one of the film’s most intriguing and genuinely funny elements. Yet with all the outrage surrounding Feig’s reimagining, Janine has somehow been lost in the shuffle. Perhaps this is precisely because she is so minor, not just in terms of screen time, but in regards to her function: she is just the secretary, a position typically gendered female and thus automatically reduced in importance (certainly this is the attitude of Bill Murray’s Venkman, at least). But from her perspective, Janine identifies very much as part of the team: when the call finally comes in for their first job, she rings the alarm and screams in her signature high-pitched Brooklyn accent: ‘we got one!’.

Potts was never going to win an Oscar for her performance. Janine is ultimately little more than a caricature of street-savvy oppressed femininity, a role she begrudgingly accepts with an unrelenting tone of sarcastic dissatisfaction – a comic antidote to the more palatable image of Sigourney Weaver’s Dana Barrett as the ‘modern’ working woman. Appearing between roles in Alien (1979) and Aliens (1986), Weaver is undeniably one of the great feminist film icons of the era, and as Dana – rich, talented, and independent – Weaver’s perm-and-shoulder-pad combo in Ghostbusters embody the ‘80s ideal of The Strong Woman.

Yet by forgetting Janine, we lose sight of her crucial role as part of the team, an essential player despite being reduced – in the words of Venkman himself – to someone somehow disposable because of her relegation to the domain of ‘women’s work’. While romantic orchestral strings swell almost every time Dana appears onscreen, particularly throughout the first part of the film, there’s less fanfare for the film’s other working women. Take, for instance, the black maid the Ghostbusters accidentally shoot down in flames when they test their proton packs in the Sedgewick Hotel – effectively invisible without Dana’s white money and air of assured, almost ethereal independence.

Dana’s Central Park West and Janine’s Brooklyn render them a world apart. Dana’s status as a career woman renders her strong, impressive, desirable – and the film takes her more seriously as a result. Her transition to supernatural ‘gatekeeper’ becomes a symbol of the privilege her wealth and class affords her. But for Janine, work is something you do to survive: in her case, ‘women’s work’ becomes something foolish, goofy, banal.

But watching the film again today, over thirty years since its initial release, what rises to the surface in both Ghostbusters and Ghostbusters II (1989) is Janine’s incredible sexual energy. For all her visible dissatisfaction with the mundanity of her life, she is a woman who likes to flirt, who likes to fuck. There are parallels to be drawn between her sexual assertiveness in pursuit of Spengler, and Venkman’s of Dana: Janine is one of the team perhaps in more ways than her job alone might indicate.

Janine is one of the team perhaps in more ways than her job alone might indicate.

Come Ghostbusters II, Janine has gone through a metamorphosis of sorts: a makeover montage has seemingly occurred off-screen as her mousey office attire is replaced by wild hair, wild clothes, wild makeup. Now accepted as part of the team, she’s lost her anger, granting even more space for her sexual energy to come to the fore (Rick Moranis’ turbo-nerd Louis Tully on the receiving end this time around). If the feminine was present in Ghostbusters, in Ghostbusters II it becomes central: the supernatural slime is now pink, the plot hinges around Dana’s plight as a single mother, and the first film’s climactic iconography of the Stay Puft Marshmallow Man is usurped by that great symbol of American femme-power, the Statue of Liberty herself.

It’s a corny image, sure, but as Lady Liberty disco-dances her way through the city to inspire New Yorkers and conquer the ancient personification of bullshit patriarchy, she embodies the spirit of resistance for all kinds of women, regardless of their demographic. Unifying them across class in the face of a common enemy, she’s an absurd, joyful reminder that sometimes crossing the streams is the only way forward. In the spirit of Ghostbusters II’s spectacular finale alone – let alone the importance of Janine in the first film – an all-girl Ghostbusters seems like a logical next step. The big question, though, pertains little to gender. What I want to know is: will it be as funny? Whether this new flavour of cinematic comfort food is as nourishing as the old remains to be seen. 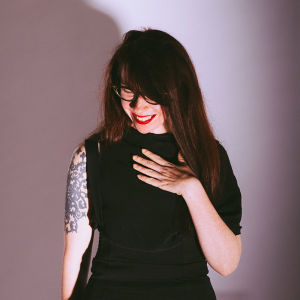