There are a couple of Twitter accounts that I appreciate having in my feed, for the positive effect they have on my mental health. @swayandocean is a bot which periodically tweets self-care reminders. Similarly, @hydratebot pops up regularly to remind me that I’m made of meat and need to drink water. But these are bots – when it comes to people, @sosadtoday is as real as it gets. I appreciate this account because it doesn’t act as a distraction from bad days; it delves as deeply into them as possible, turning awful impulses and thoughts into something a bit more objective, and often very funny.

The @sosadtoday account was started by California resident and poet Melissa Broder, during a particularly rough depressive period in her life. The anonymous account provided a home for the unspeakable things that go through Broder’s head when she’s depressed or anxious, without worrying, alienating or boring any of her ‘regular’ followers on her personal account.

don't obsess about it

yeah ok thanks you fixed me

The immense success of this unflinchingly honest, hilarious account has garnered Broder some 362,000 followers, a VICE column, and a new essay collection that’s just been released in Australia, also titled So Sad Today (Scribe). Including a number of essays from her column alongside new work, the essays in this collection expand on the sentiments expressed in Broder’s tweets, almost as if she’s used a number of them as essay titles. However, where @sosadtoday pushes the pain outwards through its short, punchy ideas, Broder’s essays sit with these ideas and interrogate them deeply.

In the book’s opening essay, ‘How to Never be Enough’, Broder sets up the book’s premise: from birth she has felt lacking, and has spent every moment since trying to plug these existential holes. The essays that follow consider the many ways Broder’s tried to compensate: with drugs and alcohol, lovers, the internet, food, and spirituality.

am i tired or dying: the musical

The essays span a range of topics along the emotional spectrum – some are hilarious (getting Botox and immediately panicking that she’s going to die), others confessional and moving (detailing an eating disorder and her discomfort with how it sits against her feminism). Most sit somewhere in between. In ‘I Told You Not to Get the Knish’, Broder gives her husband his very giggle-worthy requested alias, ‘Ron Jeremy’, before exploring in some depth how the two of them have negotiated their open relationship alongside his chronic illness. It’s funny because she’s a funny woman, but she also looks at mortality and her own foibles directly, without shying away from any of them. It’s this light and shade, butting up against one another constantly, that makes this collection nuanced and quick-paced. For all the observations that make you laugh, there are complex and frankly terrifying questions lurking underneath – ‘Why can’t I be kind to myself?’, ‘How will I ever be enough?’, ‘Will I be okay, and how?’, and ‘What does it mean to live with death in very close proximity?’.

‘There are so many people and we’re all awful in our own special ways; yet somehow, I’m the most profoundly, existentially awful,’ Broder writes in ‘Honk if There’s a Committee in your Head Trying to Kill You’, her essay about panic attacks and spiritual longing. This sentiment captures two elements central to this collection. Firstly, it’s funny, because it places some distance between Broder and her beliefs about herself – beliefs that perhaps we all hold about ourselves, as evidenced by the success of @sosadtoday.

to the people who say i'm monetizing my depression–

god i hope you're right

Secondly, these essays are solipsistic, and unapologetically so. At multiple points Broder makes mention of the extensive time she’s spent in therapy, and the depth of her resulting self-awareness comes through in the collection. The work benefits from the clarity with which Broder sees herself and her immediate world, and this is part of what makes it so funny. In a world full of personal essays aiming for ‘universality’, Broder’s work seems at ease with its own specificity. In an odd paradox, the honesty of personal revelations contained in this collection are what make it relatable and deeply interesting. It’s for this reason, however, that the final essay of the collection feels forced. In it, Broder returns to the @sosadtoday Twitter account and tries to tie up neatly why it’s worked for her, and for so many of her followers. In the other pieces in the book, she doesn’t try to justify her solipsism – she simply is what she is.

But this final essay tries to provide a narrative tidiness that doesn’t ring true to the tone of the collection as a whole. While so much of the writing in So Sad Today is about how messy, ugly and often painful living can be, this final essay feels jarring, like a reversal. So Sad Today presents unique new possibilities for our relationships with our mental health in an age where severing painful thoughts and sending them out into the void of the internet can serve a number of functions: defusion, therapy, confession, meaning-making. These essays, and the @sosadtoday Twitter account work so well because they defuse awful thoughts by flattening them to black and white marks on a screen or page, drawing out the power of thoughts and observations that might otherwise take your breath away with despair. In doing so, they acknowledge that we’re all at the centre of our own tiny universes, just doing our best to get by.

So Sad Today is available now through Readings. 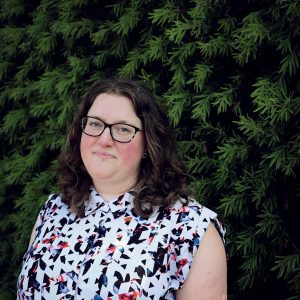 Sam van Zweden is a Melbourne-based writer interested in memory, food, mental health and the body. She was the 2019 winner of the KYD Unpublished Manuscript Award. Her book, Eating with my Mouth Open, will be released in February 2021. @samvanzweden / samvanzweden.com 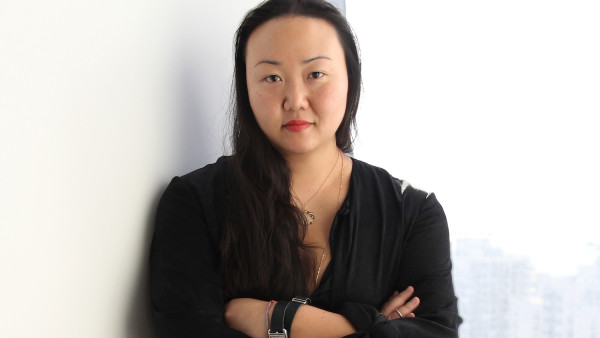