Trauma narrative in The Catcher in the Rye 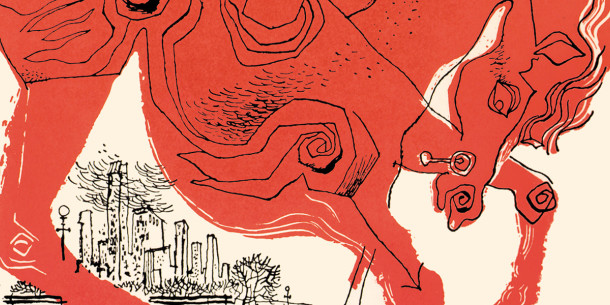 I dig my fox-holes down to a cowardly depth. Am scared stiff constantly and can’t remember ever having been a civilian.

J.D. Salinger wrote the above in a letter home while fighting in World War II. Remarkably, while he endured the terror of combat he also carried a typewriter and several chapters that would later become his first published book. But what Salinger penned, as we know, wasn’t the great American war novel or the memoir of a soldier on the frontline. Instead, he wrote about Holden Caulfield.

The Catcher in the Rye is widely celebrated for its depictions of adolescence, still a regular fixture in high school syllabuses. Today, mentioning you like The Catcher in the Rye usually elicits one of three responses. The first is an excited, ‘Oh! I loved that! We read it at school!’ The second is a disappointed, even apologetic, ‘Oh, I haven’t read that. They never gave it to us at school.’ The third is a judgmental silence (with an eye roll once you’ve left), constituting the reaction of someone who read the book, likely also at school, and hated it.

In this respect, Holden Caulfield will forever be polarising and resistance to the novel is not wholly without merit. It’s hard to enjoy a book you’re being forced to read, and even harder when it’s the first-person narrative of a teenager you can’t stand listening to. In addition, wouldn’t the novel’s place in the canon of young adult fiction be better occupied by a narrative of a female, person of colour, or minority lacking adequate representation in the genre? Undoubtedly.

Yet what most readers miss, and critical discussion neglects, is the importance of Salinger’s novel (and his oeuvre as a whole) in the literature of trauma, specifically in regard to the destructive nature of unresolved grief. The Catcher in the Rye is both the narrative of a young person who’s been severely damaged by the death of his brother, and a novel infused with its writer’s own experience of war. This week, on the 65th anniversary of The Catcher in the Rye’s first publication, it is important to reflect not only on the novel’s place in the genre of young adult fiction, but within the wider literature of trauma and unresolved grief, and its status as a direct product of World War II.

The Catcher in the Rye is…infused with its writer’s own experience of war.

The Catcher in the Rye took ten years to complete, and was written, quite literally at times, from the trenches. Salinger’s initiation into combat was D-Day. He fought in the grisly Battle of the Bulge and Battle of Hürtgen Forest, and even entered a concentration camp soon after the SS had locked prisoners in barracks that were then set alight. Unsurprisingly, the following month he checked himself into hospital for ‘battle fatigue’ (widely acknowledged today as post-traumatic stress disorder).

J.D. Salinger was a notoriously private man, giving his last interview in 1980 (thirty years before his death) and rarely speaking publicly about his experiences in the war. However, his daughter’s autobiography captures one telling remark he made when she was a little girl:

You never really get the smell of burning flesh out of your nose entirely. No matter how long you live.

If we consider popular American novels that explicitly depict the same war and are heavily influenced by their authors’ experience, we likely think of titles such as Catch-22 or Slaughterhouse-Five. Salinger, though, saw far more of the war than either Joseph Heller or Kurt Vonnegut Jr.

So why did he choose to write about teenagers? 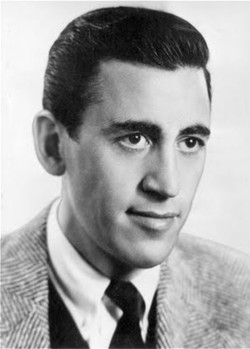 On the surface, Holden Caulfield’s struggle is easily dismissed as petty bouts of adolescence, or an overindulged white kid picking empty fights with authority figures. But requisite to understanding the novel as a trauma narrative is the fact that Holden’s erratic behaviour and deep unhappiness stems from his unresolved grief at the death of his younger brother Allie.

I was only thirteen, and they were going to have me psychoanalyzed [sic] and all, because I broke all the windows in the garage. I don’t blame them. I really don’t. It was a very stupid thing to do, I’ll admit, but I hardly didn’t even know I was doing it, and you didn’t know Allie.

Four years have passed since Allie’s death, yet Holden’s grief persists – he remembers his brother only in idealised terms, and occasionally speaks aloud to him as though he were still there. Not only is The Catcher in the Rye a narrative of past trauma, as details of Allie’s tragic passing from leukaemia are slowly revealed, but a narrative of the continued trauma Holden experiences from his unresolved grief that wreaks havoc on his physical and emotional state. In one instance, this grief is bestowed with overt war symbolism as he carries the saint-like memory of Allie through a traumatic episode:

I had this feeling that I’d never get to the other side of the street. I thought I’d just go down, down, down, and nobody’d ever see me again. Boy, did it scare me… Then I started doing something else. Every time I’d get to the end of a block I’d make believe I was talking to my brother Allie. I’d say to him, ‘Allie, don’t let me disappear. Allie, don’t let me disappear.’

Much has already been written about J.D. Salinger’s use of child characters to symbolise innocence and salvation (often explicitly from war-related nervous breakdown and shellshock). Most important is the way Holden repeatedly uses Allie as constant comparison to everything around him, and his emerging sense of disillusionment when he finds a severe lack of innocence and sincerity. Holden is deeply wounded by the realisation that the world continues to turn despite Allie’s death, struggling to articulate his immense sense of loss to those he suspects aren’t capable of understanding anyway.

I know it’s only his body and all that’s in the cemetery, and his soul’s in Heaven and all that crap, but I couldn’t stand it anyway. I just wish he wasn’t there. You didn’t know him. If you’d known him, you’d know what I mean.

Dead brothers and grieving siblings are everywhere in J.D. Salinger’s fiction, with obvious parallels to the idea of fallen ‘brothers in arms.’ Likewise, war combat and the shell-shocked soldier hold prominence elsewhere in his work, but in The Catcher in the Rye the war is much more implicit. In the post-WWII American setting of lost innocence, the civilian cannot comprehend the trauma of the soldier, and the soldier, barely able to remember ever having been a civilian, cannot begin to communicate their experience.

J.D. Salinger’s work advocates storytelling as a kind of catharsis – The Catcher in the Rye is unambiguously framed as Holden retelling the events of the novel to a psychiatrist. In understanding Holden Caulfield’s erratic behaviour as manifestations of his unresolved grief, it is no longer possible to dismiss his struggle as merely the melodrama of adolescence. Salinger’s greatest legacy remains his impact on the genre of young adult fiction, but 65 years on, his contribution to the literature of trauma and grieving cannot be overlooked. 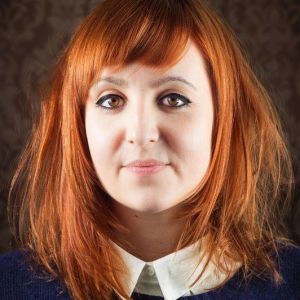 Emma Michelle is a Canberra-born Melbourne writer. Her story 'Like Siamese' was longlisted for the 2016 Birdcatcher Books Short Story Award, and in 2017 she published a collection of short stories and personal essays titled Watching Cartoons with Boys. As a writer she is interested in themes of adolescence, grief and loss. As a researcher she is interested in the work of J.D. Salinger and his contribution to trauma narratives. 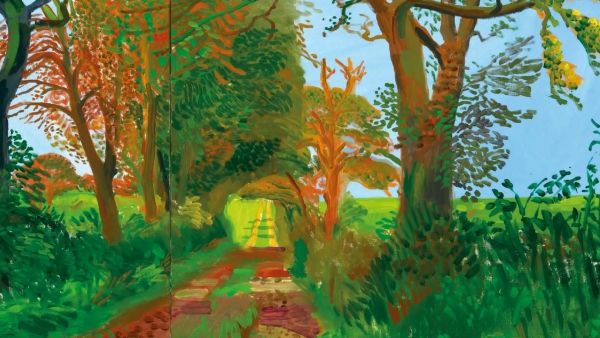 The Next Chapter recipients in KYD