In our second teaser from KYD issue 26, Madeleine Hamilton explores the ways many Australian teenage girls suffering psychological distress turn to creative pursuits to alleviate and manage their mood disorders.

As a teenager, Australian singer-songwriter Angie Hart sat her mum down and told her that she needed to take some hallucinogens. She was going to ‘try and rewire’ parts of her brain because ‘nothing was working’ and she felt like she wanted to die.

Angie’s announcement to her mother was the result of years of instability and anxiety. Over a soba noodle salad in a Melbourne café, she tells me that she grew up in an atypical ‘large-format family with no actual nucleus’. Her parents were urban missionaries working in a commune environment, and Angie’s father suffered from depression and had ‘intense outbursts of anger’ of which she was the unwitting target.

Angie’s parents divorced when she was in her early teens just as her sister went overseas, leaving her feeling that her family had suddenly ‘dissolved’. At the Fitzroy public schools she attended, Angie felt unaccepted and different. Her diaries from that time detailed her teenage insecurity. ‘Every other day I’d write that I was fat. I’d change my mind day-to-day about what guy I really needed to have approve of me.’

Angie was also drawn into a sexually exploitative (indeed, illegal) relationship with a male adult, and she lost interest in her studies. When she was 13 or 14 she was diagnosed with depression by a GP, but rather than assisting her, the diagnosis only exacerbated her feelings of helplessness.

‘It seems huge, it seems very outside of yourself, it seems dire. I couldn’t relate to it – I’ve got this thing.’

Angie started smoking pot and drinking as a way to connect with other kids. She soon found that marijuana made her feel paranoid and socially uneasy, but the effects of alcohol seemed easier to control.

According to the Young Minds Matter Survey, published in August 2015, 7.7 per cent of Australian adolescents aged 11 to 17 years meet the diagnostic criteria for major depressive disorder. They drink more alcohol, use more drugs, have sex earlier, and are more likely to be both the victims and perpetrators of bullying than their non-depressed peers.

Class inequalities have a strong impact on rates of adolescent mental disorders. Teens growing up in low-income families are at greater risk, and gender is also significant: compared to boys, girls experience nearly double the amount of psychological distress, are twice as likely to consider suicide, and are more likely to self-harm. Other research shows that teenage girls suffering depression commonly experience mother-daughter conflict, negative body image and early puberty. Additionally, one in six girls experience sexual abuse before the age of 16 (compared to one in 20 boys), and such abuse is strongly associated with suicidal tendencies.

To put it plainly, if you are a poor, abused female adolescent in Australia, your risk of mental illness is significantly higher than others’. 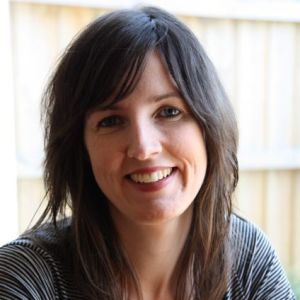 Madeleine Hamilton is a writer, historian and social work postgraduate student. She is the author of Our Girls: Aussie Pin-ups of the Forties and Fifties and co-author of Sh*t on My Hands: A Down and Dirty Companion to Early Parenthood. Most recently, her work on the history of Australian girls in youth detention centres has appeared in Overland and Eureka Street.