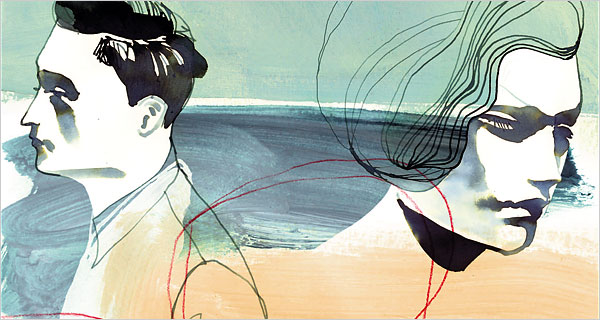 ‘I believe the novella is the perfect form of prose fiction,’ wrote Ian McEwan in his 2012 New Yorker article, ‘Some Notes on the Novella’.  It was a response to the lingering controversy caused by On Chesil Beach making the 2007 Man Booker Prize shortlist. Vehement argument had been rife that it should not have even been eligible. McEwan’s book was under 40,000 words; only 166 pages long.

The term ‘novella’ is often used as a vague designation for stories that fall into the dead zone between 6,000 words and 60,000 words, which is to say, between the well established short story and the commercial paragon of the novel.

The novella has been described as a genre of masterpieces, due largely to works such as Metamorphosis, The Death of Ivan Ilyich, Breakfast at Tiffany’s, The Old Man and the Sea, Ethan Frome, The Royal Game, Noon Wine, The Ballad of the Sad Café, Of Mice and Men, The Dead, Heart of Darkness, and the list goes on. Yet despite a dazzling parade of titles, the novella is a delegitimised literary form.

The novella has evolved alongside the novel from the inception of both, so how can we understand the ongoing disregard for the novella’s existence by most publishers and readers?

Perhaps it is a question of perspective. If, when we look at a book we see a dog, then a big book of prose is a big dog. A little one is a lap dog. The many breeds in-between are ferals in the world of literature, and few welcome them into their backyards. And yet the novella is not, as it is commonly described, simply a long short story/short novel – nothing more than a mongrel mutt.

‘I think the real pleasure of the novella lies in the way it sits between these two polarities,’ says James Bradley, author of the novella Beauty’s Sister, when asked about the form. ‘It’s also about structure: novels have complex structures and large scale rhythms, or wave structures. Stories have rhythms in the language but tend to be a single wave.’

Anna Funder, most recently the author of a novella called Girl with the Dogs, told me that a novella ‘tries to represent a sweep through life, beginnings, middles and ends.’ This led me to consider that perhaps a better way to understand the novella is to think of these three modes of expression as different methods of travel.

A narrative will attempt to move the reader from one state to another. There’s a question of acceleration with word length: a short story must take off very quickly and land with great precision, while a novel can take its time lifting off and setting down anywhere that looks interesting along the way to a leisurely destination. It’s the difference between travelling by plane or hot air balloon. Just as the novella is not a long short story or a short novel, a novella is not a jet fighter dragging a particoloured balloon twice its size. A novella is overland travel by foot, and the length of the journey will depend on the nature of the landscape and the unique qualities of the traveller.

‘I don’t think readers have any bias against novellas,’ says Jane Rawson, winner of Seizure’s 2015 Viva la Novella award for her book Formaldehyde. ‘If they’re published by decent-sized publishers who market them the same way as they market all their other fiction books, I can’t imagine anyone would say, “oh no I won’t read that, I don’t read anything other than novels.” But they don’t get published by the bigger publishers and when they do it’s in cutesy little packages, like the Penguin specials, that mark them off as being something less important or worthwhile than a novel.’

At the Perth Writers Festival this year, I spoke to a publisher who she said loved novellas and that she liked to publish them – but the key to selling novellas was not to call them novellas. Generous margins and spacing, along with a robust font, can create a comfortable read for the tired eyes of avid readers. Turn out a nicely made object and call it a book of fiction.

Interesting to note, then, that The Great Gatsby is only twenty pages longer than On Chesil Beach and is regularly listed by the most august authorities around the globe as the greatest novel ever written. F. Scott Fitzgerald’s masterpiece is just over 48,000 words long and could comfortably be published in less than a hundred pages by most publishers.

Pulitzer Prize-winning author Katherine Anne Porter also refused to use the word novella. Noon Wine and Pale Horse, Pale Rider were ‘short novels’, she insisted. Fifty pages each, yet read now by very few. They are both pure examples of undiluted literary genius, whatever their designation. For Porter, the word novella was ‘a slack, boneless, affected word that we do not need to describe anything.’

The word sounds foreign to some ears, ‘a European form suited more to the European mind,’ wrote Richard Ford in, ‘Why Not a Novella?’ That essay served as an introduction to the superb collection of novellas edited by Ford and pointedly published under the title The Granta Book of the American Long Story.

Michelle de Kretser, most recently the author of the novella, Springtime, disagrees that the form is delegitimised. As far as she can see, ‘The novella is entrenched in the Anglophone canon as well as in Western European ones.’

Following the publication of On Chesil Beach, articles were written suggesting the book would not have been published if it wasn’t by the hugely successful Ian McEwan – already a Booker winner. Michelle de Kretser and Anna Funder both published novellas immediately following their Miles Franklin Literary Award wins. Their novellas were worthy of publication beforehand, no doubt, yet winning the most prestigious award in the country meant publishers and readers were briefly willing to countenance the novella as a form.

Winning the most prestigious award in the country meant publishers and readers were briefly willing to countenance the novella as a form.

The truth is novellas are published regularly enough but they will be formatted to fill the pages of a novel-sized book, and when that can’t be done, a novella will be bundled up with short stories to form a collection. Publishers will demand additional words to pad out shorter manuscripts; more commonly, all too aware of the dead zone below the 60,000-word threshold, writers will take it upon themselves to force-feed their novella unnecessary storylines, superfluous scenes and themes, redundant characters, excessive detail and dialogue – eventually producing books which find it even harder to reach publication.

Our connection with the book is also a relationship with history. The specific dimensions have changed remarkably little for hundreds of years. It’s a shape at the foundation of our cultural memory. The book is an object with a biblical shadow – even when that shadow is powered by electricity. So we are likely to always prefer the archetypal book-shape of the literary artifact as the primary expression of literature, even if as the first online generation, we have come to understand that physical dimensions do not define our literary experience.

Cate Kennedy edited Love and Desire, a collection of novellas. She says, ‘I did a bit of research on the novella so I could write some kind of introduction, which I really struggled with. Most people seemed content to define what a novella was by word length alone, a definition which seemed as arbitrary as defining a short story as, say “a piece of fiction under 5,000 words”. And while I felt in my bones it was about a lot more than word length, I still had a hard time putting my finger on what it was, exactly, that made a novella work. In fact, I think that might have been the first sentence in my introduction – ‘…what, exactly, IS a novella?’

The most remarkable aspect of novellas is the apparent impossibility of defining the novella. It eludes writers, readers and critics, and all we are left with, again, is a vague designation of space between short stories and novels. Critical thinking on how literature works is multitudinous but what it is on an ontological level is more difficult to say with certainty. Any time an aspect of literature is held up as definitive, another literary example can be found to disprove that definition. The challenge of finding a strict definition for the novella is the same challenge of defining the principles of fiction.

When the novella succeeds, it does so with a unique artistic perfection.

That we have the short story and the novel, with an indefinable middle, is not due to any qualities lacking in the novella. It’s because the essential descriptors are all related to a binary system of thought. A short story is defined by the results of restriction and a novel by the ramifications of elaboration. Where a short story finds power in allusion and inference, evoking entire existences in brief glimpses, the novel will explore the lives of characters in detail and reside in a world, scenes unfolding one after the other, allowing the reader a feeling of inhabiting an experience of life. Most short stories and novels do not fulfill these potentials and yet they achieve categorical meaning from the contrast.

The novella is not ‘the perfect form of prose fiction’ as McEwan declared, but the reason his statement resonates for some readers and writers is the sense that when the novella succeeds, it does so with a unique artistic perfection. All the features of literary restriction and elaboration are found in an ideal balance, with perfectly crafted sentences, and precision in every word – no moment is wasted yet the narrative is allowed to unravel; unrestricted and unhurried. A great novella allows the reader to dwell and delve in an undivided panorama, an entire vision made to fit the mind in the space of one pristine memory. 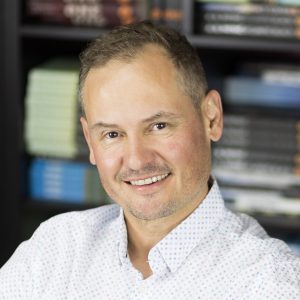 A.S. Patrić won the 2016 Miles Franklin Award for his debut novel, Black Rock White City (Transit Lounge, 2015). His second novel, Atlantic Black, was released to wide acclaim in 2017. Alec has published widely in literary journals since 2009, has won the Ned Kelly Award and Booranga Prize for his short fiction, and twice been included in Best Australian Stories. He has published three collections of stories, with Las Vegas for Vegans (Transit Lounge, 2012) shortlisted for the Steele Rudd in the 2013 Queensland Literary Awards.