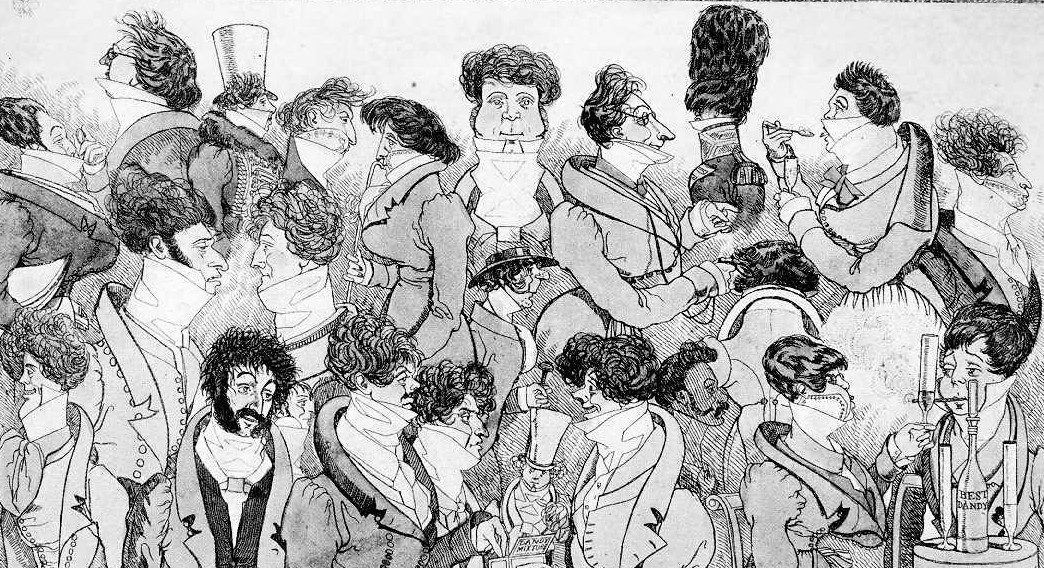 I was recently sitting around with a group of female friends when, as it so often does in these settings, the subject of men’s bad behaviour came up. On this night, everyone was sharing stories about men who have touched their bodies without consent, usually while the women were out on the town (do kids still say out on the town?). This is not surprising in itself – women sharing horror stories with each other about their difficult experiences with men is exceedingly common. What isn’t quite as familiar is that on this night, it wasn’t stories about heterosexual men and their behaviour we were discussing – it was stories about gay men.

In each of these stories, various women shared an analogous moment – upon (righteously) expressing shock or anger at the violation of their space, the man or men in question would generally play it off as a joke, or something that should not be upsetting – ‘it’s okay because I’m gay.’ These men felt they had the right to debate her feelings and reaction in the situation because they are not sexually attracted to her – and therefore groping a woman’s body is somehow excusable. Evidently, gay men can miss the point about women’s autonomy just as spectacularly as heterosexual men.

It seems that this scenario occurs relatively often, but in the broader conversation about male violence against women, it is not widely discussed. It hasn’t happened to me personally, but that may be because it’s hard to get groped by strangers on a dance floor if you are in bed watching reality shows on your laptop. It’s true that it is generally not gay men who are seriously injuring or assaulting or killing women. But that doesn’t mean these types of actions are acceptable and should be ignored.

Sexism from gay men towards women often manifests in different ways to sexism from straight men. Gay men don’t need or want women for sex, so the misogynists among them don’t even have to bother presenting a façade of liking women. There are many gay men who have social circles that consist solely of other gay men. There are gay men who say vulgar and upsetting things about the body parts of women. We get it guys, you don’t want to touch a vulva – it doesn’t mean you need to compare it to fish at every opportunity. There are gay men who fetishise women of colour, ignoring them on a personal level but appropriating language and cultural touchstones and, in turn, perpetuating stereotypes. There are the gay men who would despise being thought of as someone’s ‘sassy gay best friend’, but who will claim that they have an ‘inner black woman’ living inside them. Being part of a group that is itself stereotyped and fetishised, and sometimes treated as a toy to play with, it is confusing to comprehend so many men participating in these activities.

Evidently, gay men can miss the point about women’s autonomy just as spectacularly as heterosexual men.

As is seemingly true for most articles written about heterosexual men, the obvious needs to be stated for certain people – Not All White Cis Gay Men (who are usually the people in question) are like this. Some of the privileges I’m talking about don’t apply to gay men who are marginalised in other ways – through race, having a disability, being a sex worker, or operating in a system that discriminates against men with HIV. And not all WCGM (white cis gay men) go as far as groping women on dance floors. But still, among some, there does seem to be a lack of awareness of privilege.

I attended a conference last year that was full of diverse, progressive and smart young people. You’d typically expect white heterosexual men to be domineering in this kind of situation, based on, oh I don’t know – every situation in all of history. However, I noticed that those (white heterosexual) men I encountered, broadly speaking, seemed aware and sensitive to the fact that they should do more listening than talking. The people who didn’t get that same message? Some of the white cis gay men in attendance, who tended to automatically fill the space left by their heterosexual counterparts, going so far as to speak over women (including one guy pushing in front of a woman of colour to speak first, during a discussion about race).

And I get it. I am a white cis lesbian. I know that queer people like us are discriminated against. I know that we don’t have marriage equality. I know that we are at higher risk of suicide, particularly young gay men. I know that I sometimes don’t feel safe walking along the street as an openly lesbian woman, and that the threat of physical violence is even worse for gay men. I know that homophobia is painful, and that these men probably had to work to get to a place where they feel able to speak. But having those experiences doesn’t entitle you to speak over other marginalised voices. It doesn’t give you the right to treat women badly, or to dismiss lesbians or trans women or women of colour.

This amplification of WCGM voices to the detriment of others occurs everywhere, not just at conferences. Have a look at the people who often create or work at queer media (like websites or magazines). If you look at who is in charge, and who most of the editors and writers are, you will see it is still a field dominated by WCGM. If you look at who often runs marriage equality groups, and whose voices are most prominent in the debate, it is still often WCGM. And in these cases, they are not just speaking for themselves in a gay-male focused organisation – they’ve made themselves representatives for the entire LGBTQI community. They frequently do a good job, and they often try to include other members of the alphabet – but it is yet another system where certain types of people are placed in the power positions. And it is no coincidence that they’re often white men.

In a country like Australia, white gay men are oppressed in certain ways by homophobia, but they also operate in a system that privileges men, including gay men, over women. It’s a system that is hard for them to operate outside of, or to fight against, because it benefits them in multiple ways. But, some of my best friends are white cis gay men. This is precisely why I find it so perplexing when gay men act in sexist or misogynistic ways, and it’s why I know they can do better. Certain groups of gay men have been attacked and bullied because they don’t fulfil what the patriarchy says ‘masculinity’ should be. There is still a culture within the gay community of deriding ‘feminine’ characteristics, and an exulting of the ‘masculine’.

Perhaps being brought up in a society that hates women so much it attacks men for displaying feminine characteristics is part of why some gay men remain oblivious to their privilege, and why they remain separated from women, both politically and socially. But this denigration of us all is the exact reason otherwise-privileged gay men should join forces with lesbians, and with other women, to work with us, rather than against us, in defeating the patriarchy.