The morning-after review possesses an inherent tension: between the role of a review as a consumer guide, and its role as cultural criticism. To me, both aspects are inherent and necessary, and it’s a constant high-wire act to get the balance right.

Not every writer feels this same tension, and during this year’s Adelaide Fringe Festival (12 February–14 March) I noticed an acute sway towards the consumer-guide model. The majority of publications, proliferating in ever increasing numbers, run on a mercenary financial model: they’re largely content driven, recruit new writers every year, offer tickets in lieu of pay, and provide little editorial support.

Under this model, is it any wonder that performance reviewing has been reduced to judgement calls? Hundreds of shows are competing for ticket sales, and these reviews are, ostensibly, there to guide the audience. However, in a festival that contains everything from first-run independent work to established commercial productions, from boldly experimental works to traditional script based plays, there is a need for nuance.

There are Adelaide publications that work with astute writers during festival season; writers who strive to offer cultural criticism, to open up new artists and new experiences to audiences, and to provide their readers with a key to access the work and to stray outside their comfort zones. Too often, though, this intent is absent and instead we are left with bland accolades. In a sea of five-star reviews, it is not cursory writing that convinces audiences, but the production’s marketing budget.

The most prolific publisher of reviews during Adelaide Fringe is the Advertiser, the city’s only newspaper, which draws its Fringe reviewers from within staff ranks. Among these staff are dedicated arts writers, and others with an acute understanding of the performance they are writing about. But there are many more writers who lack this knowledge, and produce more reviews than there ever should be where the critic tells us they ‘don’t like audience participation.’

A review is, and can only ever be, one person’s opinion and – provided it does not stray into factual error – is therefore valid.

Of course, on a baseline level this is true. But shouldn’t we hold our daily newspaper – and, indeed, all publications publishing reviews this festival season – to a higher standard than ‘one person’s opinion’?

Criticism that’s incurious about artistic form and the intellectual history of theatre lacks the tools to discriminate between the virtues and defects of a work, and sometimes even to recognise what it is and what it’s attempting to achieve. It can only fall back into the armchairs of opinion or taste, which are essentially unarguable.

In Adelaide, this justification of reviews as a matter of personal taste is, in many publications, bound up in star ratings. For both artists and audiences, the final judgment often boils down a score out of five. When Lyn Gardner worried about inflation of star ratings in Edinburgh’s festivals in 2011, the average star rating awarded was 3.4. The average star rating in Adelaide this festival season was 3.8.

In this environment, the race for stars becomes little more than a game. Received a positive review that is barely long enough for a pull-quote? Never mind, slap those five stars on a poster and call it a day.

[W]hat we need is restraint, consideration, contexualisation and enough space to write meaningfully and thoughtfully about a show.

Almost no one is offered this opportunity during Adelaide Fringe, and the same issue will arise when the Melbourne International Comedy Festival begins later this month. MICF raises unique questions about reviews: in a two-newspaper city, why does only one paper – that year’s media sponsor – endeavour to cover its biggest arts festival in-depth?

These issues, of course, don’t exist only during festival season. Australia has never been able to sustain full-time theatre critics; newspaper reviewers have always been drawn from a mixture of freelancers and staff arts writers. Much of this is due to scale: we are a large country with a small population, and a disparate theatre industry without a continuously operating commercial sector like the West End or Broadway.

This freelance-driven model, however, means that for decades we have failed to support our best critics. Many leave daily papers and migrate to alternative spaces or academia; many more have stopped their output all together.

In her collection of reviews and essays Not Wrong, Just Different, Katharine Brisbane – the Australian’s national theatre critic from 1967–1974 – reflects on briefly returning to the paper in the late 1970s:

[T]he conditions were disappointing. […] the reviewer no longer had the mandate to report news, range over subject matter or, indeed, influence newspaper coverage in any way. The task no longer had any joy. [Instead] I wrote for journals like Theatre Australia and the National Times, where I regained that freedom. The style differed: they were occasional pieces, and of greater length, which offered the opportunity to be more descriptive, ruminative and to provide a national perspective.

This move towards journals has continued. Croggon, our most respected theatre critic, left the Australian and then her influential blog Theatre Notes, moving to the ABC in 2013, and this year on again to the Australian Book Review. Recently, Jana Perkovic has largely moved her focus to her column for the Lifted Brow, ‘The Critic’; and I have joyously found myself here with Kill Your Darlings.

These publications give us, as Brisbane defined, space to ruminate: opportunities to dive deep into one work, to pull out themes across pieces, to relate art more acutely to our own lives or, as I am doing here, look not just at performance but more broadly at the industry that surrounds it. For all these benefits, however, the combination of infrequent publishing schedules, overworked editors, and under-funded budgets mean that we can never write about as much work as we would like to. We lose the urgency and agency that comes with publishing reviews in-season, and something fundamental is lost when criticism is no longer a constant act flowing throughout the year, but is instead broken up into discreet chunks.

Adelaide Fringe is a beast of a festival: one that doesn’t lend itself to easy navigation by a freelance critic. The work that is worth writing about may not make itself known until you see it; taking the time to discover that work, without knowing where or whether you might be able to publish a review of it, is stressful and exhausting. And with the sheer amount of content that is generated, it makes little sense for national publications to expend their freelance budget in this oversaturated market.

Writing recently in the New Yorker, Nathan Heller asked what it means to be a critic in this age of online opinion:

We’ve reached peak criticism; a peacock spread of hermeneutic attention has become our basic greeting for creative work. What are the professionals doing for us today?

Rather than asking what the professionals are doing for us today, I think we need to consider what we lose when the professionals have disappeared. To be truly valuable, criticism is a craft that requires the writer to have access to time, space, risk, engaged readers, conversation with other critics, the production of vast quantities of mediocre content, and strong editors to tear you apart and to put you together again.

I’ve had all these things: mediocrity, critical conversations, readers, amazing editors. I said goodbye to my blog and to writing ‘for tickets’ when I realised how much I was missing out on by going at it alone.

The same internet that enables the publication of hundreds of half-baked fringe reviews, is the reason I was able to dive into reviewing in the first place. Yet when we look towards publications with online budgets, where everything can be measured and everything must be justified, is it any wonder publications with staff writers covering politics, or a freelance budget for arts features, choose to forgo paying for criticism when they can get it for free? Is it any wonder there are so few paths to work at the craft and forge a career as a professional performance critic? Is it any wonder our critical culture is so sub-par?

In a media landscape that is struggling to endure, what is the place of any arts coverage, let alone in-depth, knowledgeable coverage of the small and independent shows that are the heart of a festival like Adelaide Fringe? And what about all of the other work around Australia that shows off our theatrical mainstages?

I am lucky to have regular spaces here and at other publications, and I enjoy both the space and time offered at Kill Your Darlings, and the rush of pressure in more traditional publications. I try to fill myself with hope for an ongoing career in both. But right now, as we emerge from another Adelaide festival season, where more and more reviews were filed with nary a pay cheque or editor in sight, I worry that the state of criticism in Adelaide may be Australia’s canary in the coalmine. As the tents are rolled up for the next festival season, as the final press releases are issued, as the artists leave town, I find myself looking towards the rest of 2016 without much hope for the future of criticism in Australia at all. 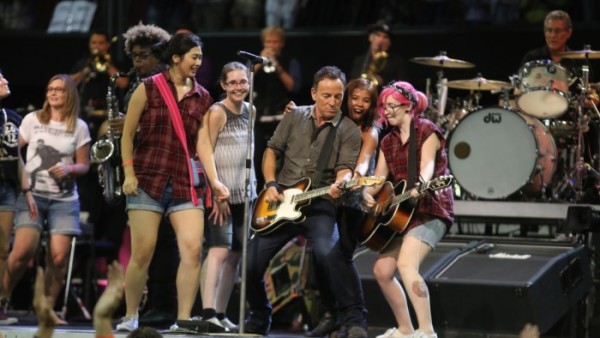 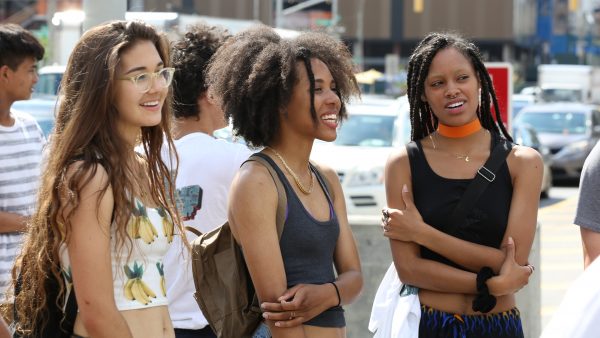