Alison Whittaker is a young Gomeroi woman from Gunnedah and Tamworth, north-western New South Wales. Whittaker’s debut poetry collection, Lemons in the Chicken Wire, was awarded the State Library of Queensland’s black&write! Indigenous Writing Fellowship in 2015, and was released this month by Magabala Press.

While studying a combined Bachelor or Arts and Laws at UTS, Whittaker’s passion and energy have propelled her involvement across several fields: as well as volunteer legal work, she has been heavily involved in student politics and campaigning against gendered violence, with a particular focus on Indigenous women’s experiences. In 2015, she was named the National Indigenous Law Student of the Year by the Federal Government.

All of these concerns and experiences inform the poems in Lemons in the Chicken Wire, which are by turns funny, sexy, powerful and impassioned, with a distinct awareness the physicality and fallibility of bodies and their interactions. Whittaker spoke to KYD’s Veronica Sullivan about clichés, decolonisation, the role of poetry in Australia, and why working with an Indigenous editor was fundamental to the development of her collection. 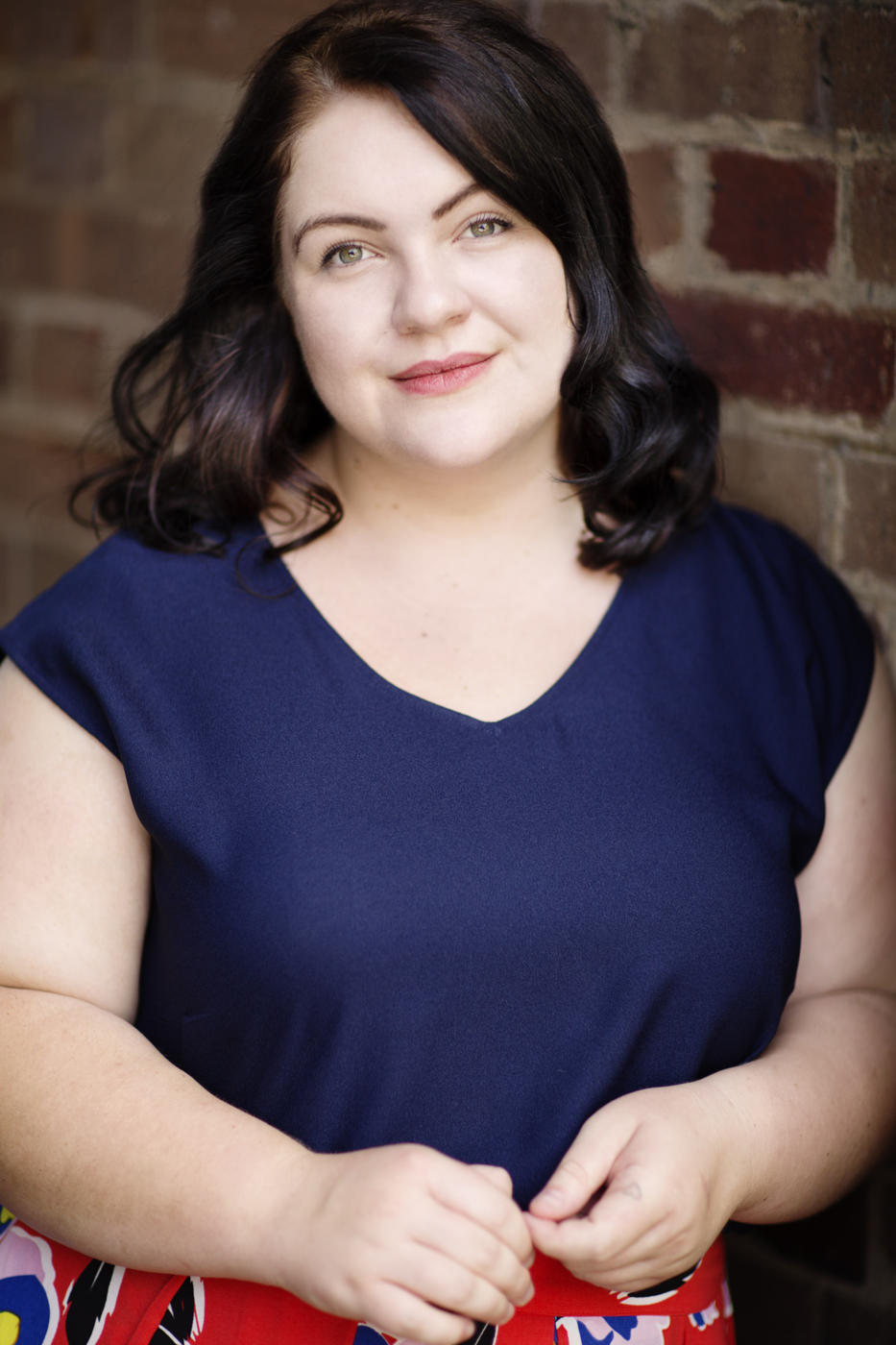 KYD: There’s a joyousness and playfulness with language in many of your poems. Some sections incorporate native language, while others that tease out the malleability of words and rework or remake clichés or platitudes to renew their power. How does this slippage and flexibility of language come about for you during the writing process? Do you impose order on your poems, or do they dictate their own structures and forms to you?

Alison Whittaker: I’m both bound and renewed by my language. It dictates how I can know the world and how I can talk about it in turn. When I write, I try to move into a place of wordlessness. It sounds silly and, clearly, that state of wordlessness doesn’t last long because it becomes poetry.

In this way, I’m not sure that language is all that flexible, especially when you’re trying to make sovereign meaning that gets deliberately edged out in a colonial language, but language sure is slippery and full of surprises, both ghastly and sweet. I often think of poetry as a form that paradoxically relies on language to escape language as meaning-making – poetry can leave meaning in a vacuum, creating stirring and nameless feelings, or coax the reader to make meaning.

I want to tease out that tension in meaning-making, and that involves taking on clichés, maybe to renew their power, but maybe also to draw upon their cultural cache. A cliché transcends, in a sense, the sum of its word parts and becomes something that’s pretty undefined. Clichés about Aboriginal people also draw their power from a very white suite of cruelty and sentimentality.

Part of playing with cliché is about using it to decolonise language – taking back and sharing the wordless ideas and feelings I have that are shut off to me through deconstructing stuff that’s well understood. The next necessary step is to learn my own language better. In the meantime, I want to get English messy – language, structure, cliché – I want to pollute it and what we think about it. So, it’s a fused process in terms of who imposes order – me or poems.

You write frankly about the physicality of the female body, especially your own, in your poems. I’m thinking of poems like ‘Watcha’, or ‘Cinnamon Eggs’, where you mingle the menstrual blood with the blood of wounds incurred falling off a bike. And yet in society, the material truth of women’s bodies is so often a taboo topic. Is your frank attention to the female body a deliberately unsilenced reaction against that taboo?

‘There’s an anticipation, and an expectation, that women’s bodies are going to be conducive to frailty, and that our guts are missing.’

That de-romanticised physicality of women’s bodies regardless of what those bodies experience – ejaculation, bleeding, sweating, growing hair, letting bits hang out and around, pain, illness, pleasure – tries to unify the experience of the imposition of a taboo about not being delicate, rather than anything that artificially unifies what being embodied means as a woman. You’re right, it’s a reaction to the taboo about women’s bodies – both those that menstruate and those that don’t.

Your poems viscerally recount the experience of living in the world as an Indigenous women. Your mother and Nan are powerful recurring figures, and poems like ‘Tidda // Jidgja’ convey the multiplicity of this experience: the oppression and frustrations; the self-empowerment and the networks of support and sustenance. Can you talk a little bit about the ideas of decolonisation and reclamation of Indigenous sovereignty, particularly for women, that are present in your poetry?

Aboriginal women have a long history of asserting sovereignty through literature. I wanted to add to that, but I don’t think there’s much left for me to add! I think that body of poetry and other writing has never shied away from confronting multiplicity, and especially complicity.

It’s interesting that you say sovereignty came to the surface for you in Lemons, because this isn’t something that I’ve heard about my work from others. Not for a lack of trying, though! Aboriginal women’s sovereignty often gets pushed to the side. In white circles, we’re expected to wear the burdens of colonisation and do the emotional work of placating white guilt about it.

‘Subverting colonial gazes can be done with cheekiness.’

Aboriginal women set about self-evident statements of sovereignty every day. If I were to talk about that decolonisation with reference to Lemons, I would talk about Aboriginal women passing on knowledge and deliberately evading the academy with it. There’s some irreverence to it too – while decolonisation can be complicated and work from a place of miserable necessity, in practice it has a lot of potential for effervescence. Subverting colonial gazes can be done with cheekiness. I hope those poems about Aboriginal women and sovereignty do justice to that cheekiness.

Sovereignty also necessitates, like you said, support for sustenance. That network of sustenance, I hope, extends out of the text, and isn’t just depicted in it. I wrote ‘Tidda // Jidgia’ to reach from the text to other Aboriginal women readers, as an extension of that sustenance from subject to writer to reader.

Your achievements across different disciplines are very impressive, and a little intimidating! Given what must already have been a very full schedule – including studying a double law/arts degree and your involvement in student politics – how did you find the time to work on your poetry?

Well, thanks! Lemons took some time to write! It certainly helped that so much of it came from exploratory writing as part of my creative writing degree, and it got a lot of momentum from the cultural studies I was taught alongside those technical elements of writing.

Writing this collection, at least, was a form of decompression, almost therapy. That it wasn’t really pulled together as a collection until the bulk of it was written was helpful in making sure that it didn’t become a task or something inherently ‘productive’. That was welcome relief as a poet – to think through poetry without the anxiety of consciously producing a work.

Does poetry occupy a different part of your mind from your academic work, as a respite or creative outlet?

I couldn’t say that poetry comes from a different recess of the mind than my academic or research work, and especially not from a different place than my activism. I work at making sure I don’t silo anything from my writing – I hope they can all sustain each other.

‘The black&write! Fellowship made space so I could knit together good work that is Indigenous-centric without apology.’

What did the recognition of Lemons in the Chicken Wire through winning the black&write! Fellowship mean to the development of your writing, and your access to opportunities? Being recognised with the Fellowship was very affirming. Altogether more exiting, however, was the chance to honestly and openly develop my work as an Aboriginal poet by working with Aboriginal editors and an Aboriginal publishing house (in Magabala Press).

It made space so I could knit together good work that is Indigenous-centric without apology. The fellowship itself presents a rare and enticing opportunity for Indigenous writers – to not have white hands on your work except as readers.

Grace Lucas-Pennington, aside from her great aptitude as a writer in her own right, was both a visionary and a surgeon for my manuscript. Grace worked with me to bring Lemons together over long, long months as part of her development as a black&write! editor under the supervision of Ellen van Neerven.

Grace’s edits were about getting the architecture of the collection together in a way that didn’t break meaning. She also enhanced and shaped what was already in the manuscript, including its layers of privy that are coded for Indigenous readers. That Grace is Bundjalung was fundamental to this process, and also to building a creative relationship of trust and cultural reciprocity.

Grace, if you are reading this, how I miss your guidance! I felt like the editing process that black&write! offered was collaborative and rich, and less about the editorial shaving or supplementation I have experienced with some non-Indigenous editors.

There has been some criticism in recent years of the extent to which poetry goes underappreciated and under-supported in Australia. (I’m thinking of something like Ivor Indyk’s claim that ‘the prejudice against poetry goes deep’ in the Sydney Review of Books.) What do you see as the role of poetry in Australian literary culture? Does the form receive the attention it warrants?

Poetry is so neglected here, and that it still springs up testifies to the resilience of poetry and poets. Part of what made the black&write! fellowship so attractive was that it offered the same vital infrastructure to poetic works that it offered to prose. That is such a rarity – even finding a platform for poetry as an emerging poet is notoriously difficult, and where you can find a platform it’s dearly underpaid. Prizes, too, are lacking.

Even if poets don’t carry literary culture, they are certainly borrowed from in terms of the experimental or artful construction of language – enough to warrant crediting them with the development of the literary tools we all operate from, in trying to craft something more than information with our words.

Under-valued, under-paid, under-credited, poetry’s role is a necessary spine that often goes invisible. Is this unfair for the poets who go unpaid, uncredited, and often openly scorned to do this vital work? Yes.

What’s next? What are your creative and professional goals for your writing, and what are you working on at the moment?

Next is trying to retreat into that creative space that’s less about production than it is about exploration and experimentation. I’m in research for my next collection, but also working towards the very-near end of my law degree!

In the meantime, I’ll keep writing smaller things, poetry, commentary, essays and working towards collaboration with other Indigenous writers. With no exaggeration or irony, this is the most exciting period of my little creative life so far.

Lemons in the Chicken Wire is available now through Magabala Books.