Short and Sweet: Women and girls in the stories of Katherine Heiny and Tegan Bennett Daylight 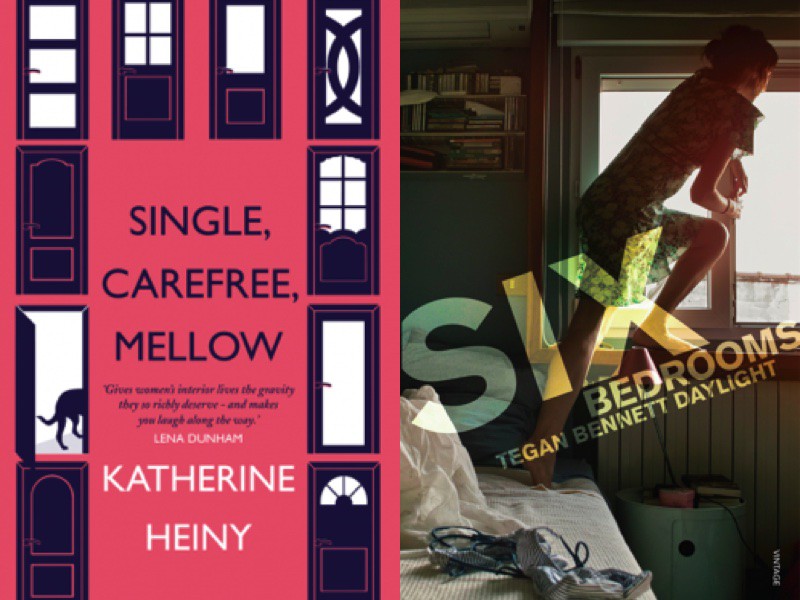 ‘I don’t believe short stories are having a moment,’ Tegan Bennett Daylight recently told the Sydney Morning Herald. Daylight, author of a new short story collection, Six Bedrooms, was presumably referring to the trickle of thinkpieces heralding ‘the rise of the short story’.

If indeed a moment is being had, perhaps it began with Lydia Davis winning the Man Booker Prize in 2013. Davis joined Alice Munro as one of the few female short fiction writers to be recognised for their body of work by a prestigious international prize.

There may be a short fiction renaissance taking place in literary culture, but Daylight is right when she says that ‘general readers aren’t interested’. As a bookseller, it’s tough to hand-sell a killer short story collection instead of, say, ‘the next Gone Girl’, or ‘that dystopian series’. Story collections and their authors have fans, but they are generally a small, devoted circle of readers.

Refreshingly, several excellent short fiction collections have been published this year that each focus almost entirely on the interior lives of girls and women. Daylight’s Six Bedrooms and US writer Katherine Heiny’s delicious Single, Carefree, Mellow challenge the very model through which we generally discuss works by (and about) women. (See also: Abigail Ulman’s debut, Hot Little Hands). Each of these collections is different, but have a shared connective tissue in their bold preoccupation with depicting women’s stories – work, sex, triumphs, mistakes – through a literary lens.

Six Bedrooms is not for teenagers, but for those grown-ups who still remember all-too-well the discomforts of growing up. Sharp and incisive, it’s a razor-edged nostalgia trip. The girls of Daylight’s stories stumble into adulthood, disdainful, doubtful, and dubious that they’ll ever fit anywhere. (Only one story, the chilling ‘They Fuck You Up’, features a male protagonist.)

I read through the shade of barely parted fingers, squirming with recognition. Reading these stories as a teenager would no doubt be traumatic.

The stakes are, on the whole, pretty low; the characters often lackadaisical: just kids struggling to be substantial. In ‘Other Animals’, Sarah dreads a dull night out with her glamorous friend’s brother. ‘I arrive and what I suspect is instantly clear – that John is one of the least popular boys at his school. He leads me to a table of boys with glasses, skinny necks, untended acne. Two have white tuxedoes. They fail to be properly ashamed of this’.

But they’re essential, too. We know that these small humiliations shape our adult lives. I may never forget accidentally setting off a fire alarm in Year 8 Religious Education, or my very own awkward formal date.

Heiny’s stories are bright and brilliant, ruminations on fidelity in sex and love. In ‘The Dive Bar’, Sasha meets her lover’s wife for a drink, during which the wife notes, ‘you’re younger than I thought but not as pretty.’ In ‘Blue Heron Bridge’, a married woman who is sleeping with her neighbour accepts a local minister as a short-term houseguest. A series of connected stories follow Maya and her boyfriend Rhodes, a dopey good guy whom Maya is constantly looking to replace.

The women in Single, Carefree, Mellow have their bad sex and good sex and wrong sex and right sex without judgement. They fuck and fuck up. Though the writing is excellent, some critics have dismissed the gravitas of Heiny’s work, so focused on love and the domestic realm, with its apparently untenable ‘candy pink cover’. Such appraisals do Heiny’s writing a disservice: although it has a commercial edge, it’s bursting with keen observations and Ephron-level barbed wit.

It’s a shame that Heiny is a little too devoted to neat endings. I wish I didn’t know how Gwen’s crush on her roommate resolves in ‘How To Give The Wrong Impression’; I wish Heiny had retained the untidiness of Maya passed out on her couch in the titular story, having drunk ‘the rest of the bottle of wine and most of another’.

By contrast, Daylight’s stories don’t end, so much as float away somewhere out of sight. She is a master of evocative imagery; painterly descriptions of the rank humidity of a Sydney summer, or the ‘kaleidoscope’ of dust motes in a hospital wing, hang in your head.

This is ‘women’s fiction’, to be sure, but in the most honest and celebratory sense of that derided and bombastic category. Really, it’s for everyone.

Six Bedrooms and Single, Carefree, Mellow are available to purchase through Readings Books.