The Beautiful and the Dated: Australian Ballet’s Giselle 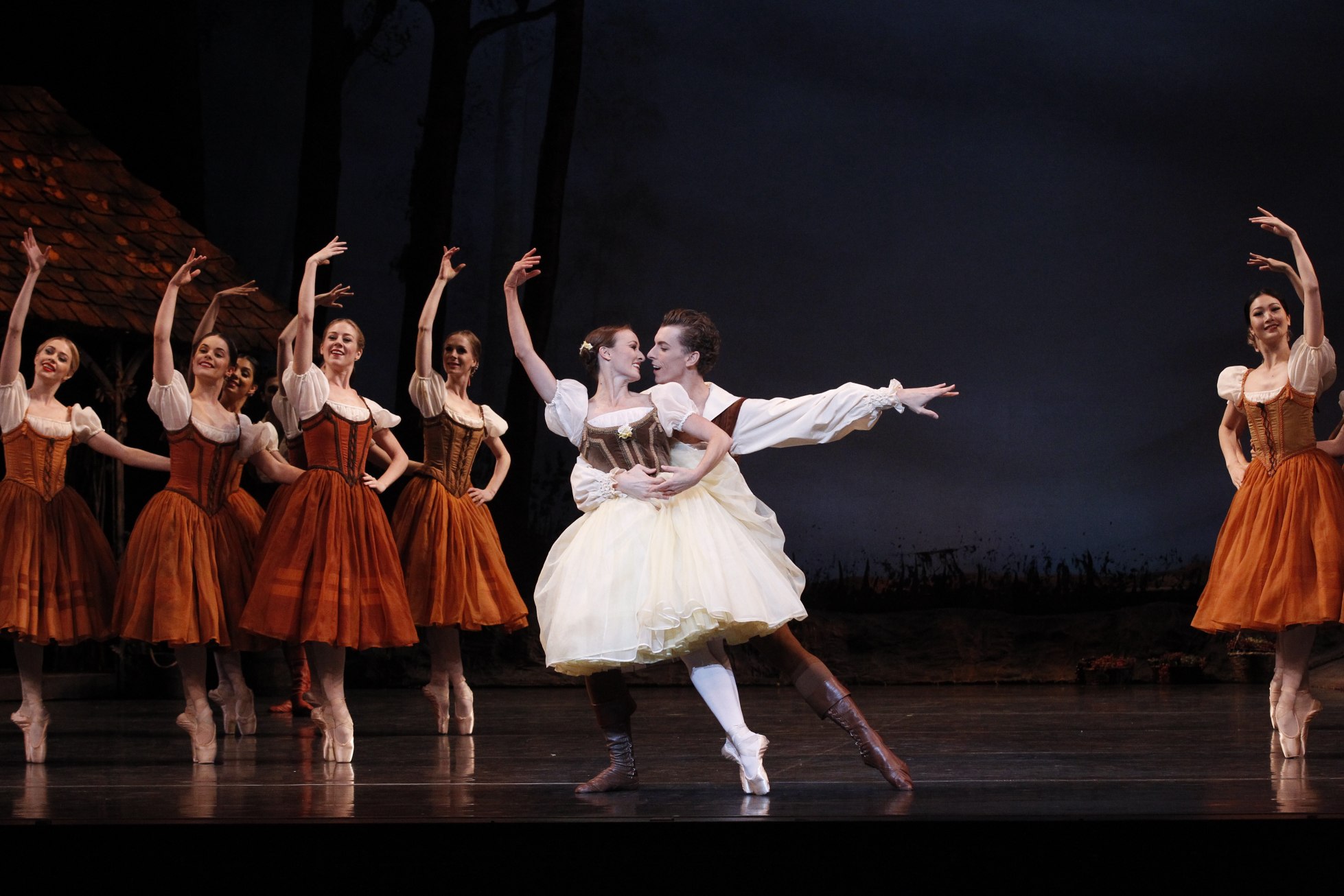 The weight of history sits heavily on the Australian Ballet’s Giselle. One of the most enduringly popular ballets from the romantic period, there is much to delight in its presence on stage and its lasting lineage. But 175 years after its debut, in a production that premiered 30 years ago, the sheen of Giselle has been dulled.

A centrepiece of the company’s 2015 program, Giselle concluded its four-city Australian tour in Adelaide, where opening night was the company’s 249th performance of Maina Gielgud’s production. Created in 1986 when she was artistic director of the company, Gielgud uses Marius Petipa’s 1884 Russian choreography, which in turn was modelled on the original choreography of Jean Coralli and Jules Perrot and music by Adolphe Adam from Giselle’s premiere in France in 1841.

Unfortunately, too often Giselle’s 175-year history combines to make the work feel less like a living performance and more like an artefact. There is the painted scrim in Peter Farmer’s design; there is the simplicity of Adam’s composition (it would be another thirty years before Tchaikovsky pioneered the idea that ballet compositions could be symphonies in their own right); and there is the choreography – or, rather, the mime that surrounds it.

Giselle is a young peasant with a weak heart, and her mother warns her against dancing. But Giselle is in love with Albrecht, and when she is with him she cannot help but dance. Jealous of their relationship, the gamekeeper Hilarion reveals to Giselle that Albrecht is a Count, and betrothed to Princess Bathilde. On learning this, Giselle goes mad, her weak heart giving way. In Act II after her death, Giselle becomes one of the Wilis, the spirits of unwed women rejected by their lovers now destined to wander the forest, capturing waylaid men.

It’s in the first act that the weight of age threatens to sink the production. The original Giselle was one of the first story ballets: the story was told through dance, pantomime and music, shunning the use of song as in opera. This mime is now heavily dated; its exacting language of movement tied to meaning is suffocatingly rigid. Too often, ‘I love you’ is not borne out through pure emotion and choreography, but through overwrought gestures and two-dimensional characteristics, taking away from the flow of the production.

There are many things to like about this Giselle. In her last role for the company, Madeleine Eastoe is light on her toes in the titular role. As she hops the ballonnés on pointe across the stage, she’s every bit a young woman struck by easy, bubbly love, where nothing else matters but being with the one you adore. In her Act I finale, Eastoe shows off her considerable acting talents as Giselle descends into madness: her weight falls, forcing her off her toes, her gaze becomes glassy, and her hands tremble as she reenacts the moments of love she has now lost.

Throughout the second act, where most of the mime has been left behind, Gielgud’s production shines. Kevin Jackson as Albrecht is completely assured and dynamic in his entrechat six; Ako Kondo floats her leaps as Myrtha, Queen of the Wilis. 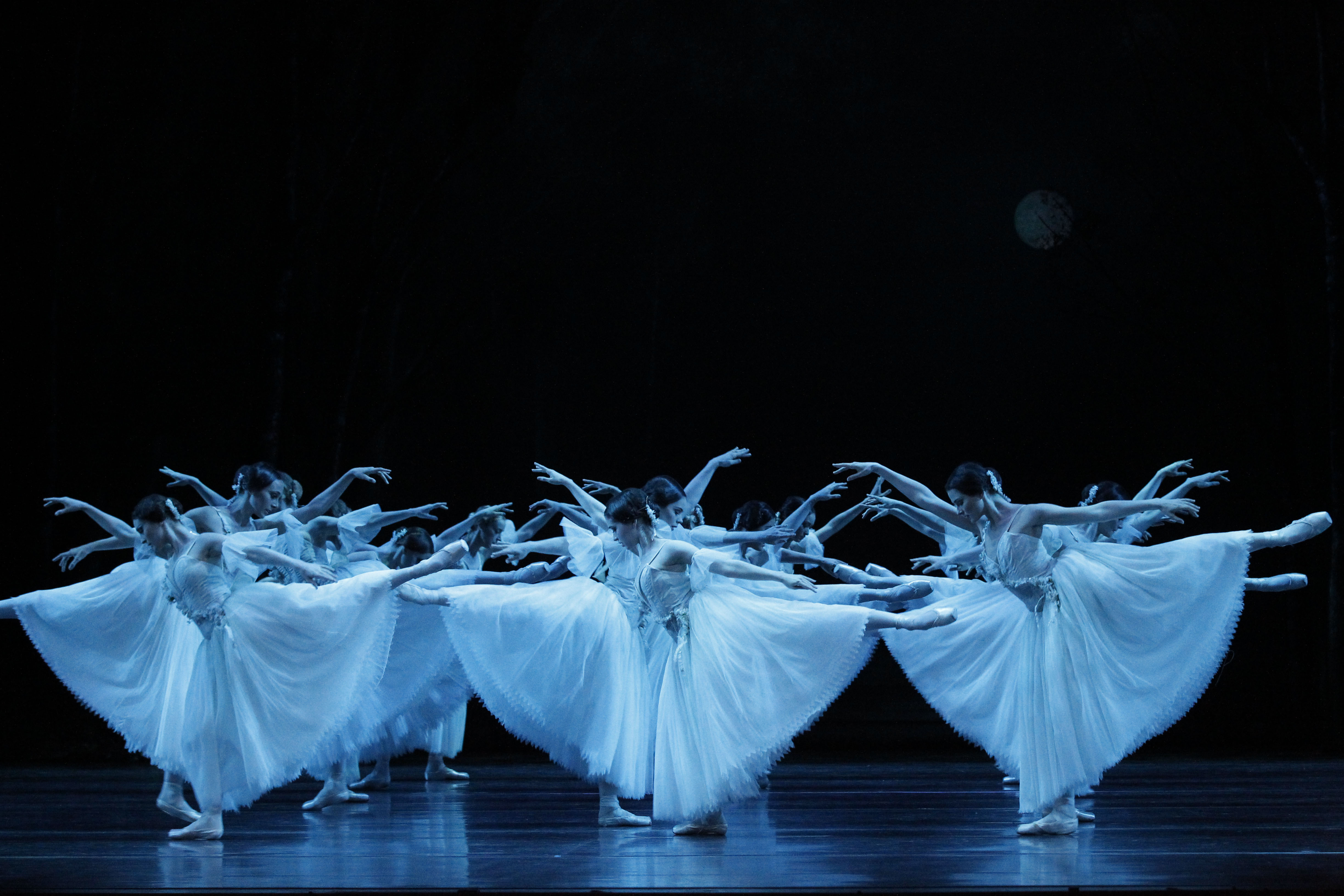 The magic of the Wilis is undeniable as the corps de ballet cross the stage, legs in arabesque, moving in unearthly unison under dim lighting. These ethereal women in romantic tutus are the archetypal image of classical ballet, and when they curou to appear as if they are floating (the original French production used wires to make some of the Wilis fly; a not entirely successful undertaking), this throwback to history is breathtaking.

And still, the choreography, like the mime, is dated. Perhaps ironically, for a ballet about people who are danced to death, there is little sense of risk in this production. Petipa’s choreography does not give the AB’s dancers room to exhibit their physical strength and dynamism, and it is this strength that prevents them from ever appearing to stand on the exciting precipice in dance that separates the possible from the impossible. At the same time, the company as a whole does not demonstrate the requisite mastery to elevate the choreography from simplicity into a sublime study of precision.

It’s interesting to compare this work to the AB’s most recent classical full-length story ballet commission, Cinderella, made on the company in 2013 by Alexei Ratmansky. Ratmansky used the familiar story and Prokofiev’s composition, building up characters with distinct personalities through costumes, acting, and, in particular, through leaning on the particular skills and strengths of the AB’s dancers. In Cinderella, the same lead pairing of Eastoe and Jackson were allowed greater scope to express themselves by performing more challenging choreography, allowing both the dancers and their characters to reach great heights. 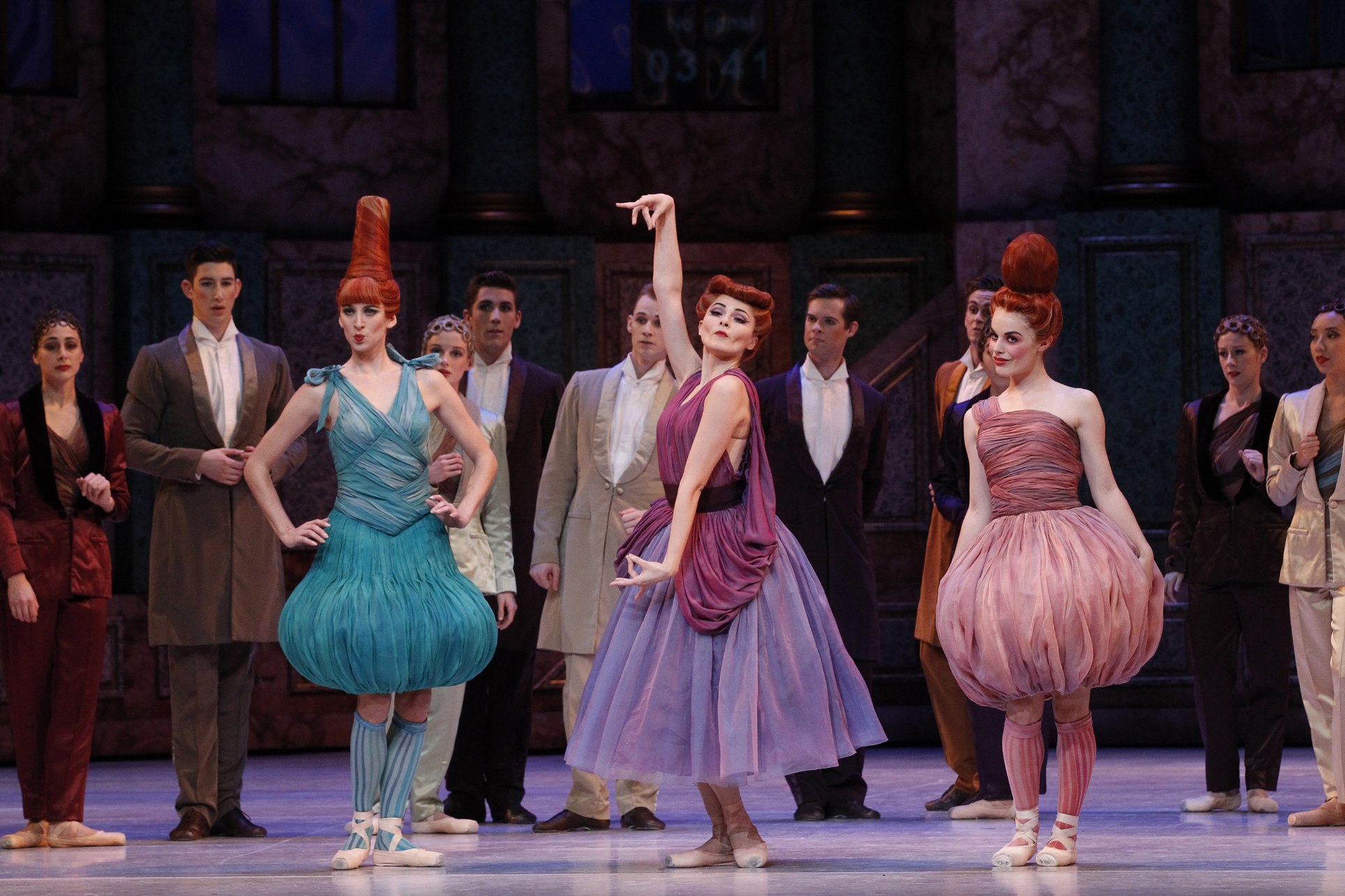 In my review at the time, I praised Ratmansky and the Australian Ballet for using a classical story and classical form to create a piece of work that was resolutely modern. The choreography drew lovingly on history, commenting on ballet and other dance forms in a way that allowed the production to be genuinely and generously funny – it embraced the humour in the story and interlaced the mime into the dance performance, allowing its audience to view a classical art form through contemporary eyes. Frequently funny, the audience were in on the joke and were allowed to laugh: a far cry from the mime in Giselle, which is outdated, overstated, and, though it appears humorous to our 2015 eyes, demands we take it deadly seriously.

When it was first performed at Paris’s Salle Le Peletier, Giselle was part of a movement arguing that dance could tell a story alone. It now continues to fight a battle that has already been won, which feels rather a lot like losing. If Cinderella – to say nothing of forthcoming modern ballet works like 20:21 in Melbourne and Sydney – is an argument for ballet as an exhilarating, evolving art form, Giselle feels like an argument for its place in a museum – or preserved on YouTube.