We’re apparently experiencing a new renaissance in YA literature, heralded by the mega-star-power of books like Twilight, The Hunger Games, Harry Potter and The Fault in Our Stars. In fact, the popular HarperCollins Epic Reads blog earlier this year released a video chronicling ‘A Brief History of Young Adult Books’, and declared the early 2000s the Second Golden Age of YA (the first, they claimed, came in the 1970s, with the likes of Robert Cormier and Judy Blume). 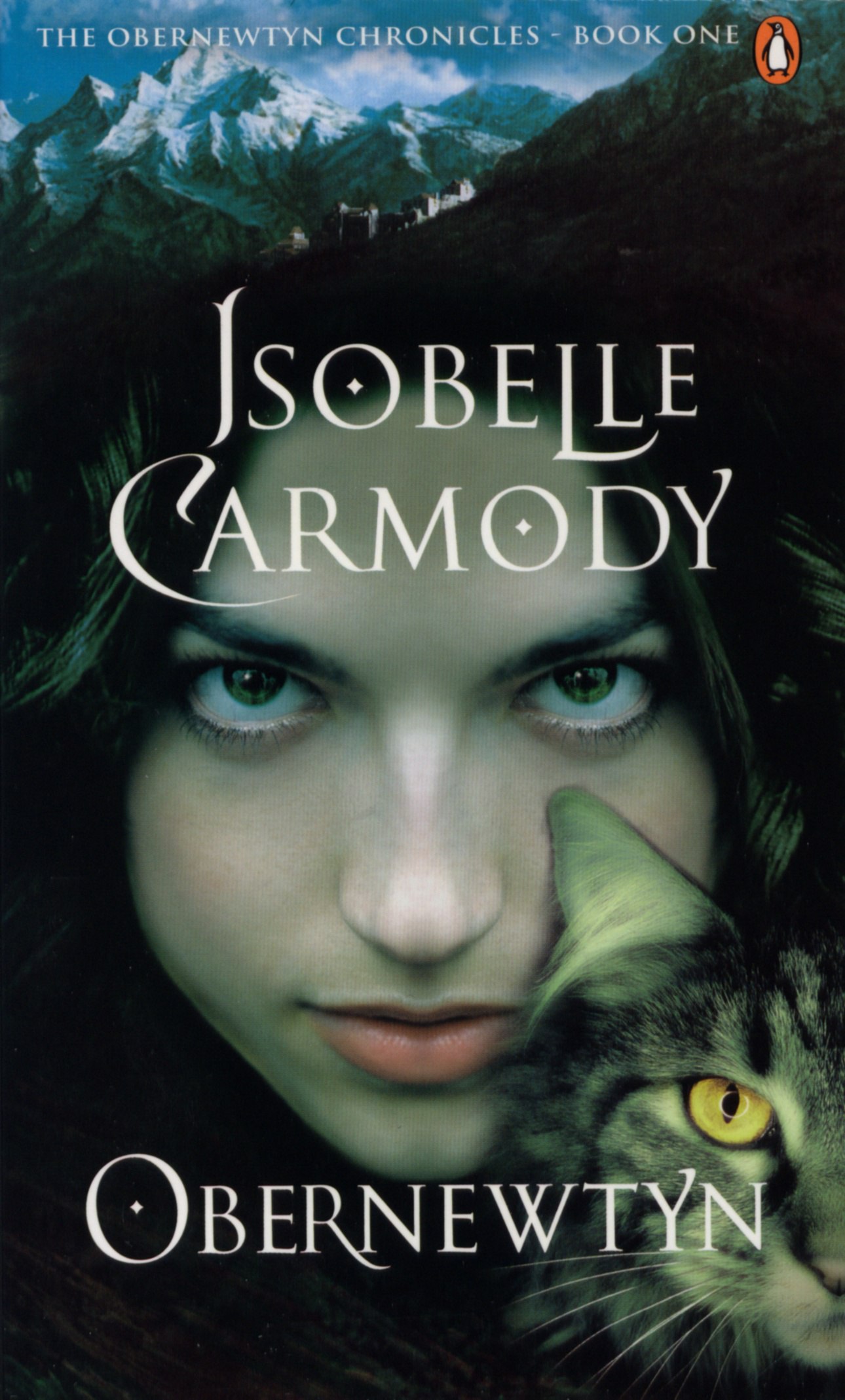 But this history of YA books is an entirely Americanised one, and this cuts to the very heart of a new problem facing Australian youth literature, which is being underrated in its own market by global forces. Lest we forget that before John Green, Australia had John Marsden, prior to J.K. Rowling’s Harry Potter we had Isobelle Carmody’s Elspeth Gordie, and we embraced Melina Marchetta as the voice of a generation long before Sarah Dessen.

Back in May, The Australian Library and Information Association (ALIA) announced lists of the most borrowed books from libraries across the country for the first quarter of 2015. Libraries provided their top ten most-borrowed books in four categories: adult non-fiction, adult fiction, YA fiction and children’s books. And in all but one of these categories, Australian writers accounted for half of the most popular books – except in the YA category, which was largely dominated by American authors. The top ten titles were:

Sue McKerracher, the CEO of ALIA, says she’s confident that the poor showing of Australian YA titles is not due to a lack of library stock or organisational support. ‘All [libraries] do have a YA section and for many it’s a special feature,’ she says. ‘In Victoria, for example, there is the Reading Matters conference focusing on YA literature for school and public libraries, and the State Library runs the highly regarded Centre for Youth Literature with its annual Inky Awards for YA authors. There is no shortage of YA books in libraries and we do our best to support Australian writers, which is why it is so disappointing not to see a bigger showing in our most borrowed book survey.’

If the Australian publishing industry and youth literature community want some idea as to why our Aussie YA had such poor showing, we need only unpack that list of most-borrowed books. Because it should be noted that seven of the top ten YA books in the ALIA list are movie adaptations, and successful ones at that. Even the least successful American movie adaptation on the list (The adaption of the first book in Cassandra Clare’s Mortal Instruments series bombed at the box office in 2013) has since been picked up as a television series. 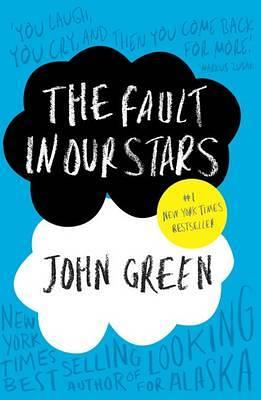 This suggests that Australian YA is being afflicted by Hollywood’s voracious appetite for American YA adaptations – as comedian Stephen Colbert once said: ‘A Young Adult novel is a regular novel that people actually read.’ And in fact, when Colbert gave that sound bite, he was interviewing the world’s most famous YA author writing today, John Green (the author appears three times on the ALIA list), who was named one of TIME magazine’s 100 Most Influential People last year. To give some idea of what Australian YA authors are up against in fighting to draw readers away from the likes of Green, his YouTube channel vlogbrothers (established in 2007) has a little over 2.5 million subscribers. Consider that compared with the latest season of Masterchef, which premiered and won the ratings with 1.213 million viewers. That’s right: John Green is more popular than Australia’s most popular TV show.

As for competing on a more equal playing field by adapting some of Australia’s most beloved youth literature for the screen – that’s difficult, when even our entertainment market is in a similar struggle against losing funding and competing global giants. Queensland screen and media studies academic Anna Potter, writing for Mumbrella, recently highlighted the Australian voice that’s getting lost in our respected children’s programming: ‘Australian children deserve to see high quality locally made screen content including television that reflects their country, its voices and its stories back to them, allowing them to “dream their own dreams” … The trick now is for policy makers, broadcasters, producers and the Australian public to ensure that public investment in local children’s screen content deliver public value by producing television that situates Australian children in their own culture.’

The movie adaptation of John Marsden’s Tomorrow When the War Began was a box-office success in Australia in 2010, and a television series is now in the works. And Screen Australia has approved funding for the long-awaited movie adaptation of Melina Marchetta’s On the Jellicoe Road – this adaptation in particular has international appeal, particularly in America where the book won the prestigious Printz Award in 2009, but Marchetta recently blogged about what a hurdle distribution has become for such projects. 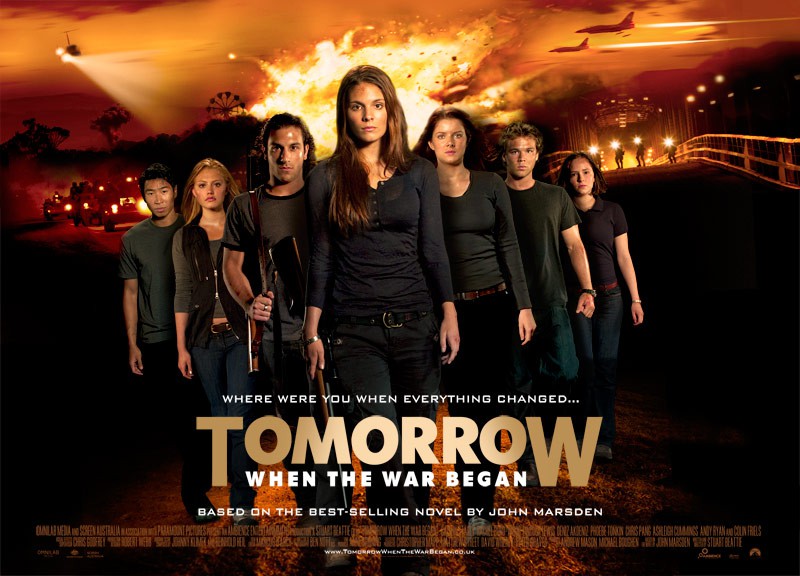 But what is the Australian youth literature community doing in the meantime, to increase exposure in the face of a blockbuster takeover? So far, they’ve taken inspiration from their UK-counterparts in creating a #LoveOzYA campaign.

In 2013 UK book blogger Lucy Powrie (Queen of Contemporary) started Project UKYA ‘to raise awareness of UKYA fiction and authors.’ In much the same way, Australian YA (OzYA) authors are using the hashtag to get the conversation started with readers, librarians and teachers who may not be aware of how much OzYA is struggling to stand out even to local readers in the global YA market.

One OzYA comrade who is campaigning hard is Ellie Marney, author of the ‘Every’ trilogy (Allen & Unwin) and one of only two Australian authors on the ALIA most-borrowed list, not to mention the only author on that list that hasn’t been adapted. 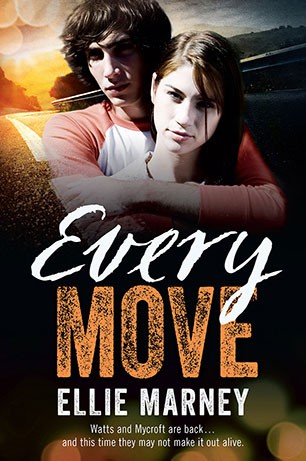 Marney was surprised by her most-borrowed listing, as evidenced by a heartfelt blog she wrote after the announcement, in which she also questioned the lack of Australian books. And now with some hindsight, she has thought of what authors can be doing to turn the tide in favour of #LoveOzYA. Marney believes one important factor will come from supporting fellow authors and building community. ‘Authors all work hard to self-promote ourselves, to give their books a sales boost and increase the chance that they get to write more! But none of us would make it without the helping hands of other authors. So the #LoveOzYA campaign is about more than just profile-raising for the industry: it’s about creating a close-knit community of authors who give each other invaluable support.’

ALIA’s Sue McKerracher echoes Marney’s enthusiasm for encouraging OzYA authors to keep campaigning for better borrowing rates amongst young readers, saying, ‘We suggest authors get in touch with their local library. Libraries are always interested in offering author talks and promoting local authors through their websites and social media. It’s a great way for authors to build on their social media following and fan base.’

Australian booksellers, librarians, and anyone buying books for young people should likewise start actively supporting the local industry and its authors. Check out Readings Books’ recommended reading list of OzYA titles, speak to your local librarian or teacher about inviting an Australian YA author to come and speak, and complain if a school reading list is devoid of Australian titles.

Australian readers also need to stop assuming that American YA is superior just because it’s marketed on a bigger scale. For every one of the American YA novels on the ALIA most-borrowed list, I was able to come up with two or three Australian readalikes – which goes to show it’s not for lack of quality or choice that readers are choosing American over Australian YA.

And we all need to celebrate and #LoveOzYA more. We need to celebrate the enormous talent within Australian Young Adult literature – founded by literary legends like Ruth Park, Robin Klein, Victor Kelleher, Nan Chauncy, Patricia Wrightson and so many more who helped shape our national identity. We need to make sure we continue to give that same gift of recognition and connection to a young reader today, by putting an OzYA book in their hands.

Danielle will be taking part in the Readings/KYD event ‘Where’s OzYA going right, and where’s it going wrong?’ on July 14. This is a free event, but bookings are essential.