Footy, Feminism, and Criticising What You Love 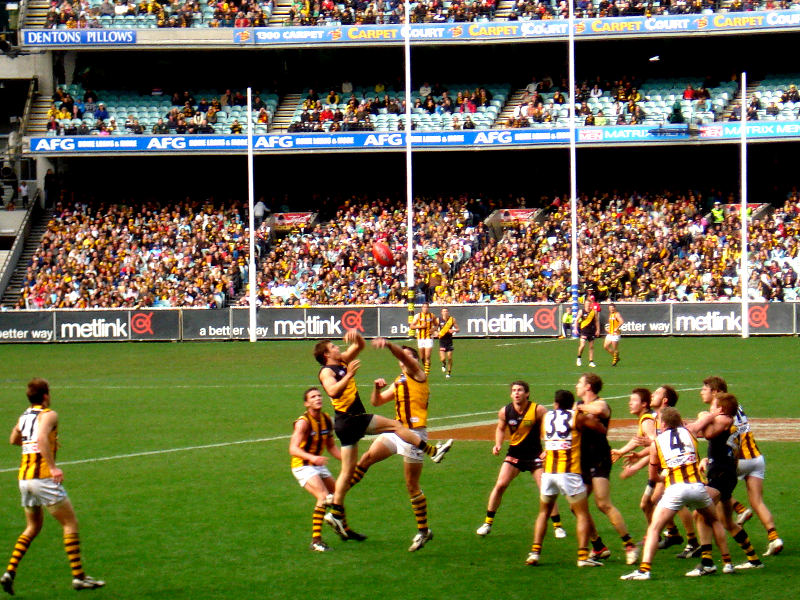 One thing Anita Sarkeesian said during her recent appearance at The Wheeler Centre resonated with me particularly strongly: ‘We can be critical of the things we love’. Listening to Sarkeesian, I was struck with the realisation that there are similarities between misogynistic elements of gaming culture (such as the depictions of women in games Sarkeesian explores in her video series Tropes vs. Women in Video Games) and the pervading ‘blokey culture’ of Australian Rules Football. I am not a gamer, but I am a life-long fan of Aussie Rules, and as the 2015 season kicks off this week, I’ve been wrestling with my dual identity as a football lover and a feminist.

Though women make up forty-seven percent of the gaming audience, eighty-eight percent of games developers are men. Games developer Brianna Wu (speaking on CBS) calls gaming ‘a culture and an industry that’s been told from the top down for so long that this is a space for boys and men’. This inequality of representation is where the cultures of gaming and football meet. I and other female fans make up forty-four percent of the AFL’s supporter base, yet Australian Rules has historically been seen as a ‘boys club’; described in Anna Krien’s Night Games as a place populated by ‘old-school footy insiders, men who say get over it, princess’.

In 2005, the Australian Football League (AFL) introduced a Respect and Responsibility Policy which included an enforced ‘commitment to addressing violence against women’, and undertook to ‘increase players’ understanding of how sexual assault, violence, harassment and abuse can affect the lives of women and girls’. Further to this, the broader AFL Code of Conduct warns of ‘instant dismissal or delisting for players convicted of sexual offence’. Yet despite these efforts, not a football season or indeed a pre-season goes by without another AFL player in the news facing alleged crimes against women.

Just last week, former Port Adelaide and Carlton player Nick Stevens was jailed for eight months after being found guilty in January of twelve counts of assaulting his then girlfriend in 2012 and 2013. But within hours Stevens was granted bail and freed from custody. This comes despite the fact that in March, Stevens pleaded guilty to breaching a court-imposed intervention order after serially harassing the same woman by sending her 2,500 text messages between June and August 2013. In October 2013, despite it being well-known in football circles that he was prone to alcohol-induced rage attacks, Stevens was named coach of the South Australian side Glenelg.

Cases like that of Stevens reveal deep flaws in the justice system, and show we have learnt little from the death of Jill Meagher, who was raped and murdered by a serious sex offender who broke parole. But what frustrates and infuriates me most is that Stevens was groomed by a culture in which, according to Krien, ‘women have been used… to reinforce a certain code of masculinity and hierarchy’. Krien’s account of sex and power in Australian sport shines a light on football codes in which misogyny is not only endemic, but which remains for the most part – despite various official policies and codes of conduct – unquestioned: ‘It’s not the game, the pleasure of play, that’s dangerous. It’s the piss stains in the grass, the markings of men who use sport as power and the people – teammates, fans, coaches, clubs, doctors, police, journalists, groupies – who let them do whatever they want.’

On the day that Stevens was found guilty, he was sacked as the coach of South Australian side Glenelg, but should he have been hired in the first place? Should football clubs continue to wait for the courts to act rather than conducting their own character assessments? How far should the AFL rely on the presumption of innocence when it comes to the widely known histories of domestic or sexual violence exhibited by players like Stevens?

In December 2014, Hawthorn draft-recruit Zac Webster was suspended for just two pre-season games after being found guilty of filming women during sex without their consent. Carolyn Worth, the spokesperson for the Victorian Centres Against Sexual Assault, hit on the broader implications of a slap-on-the-wrist punishment such as that meted out to Webster when she said: ‘They [the AFL] set up these young men as role models – they send them into children’s wards, hospitals, all sorts of events, so that children see them as heroes – it’s important they take very seriously the messages they’re sending and the examples they’re setting.’

Elaine Canty, the first woman appointed to the AFL tribunal, is quoted in Night Games as saying, ‘[The AFL is] an industry, whether we like to think so or not, and it has to be a reflection of women’s place in the general community.’ Slowly changes are taking place to make women more involved in the organisation and operation of the game. As per the ‘Gender Equity: What Will It Take To Be The Best’ report, the aim of these changes is to address gender equity within sport, and invite women to become more visible and active within football clubs and communities. It is hoped this will have a flow-on effect of changing player attitudes toward women and girls. In late 2013, Peggy O’Neal became the President of the Richmond Football Club – the first female President in the game’s history – and the club has since set a target of 50-50 male/female staff within 10 years. Creating an inclusive culture that more closely reflects the wider community is crucial, and the club sees ‘O’Neal’s appointment as president [as] symbolic of the sort of club the Tigers are striving to become’.

Like Ashley Judd, who announced last week that she is pressing charges after she received ‘a number of misogyny-laced threats following an innocuous tweet about “Arkansas playing dirty”’ while attending a basketball match, I would much rather be talking about the game itself. I could happily write for days about my team’s chances for the coming AFL season and how much their success would mean to me, and I expect Anita Sarkeesian would much rather spend her time talking about upcoming game releases than face sexually violent and misogynistic messages and death threats as a result of GamerGate. But every time I switch on the television to watch a game and see Wayne Carey being rewarded for returning to the spotlight after his ‘dark days’ (aka being charged with assaulting a former girlfriend), and every time I read the sports section of the newspaper and see another footballer committing hate-crimes against women, it makes the game more difficult for me to love. I don’t think loving the game makes me a bad feminist, or that recognising and acknowledging the deep-seated problems within AFL makes me a bad footy fan. I think misogyny in football culture stops it from being a better game. I won’t stop going to games, I won’t stop supporting and loving my team, but I will keep criticising the game I love in the hope that it makes it better.

During her lecture at The Wheeler Centre, Sarkeesian spoke of being invited into game development companies to talk about the real impact misogynistic games were having on the broader population, and the role gaming developers can play in changing these attitudes. Similarly, encouraging women to take on visible roles within the AFL can help to change ingrained misogynistic attitudes towards women and girls in football culture. Future female fans should be able to enjoy football for the love of the game, without being tainted by a culture that tells them they do not belong at games and the game does not belong to them. 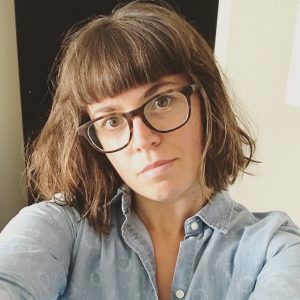 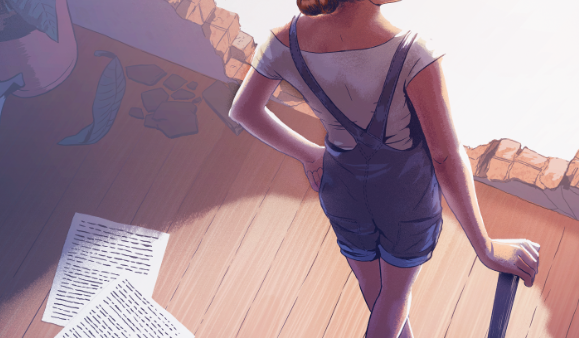 New Online Writers’ Workshops on YA and Speculative Fiction 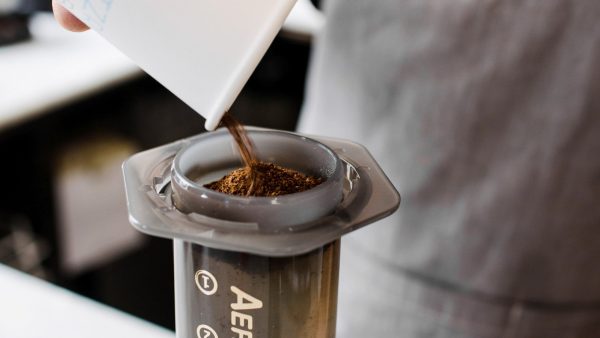