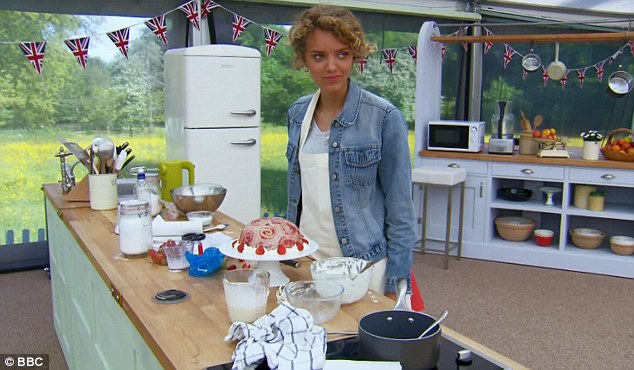 Ruby Tandoh competing in The Great British Bake Off

A television show exists that seems to have been invented after a scientific exploration team got into some kind of enclosed vessel, were shrunk down until microscopic, and then syringed into my ear canal. The ship then found its way deep into my brain, collected information about all of the things I love (baked goods, television, funny women, accents, baked goods, gentle competitors who drink tea during challenges, baked goods), and used that knowledge to create an entire show specifically for me. The end product is a competition baking show called The Great British Bake Off.

GBBO (as it’s known by connoisseurs) has recently been in the news, not because of an earth-shattering baking controversy (such as the time a contestant threw his ruined baked Alaska into the bin after someone else left it out of the fridge), but rather thanks to a statement by one of its most beloved ex-contestants. Ruby Tandoh (now a writer for the Guardian) used Twitter and a link to the Diana Ross song I’m Coming Out to announce that she had come out to her parents. She then went on to thank Twitter’s ‘queer queens’ for giving her the courage to be herself. As always occurs when the public eye come out in any fashion, this has prompted a slew of unoriginal reactions. The first are the news headlines and stories that automatically affix the word ‘gay’ to the person in question, no matter how nuanced or careful they may have been at avoiding such labels. I call this the ‘Alan Cumming Phenomenon’, as no matter how stridently and patiently he explains that he is bisexual, he is still persistently labelled as gay.

The second irritating response is the one that is still disconcertingly shared by both bigots and so-called progressives alike. This is the ‘nobody cares’ crew, the ‘why does it matter’ gang, graffiting comment sections instead of neighbourhood fences. Among these are the folks who don’t want to hear a public coming-out story because it is ‘wrong’ and should be ‘kept behind closed doors’. These arguments have been hashed out so many times that it seems unnecessary to go over them again. For the moment, let’s let bi-gots be bi-gots.

The response that is most troubling and insidious comes from the (usually heterosexual, cisgender) progressives who believe that because they and everyone in their typically privileged bubble are enlightened and accepting of LBGTQI people, coming out doesn’t need to happen. Or even shouldn’t happen.

They ignore the fact that much of the world is still an unkind and hostile environment to those who exist outside of the rigid heterosexual and cisgender columns society enforces. They ignore the fact that there are people everywhere, young people especially, who might have gained strength from the joy and happiness in Ruby’s tweets, and the mostly-positive responses that followed her announcement. That importantly, they might have felt those things at a time when they were otherwise feeling desperately alone or isolated. To those who don’t feel welcome in the world, representation is vital, and the more diverse public examples we see of people being joyful and comfortable and accepted and loud about who they are, the better things will be.

My hope is that these kinds of actions will contribute to breaking down some of the heteronormativity that non-heterosexual or cisgender people still encounter. Constantly encountering incorrect assumptions about your sex or sexuality can cause an array of problems, ranging from slight annoyance all the way to making you feel unseen and unaccepted. For me, coming out as a lesbian has been a long and wearying process, not one that was over once I sat my family down in front of Ellen’s talk show and pointed at her and then back at myself until they understood. A lot of people are still determined to make everyone fit into the little boxes they have reserved for them in their brains. Unless you have ‘LESBIAN’ tattooed across your forehead (which I might yet do), almost every person you interact with on a daily basis will assume your heterosexuality.

This will happen constantly in small ways. Doctors will ask you about your sexual history with your boyfriends, pay TV employees will tell you that your partner will ‘…really love the sports channels, most men do’, hairdressers will ask about your husband. Hotel receptionists will assume your booking is incorrect, and try to put you into separate beds. Don’t get me wrong, I know that these are not life-endangering moments, but they are still all unnecessary moments. You are just there to see a doctor, or have a haircut, when all of a sudden you are reminded that you are different. You are forced to come out to strangers over and over again. You are required to either refute their assumptions and risk having an awkward or unpleasant discussion with a stranger about your personal life, or you are forced to lie. For a white cisgender lesbian, this is tiring, it is frustrating, and the constant nature of it can wear you down. I can only imagine how these assumptions affect transgender people, with the added very real risk to their health and safety.

The old saying goes ‘to assume makes an ass out of me and u’ – but at this point, in 2015, it really is mainly you. When public figures take the step of loudly coming out, they are breaking down some of these norms. It is not only important for the people who are different themselves to see these things, but also for the people who aren’t used to seeing differences. The audience of the Great British Bake Off would include many people who have assumptions about what a queer woman looks and acts like, and those limited assumptions probably didn’t include someone like Ruby Tandoh. And now, they might.

Each time this happens, each time the world is shown a person who doesn’t fit the stereotypes, a person they like or know, a person who they wouldn’t have assumed to be queer or transgender or gender fluid or bisexual or asexual or anything outside straight and cisgender, then the Great Wall of Heteronormative Assumption crumbles a little bit further. The more that the wall crumbles, and the more accepting and knowledgeable society becomes of differences; the more people will feel less different. When society finally evolves to a place where assumptions aren’t made about sexuality or sex, a place where everyone can explore who they want to be, and who they want to be with, openly and early – that will be the day that ‘coming out’ will be unnecessary. Until then, I will keep applauding people like Ruby Tandoh (and not just in the hope that they will send me baked goods). 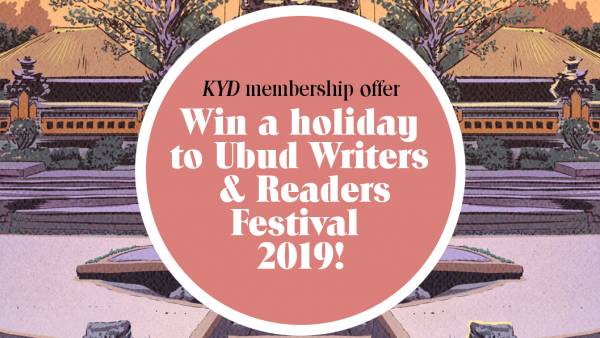 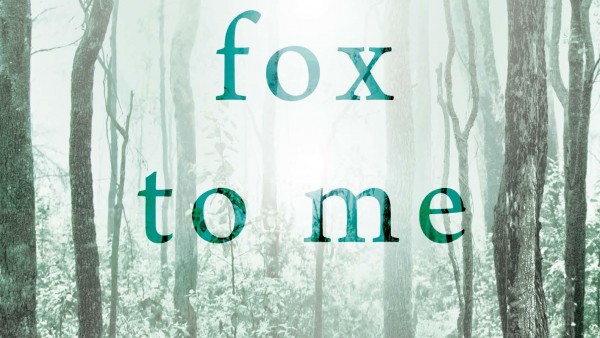