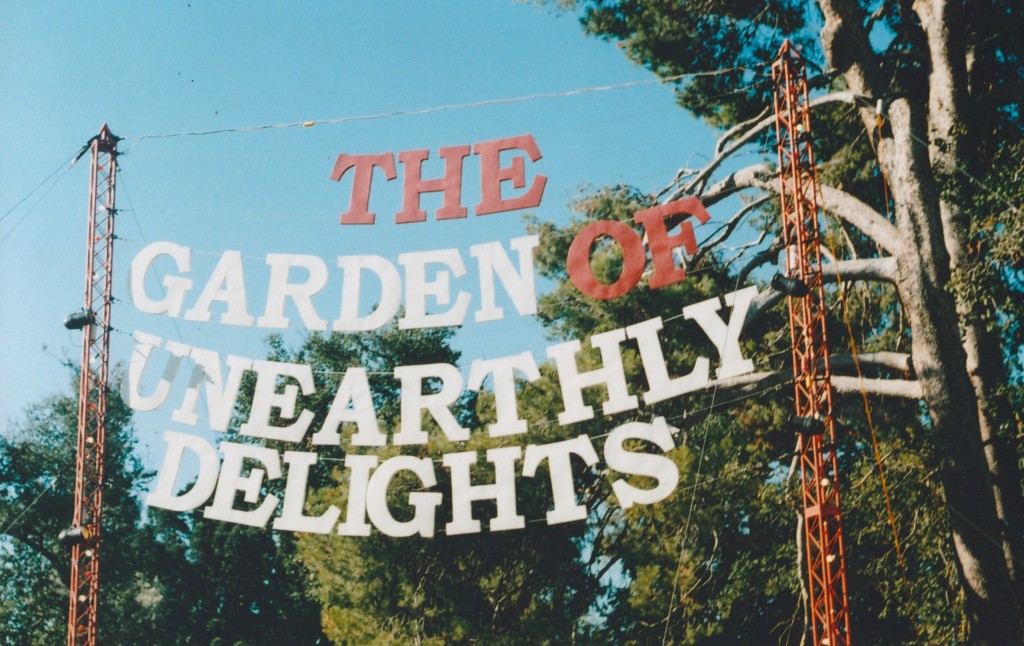 On the last night of Adelaide’s Festival and Fringe, when the clock was closer to sunrise than sunset, I peeled my sweaty body away from the Tuxedo Cat’s makeshift dance floor to refill my water bottle.

A couple groped and kissed in the space under the stairs. Two men stood at the bar debating the merits of various types of whisky. Three people sat at the piano, happily tinkering away at something that could barely be heard over the sound of the DJ.

One man in a dapper three-piece pinstripe suit sat alone, watching an underwear-clad couple play strip ping-pong. A staff member from Fringe slept, slumped in a chair, not seeing anything. People sprawled on the red upholstered benches, having talked for hours, ready to talk for hours yet.

The shows had played their final performances and had packed up and bumped out. People were readying themselves to get on airplanes or in their cars the next day and travel back to the cities and countries they’d come from. Or, for those of us who call Adelaide home, just to sleep.

It wasn’t the only party that happened on the final night. But for the people that were there, it was the only place to be. For these artists, producers, publicists, festival workers – and at least one critic – Tuxedo Cat is their Fringe home.

Two days before I was doing just this, the Battersea Arts Centre in London was engulfed in fire. The Grand Hall, recently refurbished, was lost, after twelve fire engines and 80 firefighters fought to save the rest of the building and the buildings that surrounded it.

In the midst of a busy festival season, I happened to be on twitter as the blaze took hold and the news spread amongst the British artistic community. They all watched the news develop, desperately hoping that the building would be saved, and I watched them watch. I’ve never been to the BAC – I’ve never been to London – but I could see their pain.

Writers began to grapple with what had happened. Lyn Gardner wrote a beautiful piece on the ghosts of the shows she’d seen there, Catherine Love spoke of loving the building so much it’s the building she’d get married in, Jake Orr remembered the building and the transformative effect work there had on him, and Mary Halton returned to the building the day after the fire.

At What’s On Stage, Matt Trueman wrote ‘Until Friday evening, I hadn’t realised that it was possible to feel grief for a building.’

The BAC, he wrote, was a home ‘for audiences every bit as much as for artists, and for the local community as much as the arts one. People get married in the Grand Hall, don’t forget. Others take their accountancy exams there or let their kids bounce around in its Bees Knees play-space. Artists live, rent-free, in its basement. Its café is always open.’

This mourning Trueman felt was for a physical space, yes, but what he and others were grieving for was the thought they could lose a space that creates communities: a home for artists, for audiences, and a building to see and love art in.

Not all theatres can create a community. Some are there just to deliver the art: like that coffee shop where you just get a takeaway, because the coffee is good but you don’t really want to sit down. The ones that build communities, though, are the coffee shops that let you sit on one coffee for five hours as you linger in the corner writing.

Incidentally, the best theatres also let you sit for five hours as you linger in the corner writing.

Over this festival season I’ve seen some incredible art that is the same the world over, by artists who have perfected their work so that they can deliver the same exquisite product anywhere they travel, on any stage, for any audience. But the work that has grabbed me, held me, and excited me the most is the work that cares about its audience and about the space and time it’s in. Art that considers itself as part of a community.

As Trueman writes, the motto on the BAC lower hall reads ‘non mihi, non tibi, sed nobis’: not for me, nor for you, but for us. After watching the response to the fire, I know this is a motto to be true. From the other side of the world, it’s a motto I felt in my bones as I danced late in to the night at Tuxedo Cat, and one that I’ll feel again the next time I see a show there. It’s a motto that all theatre, and all theatre spaces, should aspire to.