Insufferable assholes and grown up Girls In a recent episode of Lena Dunham’s Girls, Hannah is called in to see her professor at Iowa Writers’ Workshop. Hannah has acted out, in typical id-ruled fashion, against her fellow classmates, with an acrid ‘apology letter’ dumped in their sacred cubbies.

‘I can’t believe I’m getting punished for, you know, a simple apology letter,’ she complains. ‘It’s like up is down.’ When her teacher explains that Iowa is ‘not for everybody’, Hannah asks if she’s getting kicked out.
‘No,’ the teacher assures her, ‘everyone here is an adult, and can make their own choices.’
‘Okay,’ Hannah whispers, ‘because for a second I thought I was getting kicked out and I was so happy.’

Like many women my age, I have a complicated relationship with Dunham’s Girls. There’s a lot of cultural baggage attached to this comedy-drama. (Though these terms are a misnomer, as the show is frequently neither funny nor dramatic.) Girls is expected to be too many things to too many people: it’s the voice of a generation; it’s neo-Sex and the City; it’s real; it’s not real; it’s wrong; it’s right.

Girls is a prickly series, and as a viewer I approach it with trepidation. I like that Hannah is not the type of woman generally seen on television. She isn’t a size zero; she doesn’t have stylish outfits or salon perfect hair. She is, in Adam’s words, ‘stubborn as fuck’ and she ‘likes to be in bed a lot’. I love my bed. I love being stubborn. I like that Hannah is a writer who frequently doesn’t do any writing. Watching her fills me with relief, because there is someone on TV who is just as unformed as I am.

But with that relief comes the uneasy feeling that Hannah is meant to be laughed at, that her life choices are wrong. And when I read another think piece where the author condemns the show because they struggle to root for Hannah, I wonder if I should be identifying with her quite as much as I do. I can’t be the only viewer whose frustration with the series bubbles over when it’s uncomfortably close to home.

Dunham’s series might be the most written about show in the history of television. More words, probably, have been devoted to debating Girls than have to the ‘best’ shows of our Golden Age of television: The Sopranos, The Wire and Breaking Bad. Heck, even James Franco (that auteur of artistic douchebaggery and overexposure) has weighed in on the topic.

The series has been tramping along for three and a bit seasons; we’re now six episodes into its most scattered and melancholic chapter. That scene between Hannah and her teacher was, to me, elegantly poetic. It isolated Hannah’s essential self and laid all her cards on the table. Hannah is ruled by emotions and circumstance; Hannah chooses herself over everyone else, every time; Hannah cannot follow through. Hannah won’t make it through Iowa. She needs to get back to New York to remain essentially who she is. 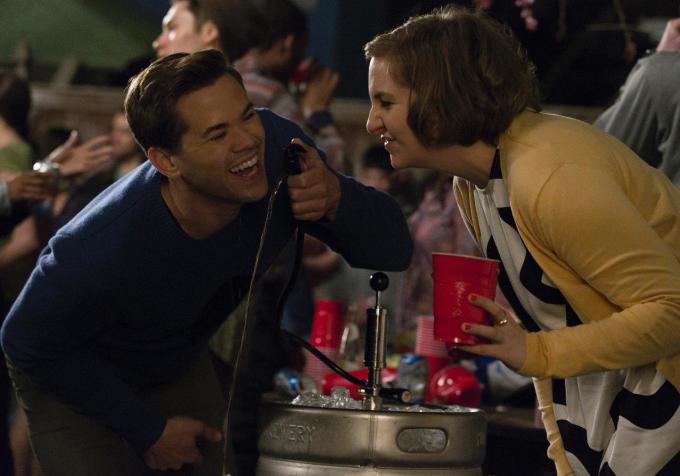 So it’s not surprising that, a mere two episodes on, Hannah has supplanted her Iowa life – including her quasi-housemate Elijah – and dragged it back to her New York apartment.

Who, exactly, Hannah is frustrates a vast portion of viewers. She is self-righteous, self-sabotaging, selfish – self-everything, really. She is rude and lazy and hyperemotional. She is, at heart, an anti-hero. She’s not a Walter White – someone moulded by circumstance – she’s better: a truly unlikeable person who uses every opportunity in life to test and reaffirm her unlikeability. That unlikeability can be grating, but insufferable people navigating their own insufferability is what Girls is about.

What I relate to most in the series is not the bad twentysomething sex, or the struggle for financial independence; it’s recognising my own insufferable tendencies. It’s cringe comedy because it reminds us of how essentially unlikeable all people are.

Last season, Hannah had her first real office experience when she wrote advertorials for GQ. This was a promising moment of stability and progress for Hannah, a recognisably adult opportunity, and many viewers rejoiced. (This is the girl, after all, who derailed a job interview with a rape joke.) Alyssa Rosenberg noted that it ‘could be an important tonal change going forward’. But to expect that sort of stability to last, to herald a fundamental tonal shift in the show, misunderstands Girls entirely.

Why do we all want Girls to change? Why do we want Hannah to succeed at GQ, even if it’s the wrong place for her? Quitting a reasonably good job when you have nothing better might seem foolish, but Hannah is not made for regular work; some people just aren’t. Quitting was perhaps her most honest act of self-sabotage yet.

In a recent recap, Rachel Syme observed that ‘the girls are becoming conscious’ of how their behaviour affects others. ‘It’s painful to watch,’ she writes, ‘but it’s happening: Girls is growing up.’ In one way or another, we’ve all been clamouring for Girls to ‘grow up’ since the show began – without fully realising that’s exactly what it’s doing. The girls are growing up, but that’s not going to change who they are.

It’s true that Hannah et al. are beginning to realise how their various shortcomings affect themselves and everyone else: Hannah has just discovered that choosing herself over Adam means that she has lost him (he is, after all, ‘at his best when he’s nurturing the profoundly damaged,’ as Caroline points out, and he couldn’t do that with Hannah in Iowa); Shoshanna’s desire to be a certain kind of person has caused her to lose sight of who she actually is (though it helps that Ray is there to reassure her: ‘You do things in your own time. You always have’); Marnie knows she chooses validation over fulfilment, but in this case, her relationship with Desi is the kind of validation that comes with the best chance for her to make it in music; and when Jessa reached out to Adam after they attended AA together in the third episode, we discovered, as she did, that she craves the intimacy she instinctively pushes away. 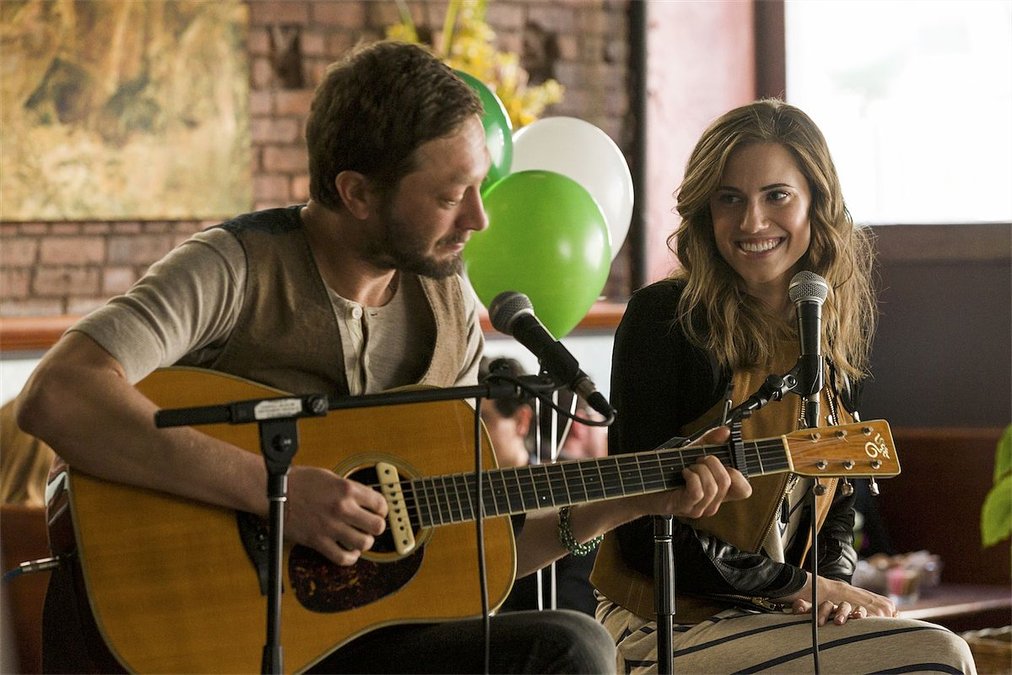 Yes, our girls are growing, learning, discovering. But all they’re really discovering is how toxic and unheroic they are, and how to use that to their advantage. They’re not going to grow out of their asshole tendencies, because they are actually assholes. Hannah, Marnie, Shosh and Jessa are TV’s true anti-heroes: they’re not to be celebrated or idolised. They’re not going to get their guns blazing redemption.

And if you hoped that Iowa would change Hannah, those hopes were truly dashed this week. It took her all of five episodes to give up not just on Iowa, but also on the idea of being a writer. She announces, in an incredibly blinkered dinner with Marnie, Shosh, Jessa and Elijah, where each of them is conducting their own self-centred conversation, that she wants to ‘change the world’ and become a teacher.

Hannah seems like the least-suited person to that profession in history, a sentiment that Marnie perfectly sums up when she points out: ‘You’re so selfish that when we lived together you put the fire extinguisher in your own bedroom so you could have access to it first.’ Hannah is always searching; she’s in a perpetual state of flux. Jumping on a new (long) path to a career she may not even want feels appropriate, and so does seeking praise for some half-baked notion of ‘changing the world’.

As Emily Nussbaum says of Sex and the City‘s Carrie Bradshaw it in her exposé on the ‘female bad fan’ (the fan who seeks empowerment from her female protagonists): ‘For some viewers, the idea that her flaws were there on purpose, that they were the whole point, remains hard to swallow.’ The same could be said of many viewers’ response to Hannah, but I’m inclined to think those people should not be watching Dunham’s itchy series.

If we must put a value judgement on Girls, the purest truth is that everyone is a bit of an asshole. Amen to that.