Billy, Don’t Be a Homophobe 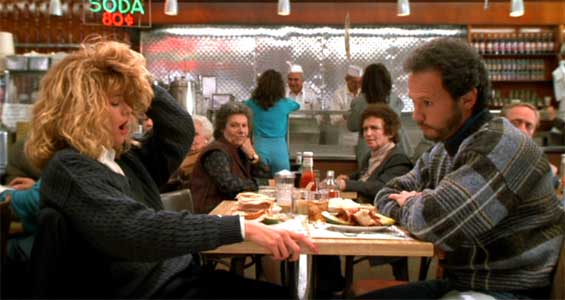 One of the most iconic movie scenes in history occurs in the classic 1989 rom-com When Harry Met Sally. Meg Ryan’s Sally is sitting across from Billy Crystal’s Harry (spoiler: they meet). They are having lunch at a table in New York’s now notorious Katz’s Deli (sadly not a deli where cats go to eat – nor do cats work there), debating whether Harry would recognise a fake orgasm if he came across one (no pun intended). As Harry aggressively chews some kind of deli-meat (not cat) filled sandwich, Sally simulates an explicit and very loud orgasm at the table. It’s a long scene, and as someone who has a deep aversion to embarrassing situations, it is hard for me to watch. It is also hard to watch because it makes me feel weird about sandwiches. Twenty-six years later, Billy Crystal has taken time out of his busy schedule (figuring out how to get blackface back on television, or whatever he does now) to complain about the explicitness of onscreen sex scenes.

In a recent interview with the Television Critics Association, Crystal was asked about his experience playing a gay character on the seventies TV show Soap, and how depictions of gay characters have changed since. He responded with concern, saying he did not want gay sex scenes ‘shoved in his face’, and shows were ‘sometimes… just pushing it a little too far for my taste’. He later clarified that he didn’t necessarily want to watch explicit heterosexual scenes either, but: ‘When I feel it’s a cause, when I feel it’s “You’re going to like my lifestyle,” no matter what it is, I’m going to have a problem.’

Billy has since attempted to backtrack, explaining that he dislikes any gratuitous sex or nudity, not just the gross gay kind. If that were true, fine. Plenty of people have been quick to give him the benefit of the doubt, and are willing to believe that was indeed what he really meant. But in my opinion, if Billy appeared on Family Feud with the rest of the Crystal clan, he would absolutely smash the ‘Coded words people use to say bad stuff about homosexuals’ category, and would win a trip to Hawaii or a date with Grant Denyer or whatever the major prize is now.

As a non-heterosexual person who has lived my entire life in a heteronormative world, I have a finely tuned antenna for homophobia. Loaded terms, like those used by Mr Crystal, set off my internal alarm bells. These sorts of veiled references are becoming more common, as it becomes less acceptable to state openly that you get an icky feeling when you see two people of the same sex kiss. I certainly don’t go looking for these comments, but I recognise them when they’re made. In this case, I don’t think you really need to be Gay Sherlock to recognise it.

When Crystal mentioned the implicit requirement to ‘like’ a ‘lifestyle’, what could that possibly mean besides the love lives of queer people? I highly doubt he is talking about being forced to watch sex scenes starring cattle ranchers or a retired couple on the Gold Coast. And there is zero chance that he means heterosexuals. Nobody calls heterosexuality a ‘lifestyle’, because unlike homosexuality it is not seen as a choice, but as the norm. When Crystal said, ‘I hope people don’t abuse it and shove it in our face to the point where it feels like an everyday kind of thing’, it cannot possibly refer to heterosexuality. From birth, gay and straight people are conditioned to understand that heterosexuality is an ‘everyday’ thing, and that homosexual relationships are not and will not ever be regarded as such. People do not complain that heterosexuality is ‘shoved’ in their faces, because there’s no time when it isn’t visible.

Compared to overt and violent homophobic acts, Billy Crystal’s comments might not seem like a big deal. I am not calling for him to be punished. It may have been a jumbled answer that didn’t capture his true feelings. He didn’t deliver an anti-gay tirade; perhaps he even considers himself an ally. But this discussion of how same-sex relationships are viewed and spoken about is bigger than him. Coded language is used all the time to denigrate gay and bisexual people’s lives and sexuality. Language has consequences, especially when used by someone of Crystal’s profile, and especially when spoken by someone who wouldn’t openly admit to being homophobic.

These comments represent the insidious thoughts and feelings which are often not confronted or unacknowledged. I can go several days without being reminded that many people find my sexuality noteworthy, or unusual, or disgusting. And frankly, it’s a really shitty feeling to be reminded that they do, when someone uses veiled language to imply that depiction of physical relationships between same-sex couples on television is ‘too much’. Or when someone suggests that same-sex intimacy is fine, as long as it’s behind closed doors. We’ve heard that one before.

It’s not acceptable for my sexuality to be ‘tolerated’ on the condition that it isn’t represented on television. I don’t want people like Billy Crystal to claim that I, and other gay people, are being ‘pushed into their faces’, just because we fucking EXIST and are occasionally visible in the world. Nobody is forcing any lifestyle on others; people of different sexualities are living their lives, and these lives are being honestly portrayed.

Representation is validation of existence. It’s especially vital for young people to see themselves reflected via pop culture. Almost all of Western entertainment has been dedicated to depictions of straight, white, thin, cisgendered, able-bodied people like Harry and Sally. The rest of us have just been quietly watching and feeling excluded. And now, to the tiniest degree, this is shifting. You can change the channel if you don’t want to see two men kissing on television. I can’t change the channel to avoid heterosexual relationships, because they’re on every other channel too. I can’t change the channel to avoid the opinion that my sexuality is wrong or weird, or that its physical manifestations should be kept hidden. Homosexuality will continue to be ignored in film and television, unless all incidents of overt and implied homophobia are condemned. It’s time for us to become an ‘everyday thing’. 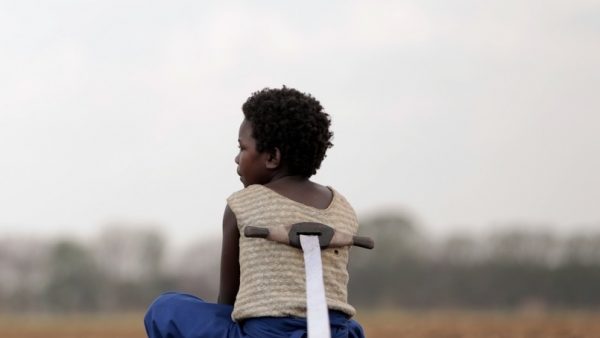