YA is not a genre – it is a readership. I’d like to talk about the reason for the frequent confusion between the two.

It may seem like pedantic nitpicking to focus on this distinction, but so pervasive is the mistake, amongst even established literary channels (according to the New York Times, ‘the genre’s appeal has spread beyond teenage readers…’), that explaining the difference has become increasingly important, and indeed, necessary.

So – the basics: young adult (YA) literature spans the spectrum of fiction genres from mystery to literary fiction, horror and romance – there are even sub-genres, like Amish teen romance.

Various youth literature associations differ on their agreement of what actually constitutes a ‘young adult’ reader, but generally they’re categorised as readers between the ages of twelve and twenty.

The ‘young adult’ label in no way resembles a genre – it refers to the proposed age-bracket of the intended readership. And while some of the biggest YA book-to-film adaptations of recent years have been drawn from genre fiction – including dystopian, paranormal and fantasy books – these are books intended for the YA readership, but defined separately by their respective genres.

Once these semantics have been clarified, it’s easy to see why people whose passion or vocation is YA are frustrated by the genre miscategorisation – particularly when it is supposed professionals, who ought to know their literature from their elbow, who repeatedly make that mistake in reviews and feature articles. And while this all-too-common slip-up has become a pet peeve for those of us who love reading and writing youth literature, it’s also a mistake that makes it easier to gauge how well-acquainted critiques and critics of YA are with the material they cover.

Whenever a new YA-bashing article comes out (like clockwork, it seems) and a journalist refers to YA as a ‘genre’, it’s a sure sign to those in the youth literature community that this will be another article written by someone who doesn’t actually read or even understand the basics of YA, yet still feels equipped to criticise the books. Basically, it’s a warning to us not to take this person or their article too seriously. Ruth Graham, author ‘Against YA’, arguably the YA community’s most hated article of 2014 , was taken to task for her genre mistake.

It’s a frustration author Chuck Wendig has written about on his Terrible Minds blog – in fact, it’s his #1 thing people should know about young adult fiction. Wendig says of YA, ‘[it] is a demographic rather than an agglomeration of people who like to read stories about, say, Swashbuckling Dinosaur Princesses or Space Manatee Antiheroes or whatever the cool kid genres are these days. Repeat after me: Young Adult is not a genre designation. See? Not so hard.’

But is it an understandable mistake? Even if those who don’t read YA but choose to write commentary on the books did basic research, they’d be led astray. The Wikipedia entry for YA covers the topic of Genre, spreading this misinformation (‘Young Adult Literature has become a genre…’). Of course, it really isn’t acceptable for serious literary commentators to take a Wikipedia entry as gospel. This is especially true given there is more than enough information about YA elsewhere, often disseminated by official organisations that should be primary resources, including the Centre for Youth Literature and Young Adult Library Services Association.

So why is the genre/readership mistake such an insult to the youth lit community? Well, apart from the perceived disrespect when individuals don’t understand even the basic lingo (but still feel superior enough to criticise the books), I think there’s an underlying belief that if they did get the terminology right, critics and commentators would be less likely to write off an entire readership, than they are to criticise a single supposed genre.

Genre is there for personal taste and reading preference. It’s a means of categorisation, to help those who love romance find their next great read, and avoid mystery spy thrillers that aren’t to their liking. Which is why it’s infuriating when a critic says they disliked Twilight because they hate the young adult genre – they don’t hate the YA readership, they probably just hate the paranormal romance genre, and that paranormal romance book in particular. Many members of the youth lit community assume that if critics were to read YA books that were of their preferred genre (or even just accepted that ‘highbrow’ literary-fiction exists within the readership) they’d see a different side to YA, and be less likely to discredit it.

If literary critics understood the semantics of young adult literature properly, they’d recognise the folly in discounting an entire readership – a collection of people as diverse as the genres that make up their beloved books – and perhaps understand why their uneducated criticisms grate so much on the youth lit community. The YA readership deserve more nuanced (heck, even just properly researched) critiques of their books. 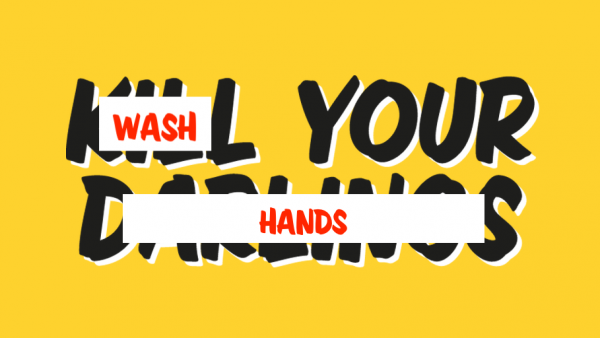