Taking Up Space: The legitimisation of creepshotting 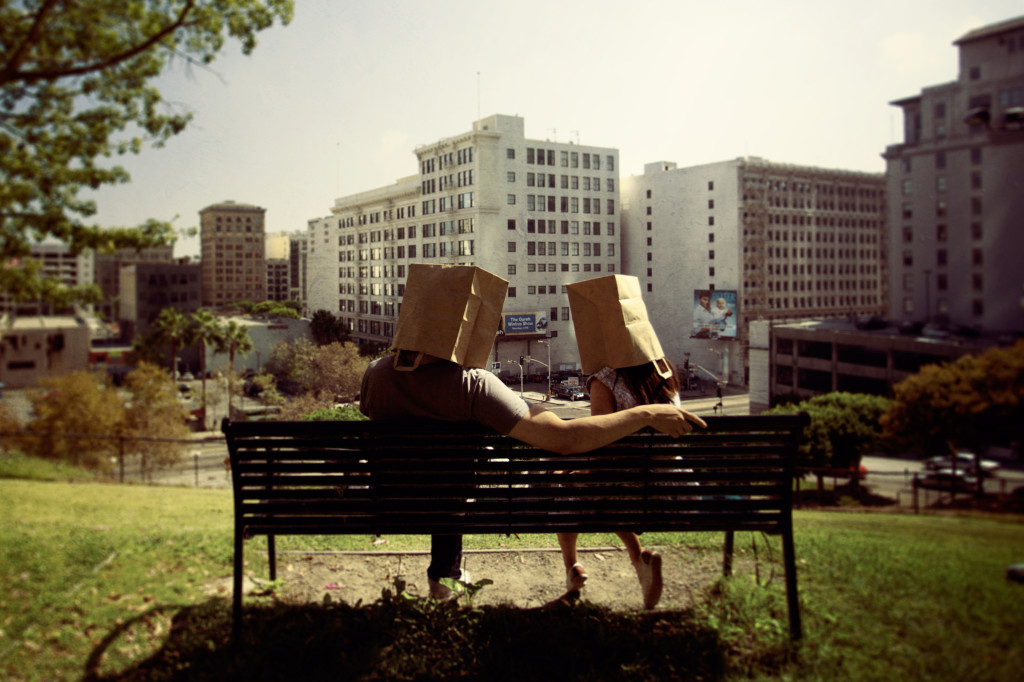 On nearly every site on Three Ring Blogs network, a significant portion of posts take the form of images in which a subject has been photographed in public without their knowledge or consent. From ‘Girls in Yoga Pants’ to ‘People of Walmart’ to ‘Beach Creeps’ to ‘WTF Tattoos’, the network traffics in surreptitiously snapped images ranging on a continuum from the humourous to the supposedly sexy. Since 2010, this vexatious brand of modern street photography has had a name, adopted as readily by those who take the pictures as by those who abhor them: the creepshot.

One of the sustaining tenets of creepshotting seems to be the principle that the web is so large that photographed subjects will forever remain none the wiser. Of course, this is false, reflected in the emergence of an entire genre of storytelling in which victims of creepshotting walk the reader through the feelings of fear and shame they experience upon eventually discovering their ’shot has gone viral. The most common refrain from victims is a sense of frustration that the shared image is reductive, and depicts their humiliating experience free from any kind of humanising context. Victims can decide to reclaim their sense of personhood by taking ownership of the image that has been shared (‘I’m down with the meme,’ writes Blake ‘Scumbag Steve’ Boston. ‘Also Fuck you.’), potentially even leveraging their humiliation for art or profit, but this almost certainly doesn’t map to the common experience. The sheer number of victims of creepshotting we don’t hear from suggests that most victims that find themselves online probably sink into a much more silent despair, battening down the hatches and trying their best to avoid anybody finding them again.

Over the past several years, the creepshot has gradually moved beyond its role as a tool for the self-entitled to sexualise or humiliate strangers, becoming a tool coopted by anti-creepshotters interested in using the perceived creeps’ own techniques against them. On the ‘Men Taking Up Too Much Space On The Train’ Tumblr, for example, readers are encouraged to snap pictures of men on trains who are sitting with their legs spread, in order to draw attention to ‘public assertions of privilege’. Photographed subjects, usually with their faces visible, then become open for discussion, drawing comments about their genitalia, clothing choices, or apparent sense of entitlement.

Just as there is something disempowering about being the victim of a creepshot, there is something hugely empowering about being a creepshotter, which is perhaps what makes ‘Men Taking Up Too Much Space’ and other sites of its ilk read differently to ‘Girls in Yoga Pants’. While regular perverted or humiliating creepshots usually rely on an already-powerful photographer reveling (even if not necessarily entirely consciously) in the objectification or disgrace of a weaker party, ‘social activist creepshotting’ seems to function differently. In the case of ‘Men Taking Up Too Much Space’, emphasis is placed on the presumed powerlessness of the photographer, the creepshot becoming admissible because the photographer has ostensibly already been victimised (by having their space impinged upon by the leg-spreader or one like them). In the case of ‘Men Taking Up Too Much Space’ and blogs like it, then, the creepshot is intended not to be read as a creepshot at all, because the ’shot is presented as the righting of a pre-existing power imbalance. Similarly, because the explicit goal of creepshot archives like ‘Men Taking Up Too Much Space’ is to increase public awareness of the performance of masculinity, the ridicule and shaming of individuals can be dismissed as secondary, a necessary by-product of effective consciousness-raising.

There is a relationship between catcalling and creepshotting. Both are practices that involve the reduction of strangers to objects to be gawked at and commented on, which is what makes ‘Men Taking Up Too Much Space’ interesting and complex. Photographer Caroline Tomkins’ ‘Hey Baby’ project, which involves her objectifying her catcallers by subjecting them to her own photographic gaze, plays explicitly with this relationship, but ‘Men Taking Up Too Much Space’ does so in a less straightforward fashion. The fact that many of the subjects in ‘Men Taking Up Too Much Space’ are personally identifiable, for example, differentiates it from less popular blogs like ‘Your Balls Are Not That Big’, in which images of the same kinds of ‘offenders’ are mostly cropped at the neck. On these kinds of anonymising ‘anti-spreader’ sites, each individual is simply presented as a member of a class of anti-social male passengers, mitigating direct personal attacks in which the individual is further humiliated. On non-anonymising social activist creepshot blogs like ‘Men Taking Up Too Much Space’, however, commenters use the images of leg-spreaders as an excuse to ridicule individuals personally, commenting on their face, dress sense, or likeness to fictional serial killers. ‘Men Taking Up Too Much Space’, in other words, more directly hijacks our contemporary obsession with schadenfreude, and our desire to feel ownership over images of individuals that we disseminate for our own amusement.

If it is possible to justify acts of creepshotting in certain cases, it is worth questioning whether it becomes more difficult to challenge the practice in others. This is a particularly pertinent consideration as we move into an era of discrete, always-on cameras. There may be no way to prevent ourselves appearing in the pictures automatically captured by those wearing Narrative Clips and Autographers and next-generation GoPros, but norms surrounding the acceptable dissemination of images of strangers are still in question. Do we choose to normalise creepshotting, or do we decide to deride it?

‘Girls in Yoga Pants’ and ‘Men Taking Up Too Much Space’ are about as conceptually dissimilar as two sites can get, but there is a mechanism at work that both share, drawing on our interest in exerting control over strangers to humiliate them for our titillation. Activist appropriation of creepshotting may reclaim it from the anti-social, but it also promotes the practice of routine creepshotting as acceptable practice, making it more and more difficult to complain when we find ourselves at the other end of a camera for whatever reason, our pictures captured without consent.