Or: ‘Heat of the Moment’ as an epiphany in which Drake realises the urgency and importance of acting on climate change 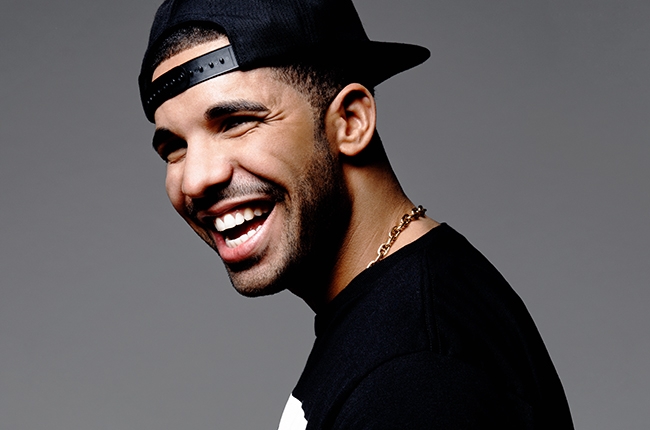 Jewish-Canadian African-American child-actor-turned-rapper-singer Drake recently dropped three new tracks, and the world expected them – as has been the case throughout his recording career – to be a versatile and multiplicitous offering, showcasing the diverse, hyphenate qualities of his appeal.

But Drake has countered all expectation and taken a left turn with soulful, heartfelt swooner ballad ‘Heat of the Moment’. He uses the song as a platform to rail against climate change and examine his own complicity in the ongoing degradation of the natural world.

So what happens when a huge rap star, at the peak of their influence, takes the ecosystem on their shoulders? Not much it seems; not even a hint of a revolution. Drake has mined the tropes of the hip-hop genre so cleverly that his critique is embedded beyond any overt, or alarm-raising recognition. His dulcet, milk-and-honey tones subliminally effect change on his listeners, without ever explicitly acknowledging his concern about climate change and desire to change the world.

At the beginning of ‘Heat of the Moment’, Drizzy broadens his scope from his usual self-obsession to a worldwide perspective, lamenting the decline of literacy rates worldwide: ‘all the schoolkids are so sick of books and learning / they don’t even read anymore’. The minor key, the gentle tempo, and the apparent lack of his frequently exhibited bravado set a very earnest scene. Drake has always distinguished himself from other rappers, by singing his own hooks, or by being personal and self-specific in his lyrics. He emphasises this point of difference here, underlining his intention to be relevant and meaningful to the school kids, and the wider world. ‘They just wanna be like all the rappers that I can’t stand / niggas we don’t need anymore.’

Having established that ‘Heat of the Moment’’s mode will be one of altruism and contemplation, Drake’s real agenda begins to emerge. In an offhanded, almost anecdotal tone, talking about some cops he saw in a doughnut shop, he slips in: ‘[they’re] talkin’ bout how the weather’s changing / the ice is melting / like the world is ending.’ One might, perhaps, assume Drake is referring to the usual ice melting in post-winter Toronto; especially given the line’s casual delivery and the beat-drop of the bridge that follows immediately after, as if forgetting he said it at all. But as we drop off this icy berg into the bridge – ‘She asks me, “who are you gonna be, when it’s all over, when it’s all over?”’ – it is apparent that Drake’s simple moment of contemplation has had a transformative effect.

He enters a state of existential reflection, with a realisation of his impeding mortality: what will be the intrinsic value of his music, if the ice caps melt and the world is no longer sustainable? Or perhaps more pertinently, he realises that with his stadium-sized cultural standing, and ability to impact on the world at large, he is in an undeniable position of power to enact meaningful change and ensure the survival of the planet’s ecosystem – a network nearly as complicated, beautiful, and wonderfully diverse as Drake himself.

Drake nails the chorus, using passionate sex as a metaphor for the way in which we consume energy wantonly, without any thought for its environmental impacts. The phrase ‘heat of the moment’ literally turns up the heat with each usage, as the listener swelters in its dual implication of sex and the impact of climate denial on the planet. The ‘strap’ (condom) that Drake doesn’t have on him is a poignant metaphor for his hitherto unprotected involvement with the neoliberal capitalist structures that enable his multi-million dollar success as a recording artist. He has engaged with these structures without giving any thought to the potential consequences if he proceeds with his irresponsible lifestyle of shallow pleasures. The reference to the ‘last man’ leaving his girl behind, and him picking ‘it’ up, is a sly post-imperialist nod to the ways in which the Baby Boomer generation have acted without care toward our planet, and an acknowledgement that Drake’s generation, which has perhaps previously been reluctant to assume this responsibility, must now do so.

The arrival of the second verse presents a further paradigm shift. Drake has bought himself a Prius – he’s ‘riding clean’ – and yet, in this confession he makes directly to God, he is still thinking about his many luxurious gas-guzzling mistresses – ‘but I’m thinking dirty things, yes Lord, yes Lord’.

He continues this prayer-like lamentation, harking back to his Jewish roots recalling King David who, having seen Bathsheba, was unable to unsee her: ‘I’ve seen some things / I wish we had met when I was in my teens, yes Lord, yes Lord’. Drizzy admits to wishing he’d been aware of his interdependence with Mother Nature earlier on in life, now feeling tainted by his past consumptive sins (see Drake’s verses on ‘Versace’ or ‘Pop That’ for key examples of these previous transgressions). Additionally, his love of ‘switching up’ both his women and his cars act as key metaphors for Drake’s larger environmental statement: that all this consumption, all this disposability, all this having and then giving away, is ultimately unsatisfying. He finds meaning in his new anti-capitalist resolve (embodied by the Prius) and wants to develop a more meaningful connection with his possessions and with the right girl: ‘Next time we fuck I don’t wanna fuck / I wanna make love’ (‘Own It’).

When his girl tells him ‘you don’t know how good it is to be you, ‘cause you’re him’, Drake realises how lucky he is to have unlimited choices for the ways he can consume (or perhaps conserve) energy, and furthermore, having the power to enact positive change in the community at large, and to use his standing to actively critique the culture of mass consumption of which he has, until now, perpetuated. He says simply: ‘well goddamn’. A realisation, a statement of both power and responsibility, purpose and intent.

As we drop into the second bridge, the question of ‘who are you gonna be?’ changes into ‘who am I gonna be?’, sending us tumbling over the White Cliffs of Affect into solipsistic hypersensitivity. This is fertile territory for Drake; his über-emotions and his softness make his fans quiver and his detractors wince. This pure, earnest yearning is his trademark, one propelled by altruistic sentiments. When his recording career ends, Drake wants to be perceived as more than merely a rap star: he wants to make a real, Bono-esque contribution, enact change, become an environmental ambassador for his home of Canada and for the world.

Through the hedonism and the heat, Drake longs to use his immense status as a catalyst for change. Even so, he asks the listener to forgive him when he fails in this – the heat of the moment can be too much for all of us, even Drizzy, and the immense engine of success can offer us too many distractions to ever see reality clearly: ‘can’t see ‘em cause the money in the way’ (‘The Motto’). Even among those who claim to be concerned about the environment, the lure of denial is difficult to resist: ‘I don’t wanna think about that right now / heat of the moment’.

The spoken-word epilogue is an affirmation, or an echo of the song’s core themes. Drake’s father rambles that ‘women are too fucking hot, they’re too hot’, and that ‘that’s all it is, it’s the heat of the moment,’ and that it’s important to ‘use a fucking condom’. The world is warming. We are mutually dependent on unrenewable, pollutant sources of energy. The need for greater foresight is increasing. And Drake is going to lead the way toward a sustainable future, one pop gem at a time. 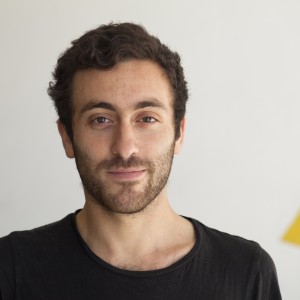 Justin Wolfers is a writer and editor from Sydney. He edits Seizure’s AltTxt project, and has written for places like The Lifted Brow, The Australian, Penguin Plays Rough, Stilts, and the UTS Writer’s Anthology.