Can too many parts destroy an adaptation? The Hunger Games: Mockingjay – Part 1 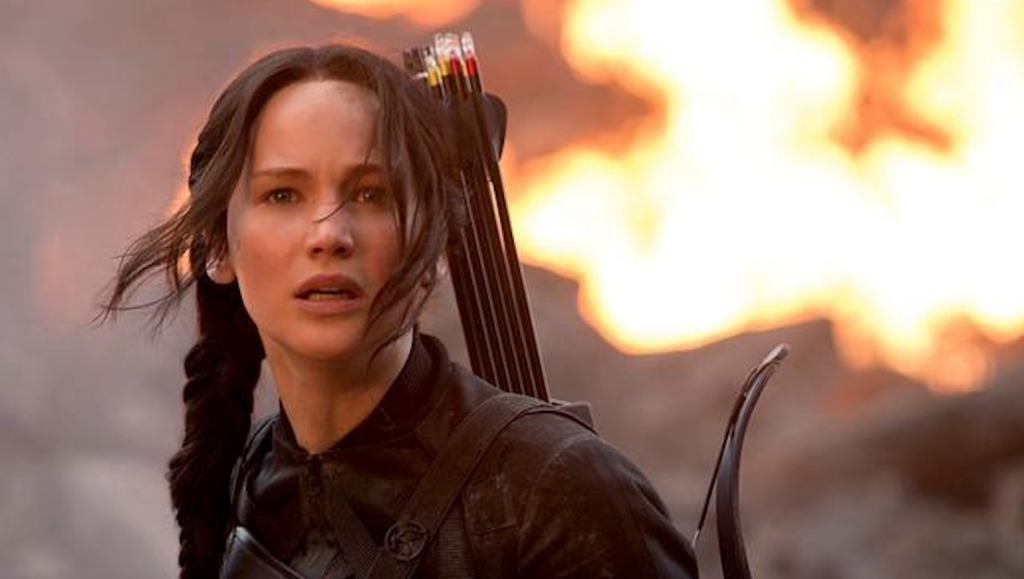 This scene embodies the entire argument for the trend of dragging out book-to-film adaptation franchises. The scene doesn’t exist in the original books, where Katniss’s perspective precludes our witnessing of any scene in which she does not feature. Regardless, here it is, and it’s probably the film’s finest moment.

In 2010–11, Warner Bros gave itself a lot to answer for when it split Harry Potter and the Deathly Hallows across two films. Apparently seven installments and the associated billions of dollars attached to the mammoth franchise were not enough – they wanted more.

It follows that most adaptation franchises since then have been doctored in much the same way. Three books will become four film adaptations of Veronica Roth’s Divergent. For Stephanie Meyer’s Twilight series, four books became five films – and a lesson in testing the patience of one’s audience. And, in the most absurd case of franchise bloating yet, Peter Jackson’s adaptation of J.R.R. Tolkien’s The Hobbit turned one book into three bulbous films. 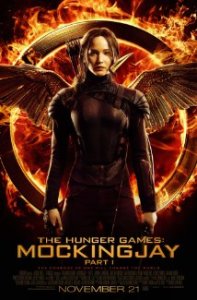 Although it’s painful to give credit to such a greedy move, the split has provided director Francis Lawrence with something rarely accepted in adaptations: creative license. Released from the constraints of transposing a whole novel into two hours onscreen, Lawrence has been gifted space. With it, he reinvents, reimagines, and produces a considered, surprising work. It subscribes to the adaptation caveat of the New Yorker’s Richard Brody: ‘The first rule is there are no rules’.

It’s a relief to feel the weight of fidelity lift off an adaptation film. Lawrence’s reinvention becomes a meta-exploration of fame, franchise and future. It’s more in tune with our world than the other Hunger Games films; and more portentous of the impending danger we might face.

It demonstrates why dystopias are still so popular as the setting for contemporary YA books. As Alex Campbell writes for The Guardian, what appeals is the journey from dark to light, to ‘go on a fight and come out the other end a little more liberated’. When the future is uncertain, as it often is for teenagers – and indeed for all of us – to see someone battle through horror, and survive, is a source of great comfort.

And in Mockingjay – Part 1, Lawrence gives us unfettered access to the horror and the hope. As ever, at the centre is fantasy bestie Jennifer Lawrence as Katniss Everdeen. The film sets her alight, and gone is the inertia of the opening chapters of the book Mockingjay. Instead, Katniss is always moving, shouting, firing arrows and shirtfronting, and always, always choking back tears.

In many ways Lawrence is like a painted puppet, moved by the viewer’s whims. When we expect complication, Katniss fumbles a video shoot; when we crave action, her resolute scowl surfaces; when things turn macabre, the iconic single tear springs forth. We feel autonomous; but really, she is telling us what to feel and how to respond. Lawrence’s performance is also a masterclass in disentangling a book from its first-person narrative; a truly excellent actor can portray one thousand voice-over ruminations with just one look.

This is a lesson Baz Lurhmann should’ve learned for his Great Gatsby adaptation, where Nick’s narrative voice from the novel is transposed on the screen as great ribbons of cliché rising out of Tobey Maguire’s typewriter. Lurhmann wasn’t gutsy enough to let his glorious visuals stand – the riotous shirt-tossing scene, or the fragile assertion of machismo when Tom Buchanan presses his forehead against Gatsby’s brow in the Plaza Hotel. Worried perhaps that we wouldn’t get it, Lurhmann plagues us with insidious voiceover that is rather like listening to an audio book.

Happily, in Mockingjay – Part 1, Katniss’s thoughts require no voiceover track. Just as we stalk Jennifer Lawrence through the burrows of the internet, so too the camera pursues Katniss in Mockingjay. We see her from every angle: in President Snow’s (Donald Sutherland) maniacal and Patrick Bateman-esque smile; in Plutarch’s hooded, calculating stare, and in the doe-eyed sorrow of Gale’s (fantasy boy toy Liam Hemsworth) simpering pouts.

Lawrence the actor intersects Katniss the Mockingjay. The film knows this; it winks slyly at us throughout. Plutarch’s stirring video to promote the rebel cause ends with the same fiery logo and four-note motif as the Mockingjay trailers. It’s an ingenious, gleeful joke.

This new dimension of insight elevates The Hunger Games to something more vital and much more impressive. It becomes a wry love/hate letter to the popular culture vulture: scolding us for hounding Lawrence; mocking our idolisation of the hunk Gale or the maestro Plutarch; exposing the dangers of performance, falsehood and insincerity.

Fidelity in adaptation can be a wearying discourse. But, as Robin Swicord suggests, the ‘business of filmmaking shapes material’, and as long as Hollywood is churning out endless celluloid carbon copies of the Times bestseller list, we’ll never be rid of the debate. At least films like Mockingjay assert the value of unfaithful adaptation filmmaking.

In Lawrence’s film we see new things, discover new secrets and, thus, we learn more. And really, what fan of book or film wouldn’t want that?