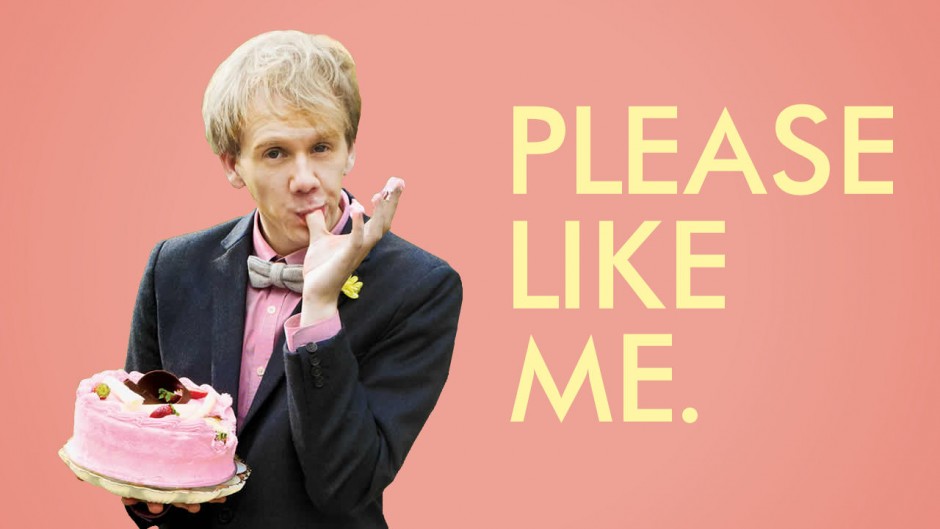 Last week I sat down to watch Please Like Me and was pleasantly surprised. Relying on contemporary audiences’ predilection for screen-based awkwardness, humiliation and inept characters, Josh Thomas’s comedy-drama is really quite likeable (even if most of the characters aren’t).

The first season takes the form of six well-developed episodes, written by and starring the comedian as a capricious fictional version of himself. Commencing with Josh being dumped by girlfriend Claire (Caitlin Stasey) over an expensive sundae – she thinks he’s ‘probably gay’ – the show follows the struggles of Josh, his immediate family, and his group of friends.

As the show’s millennials and boomers navigate their personal crises, Josh is always at the centre, struggling with the dating scene and his mum’s suicide attempt. Picking up the first season’s narrative threads, the second season fast forwards to a couple of years later. After Josh’s mum, Rose’s (Debra Lawrance), second attempt to take her life, she’s now based in a psychiatric facility. Meanwhile his dad (David Roberts) has fathered a child with his new partner Mae (Renee Lim), and his BFF Tom (played by Thomas’ real life best friend Thomas Ward) is dating a high schooler. All the while, Josh is once again enduring the trials and tribulations of love, family and friendship in his Melbourne-based sharehouse.

Like many others, I was initially blasé about Please Like Me. I was somewhat intrigued by the controversy around how the show had been shifted (or shafted, depending on who you’re talking to) from ABC1 to ABC2, but not enough to grab a screener. Even after it was picked up (or ‘saved’) by US cable channel Pivot and subsequently made multiple ‘Best Shows of 2013’ lists worldwide, it still didn’t really register on my radar.

Currently halfway through its ten-episode second season, Please Like Me steadily gaining the attention of local audiences. Perhaps it was ‘Josh Thomas baggage’ – as cultural critic Dion Kagan dubs it in his wonderful Metro Magazine article – that kept local audiences away. Thomas holds a particularly individual and divisive position in our pop culture landscape; a comedic wunderkind who has been doing the comedy rounds for roughly a decade, twenty-seven-year-old Thomas rose through the stand up ranks to emerge on top (i.e. on TV). Thomas – equipped with skinny jeans, bow ties and an outspoken attitude – is a deliberately whimsical presence (think ‘adorkable’, then hate me for making you think of that word). These traits, when combined with youth, can ostracise audiences. This, along with his saturation for Australian audiences as the millenial voice on the likes of Optus ads and Talkin’ ‘Bout Your Generation, could go some way to explaining why local viewers have hesitated to embrace Please Like Me, even though US audiences – including New Yorker TV critic Emily Nussbaum – have taken to the show.

I implore you to check your baggage. Once I watched Please Like Me, mine was dumped out the front of my own Northside sharehouse like hard rubbish. The show offers far more to latch on to, than any reluctant connotations associated with Thomas’s public persona.

Exploring a wealth of themes – predominately LGBT politics, generational commentary, and mental illness – Please Like Me offers considered moments of both drama and humour. As I powered through the seasons one discs and season two on iView, it wasn’t Josh’s burgeoning sexual identity or his dad’s midlife crisis that resonated; it was the relationship between Josh and his on-screen mum, who has bipolar disorder.

Thomas has spoken to how this incredibly sensitive yet hugely relevant narrative thread was based on his real life experience with his own mother’s mental health – the show is semi-autobiographical after all. The candid subtleties of the on-screen mother-son relationship in the first season have been replaced with a more overt exploration of mental health in the second, with the psychiatric facility given specific focus and a host of newly introduced characters foregrounded.

It was an ingenious decision to cast Debra Lawrance as Josh’s mentally ill mother. Lawrance, who played everyone’s favourite foster mum Pippa on Home & Away from 1990-98 (formative years for many local Gen Ys), is a talented actor who balances an endearing sincerity and sentimentality with her natural comedic talents. To many of us, she exudes pre-packaged TV maternal goodness – total bonus – and her performance as a bipolar sufferer is excellent. However, Denise Drysdale as fellow bipolar patient and all round whirlwind Ginger is an overly slapstick representation of an absolutely serious condition.

Thomas seems reluctant to engage with controversy, and has been careful to discuss this season’s focus on mental illness through Rose’s relocation and diagnosis. He’s also been sure to acknowledge that the writers did a lot of research in preparation, and Please Like Me presents only one of many possible portrayals of a complex issue.

‘My mum has been in a psychiatric hospital, so I have lived it. We also did a lot of research with the Melbourne Clinic and Black Dog in Australia,’ Thomas stated in a recent AMA. ‘What we learnt is that Psychiatric Hospitals vary widely. Some are extreme, they can be terrifying. Some are quite lovely. The universal thing they have is that it’s a lot of people trying their best to be happy, which can be fucking challenging.’

It is challenging, which is why the increasing prevalence of depictions of mental illness on our screens and in conversations led by Australian media figures should be embraced. We’re speaking openly about something which is often hidden from public discussion, but which affects a large amount of the population.

Internationally, Pivot have partnered with the National Alliance of Mental Illness to highlight how mental illness affects one in four individuals in their lifetime, attempting to fight stigma and shed some light on the issues surrounding mental illness. Only this week, Thomas addressed US congress on mental health in Washington, which is a huge step.

Locally, the ABC recently announced Mental As…, a special cross-platform programming event to coincide with Mental Health Week (starting October 5) in Australia. It features a host of special programming across the week, including new sitcom Timothy, a dedicated episode of Q&A, and a three-part documentary Changing Minds. Supported by a wealth of local celebrities (from Rove McManus to Missy Higgins), Mental As… will conclude with a fundraising show, Friday Night Crack Up, hosted by Eddie Perfect.

While the jury is still out on the success of Please Like Me’s efforts to address ideas around mental health, the discussions both its seasons have provoked and continue to encourage are incredibly important. That, I definitely like.