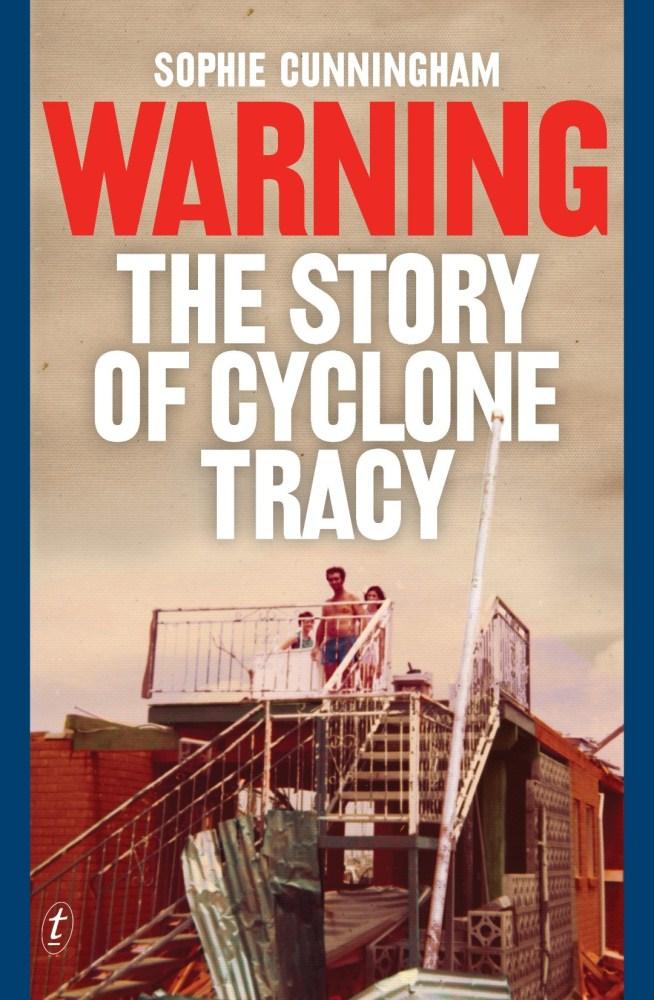 My parents moved to the tropics in 1979, five years after Cyclone Tracy. Growing up, cyclones were as much a part of my Christmases as tinsel and Bing Crosby. For the most part I loved cyclone season: floating on my back in the local swimming pool feeling the air grow dense around me and watching the sky move, as Sophie Cunningham puts it, ‘like a living thing’. But there was an undertow to my pleasure even as a small child, and that undertone was Tracy. Every Christmas concert we primary school kids had to sing the rather mawkish ‘Santa never made it into Darwin’. The idea that something so terrible could happen on Christmas (Christmas!) was almost too much to bear, and more than one kid broke down in tears.

‘These,’ writes Cunningham, ‘are the bare bones of it:

‘Around midnight on Christmas Eve, 1974, a cyclone hit Darwin. Around seventy-one people died, hundreds more were injured and seventy per cent of the homes of Darwin’s 47,000 inhabitants were laid waste. That left only five hundred residences habitable out of some twelve thousand. Every single public building was destroyed or seriously damaged… In the week after Tracy, close to thirty thousand people were airlifted out of the ruined town in what remains Australia’s biggest evacuation effort.’

We’ve had national disasters in the forty years since Tracy which have caused greater loss of life and been captured in greater and more immediate detail, but Tracy’s iconic status in the national consciousness endures. Why she remains pre-eminent is partly the subject of Sophie Cunningham’s Warning: the Story of Cyclone Tracy. Cunningham combines the same interrogation of place evident in Melbourne with a novelist’s flair for pace and drama. The end result is a gripping exploration of how human beings respond to trauma, both in the immediate aftermath and, later, in how it is remembered, re-packaged and mythologised.

The oral histories in the Northern Territory Archives, recorded from the early 80s to the early 2000s, are used to great effect in the book, including in recreating the storm’s surrealism:

‘Cedric Patterson’s archival interview reads like a dreamscape as he talks of his house slowly falling apart and the stars coming in. He saw ‘a piece of asbestos cement about the size of a dinner plate and it was just floating in the passageway. And I can remember brushing it out of the way with my hand and thinking: ‘That’s strange.’’ He talks of hiding under the drawer and feeling dazed, of walls collapsing. Walls are described as ‘melting’ and one man describes being sucked out of his roofless house as if he were riding a magic carpet.’

Cunningham approaches her subject as social history, so although the government and military leaders charged with responding to the disaster and their (sometimes rather dysfunctional) dynamic are explored, the focus is on ordinary people who experienced the extraordinary. In various chapters she explores what it was like to be a policeman organising the make-shift morgue, and what became of the ‘long-grassers’ – the Indigenous people who made camp in and around Darwin – and the ‘hippies’ who lived in the Lameroo Beach ‘commune’.

What was it like to be airlifted out of Darwin especially if, as Cunningham suggests, the evacuation was mandatory rather than voluntary, especially for women? And did the mass evacuation help or hinder recovery from the trauma? How did racial tensions between Darwin’s Larrakia people, Greeks, Chinese and others play out in their responses to the cyclone? Two especially fascinating chapters (‘Daribah Nungalinya’ and ‘I make this place as I go’) explore what Cyclone Tracy means for indigenous people. ‘There is no doubt,’ writes Cunningham, ‘that the cyclone was seen as a call to arms for Larrakia culture.’ Even the fate of Darwin’s pets after the cyclone is explored (and will make tough reading for animal lovers).

Memory is a recurring theme in the book, from how Cunningham herself misremembered reportage on Tracy to how, in the aftermath of trauma, myths stuck fast. ‘One persistent rumour was that there were thousands of bodies under the wreckage of the northern suburbs and that, as a consequence, mass graves were dug and bodies dumped in them.’  Cunningham is also explicit about what Tracy means, or should mean, for us now.

‘While many of us may not like talking about the weather, we have to. We certainly can’t, as was suggested during the Blue Mountains bushfires of October 2013, avoid talking about disaster and climate change for fear of ‘politicising’ pain and suffering.’

Although Cunningham warns we can expect more Tracys unless and until we begin to take climate change seriously, Warning is neither didactic or polemic. Cunningham herself concedes that as a non-Territorian and ‘outsider’ she has likely got some things wrong, and that the ‘meaning’ of Tracy is closely guarded by Darwin’s residents, past and present. The end result is a sensitive, compelling and eminently readable book that reminds us, as Cunningham puts it, ‘weather is never just weather’.