KYD No.18 teaser, ‘Edges, Centres and Futures: Reflections on Being an Indigenous Speculative-Fiction Writer’ In the third and final KYD No. 18 teaser, Ambelin Kwaymullina reflects on Indigenous philosophies and histories that informed the ideas in her novels.

I am often told that it is unusual to be both Indigenous and a speculative fiction writer. But many of the ideas which populate speculative fiction books – notions of time travel, astral projection, speaking the languages of animals or trees – are part of Indigenous cultures. One of the aspects of my own novels that is regularly interpreted as being pure fantasy, that of an ancient creation spirit who sung the world into being, is for me simply part of my reality. And Indigenous people have been contributing to speculative fiction for many years, so much so that a multitude of stories was recently brought together in Walking the Clouds: An Anthology of Indigenous Science Fiction, edited by Anishinaabe scholar Grace Dillon. Speculative fiction – whether it involves works that might be traditionally thought of as fantasy, or as science fiction, or as anything in between – contains much else that is familiar to Indigenous peoples of this planet.

For centuries, Indigenous people have been written about as the exotic, the savage, as childlike primitives and as the helpless victims of ‘progress’ who quietly faded away in the face of superior European cultures. We have been written about as though our own cultures are frozen at some point in the distant past and as if we all look and act the same, so that  – to the extent that there is any variation from someone else’s idea of us – we can be accused of not being sufficiently Indigenous. We have been written about as though non-Indigenous people are entitled to define our identities, our histories, and our ultimate destinies. I find all such works to be works of fantasy. And yet I would not find these writings in the speculative fiction section of a bookstore; in fact, I wouldn’t even find them in the fiction section. These stories have been presented as history, as academic analysis, and as simple fact. 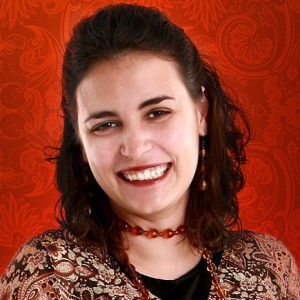 Ambelin Kwaymullina is an Aboriginal writer and illustrator from the Palyku people. The homeland of her people is located in the dry, vivid beauty of the Pilbara region of Western Australia. Ambelin has written and illustrated a number of award winning picture books as well as writing a dystopian series – 'the Tribe' – for Young Adults.